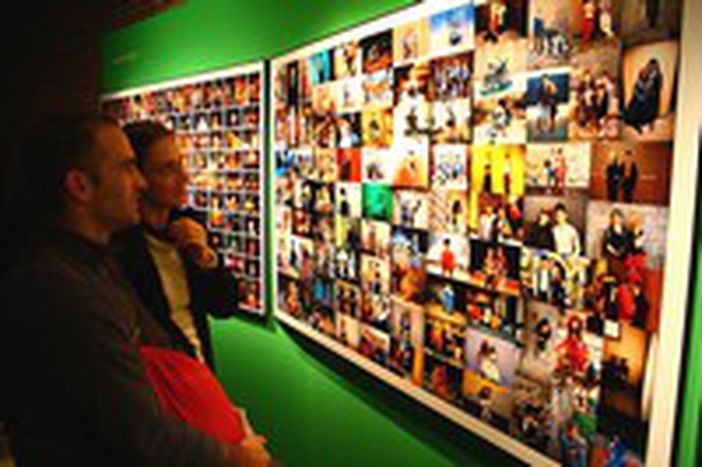 La Movida's young artists opened Spain to the rest of Europe at the end of the seventies. But crazy youth movements are no longer 'à la mode'

A young man sits on his motorbike and peers into the camera behind him. The wind ruffles his flaky hair and before him lie the streets of Madrid. 'Self-portrait: On the Motorbike' is the name of the image which Spanish photographer Alberto Garcia-Alix captured in 1978. You can see the scorn in the look the rider casts back into the past. The picture is a symbol of 'la Movida'.

When Spain’s dictatorship ended after Francisco Franco's death in 1975, the country began to strip off the heavy chains of the corrupt state with great difficulty. This period was the birth-hour of 'la Movida', a colourful throng of artists in a socio-cultural movement who threw post-Franco Spain into disarray in the eighties. Among them were director Pedro Almodóvar, female singer Alaska and photographer Pablo Perez-Minguez.

Thirty years later, Madrid looks back nostalgically. The numerous exhibitions, concerts and films that were shown in Spain’s capital from November 2006 up until February of this year allowed la Movida’s bizarre works of art to come alive again. The years during which the rogues of Spain's middle classes were up to their naughty tricks have not lost any of their charm: the uninhibited chaos and liberating breaches of etiquette are all present in the photos, films and music of the Movida movement.

The reason why we look on the work of these years so reverently is probably because we can sense that we have long since lost the spring-like feeling of impending freedom. Western Europe has lost the hope of awakening and with it the passionate, unifying youth movements of the sixties and seventies. The Swinging London and riotous France of '68 was followed by Spain's 1976 Movida, portraying Europe as a rebelling adolescent. In this day and age, it has grown into an adult suffering a midlife crisis. What remains are culturally industrial bargained away retro bands, vintage clothes and stylish designer chairs in garish seventies-style orange.

Young people no longer want to be a part of a youth movement. Nowadays all the fashions and attitudes are mixed together in a brightly coloured, post-modern pulp. The young person at the beginning of the 21st century pieces his identity together out of the valued peace of sunken youth movements. The adaptable and mobile Ipods listeners and frequent fliers did not want to let their lives be directed by movements of any kind, which come with mutual attitude and clothing constraints. The only people who have ideals are those who receive the Hartz IV.

So has capitalism finally suppressed the rebellious impulse of youth? Not completely. It could also be that young people nowadays are not only richer and more self-centred, but also freer. Without the oppression of the Franco years there would have been no 'Movida'. Without the stink and decay of the post-war period students would not have taken to the streets in Paris and Berlin in 1968. Because the authoritarian constitutions of those days have disappeared, criticism and rebellion decline and with them, art.

When former East Germany (GDR) Minister for the Arts, Bruno Hempf, is reunited after the revolution with writer Georg Dreymann in the Oscar-winning film 'Das Leben der Anderen' (The Lives of Others, 2006), he sneers 'it is almost certainly a lot harder for you to write now.'

The dictator's injustice and oppression have ended – and without them artists lack material. In a world where everyone is allowed to do anything and all taboos have been broken, young people do not know what to rebel against. We will wait in vain for a new 'Movida' in Europe.