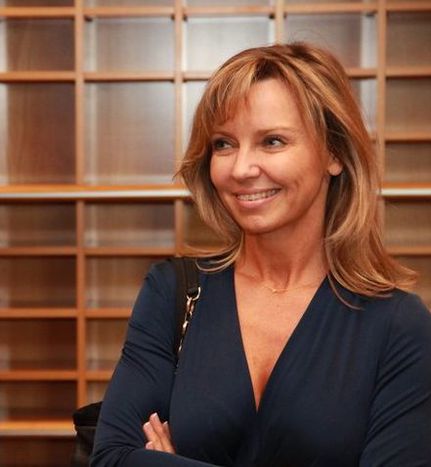 Frédérique Ries: from journalist in Luxembourg to MEP in Brussels

After fifteen years in journalism, the 52-year-old decided to make her mark at the European parliament. A decade on and she's still going strong. Portrait of a passionate figure whose passage into politics has not been without its pitfalls

'In July 1998, I found myself looking for work. To cut a long story short, I was asked whether I'd considered a route into politics. It was only nine months until the Belgian regional, legislative and European elections, and I did not say yes straight away. I am not Belgian after all; I'm Luxembourgish, so therefore I could only present myself as a European candidate.'

Transition from analysis to decision-making

You might think it was because of her nationality that Frédérique Ries was forced to look towards Europe, but this is not the case. In fact there are numerous factors. 'With a Luxembourgish father and a Flemish mother raised in England, I already felt very European,' she says. 'Europe is my home, my natural habitat.' In addition to feeling comfortable, the member of European parliament (MEP) who sits on the environment, public health and food safety committee already knows her domain very well. Her journalistic career in Luxembourg gave her the know-how to really get to the roots of problems. However she has often found the transition from analysis and commentary to decision-making frustrating. 'There are things we regret. Not our choices, but the way in which Europe is reported, or rather is not reported, by the press.' 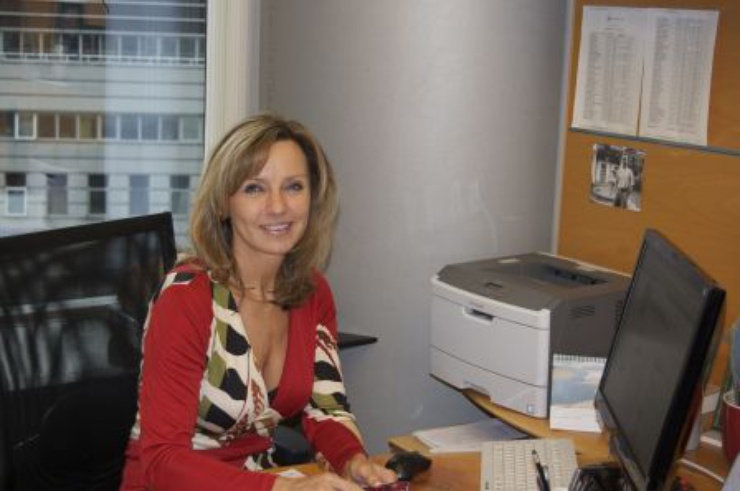 It is a criticism that Ries could extend to her parliamentary colleagues, often with many certainties. Frédérique does not hide from it; she is often difficult to work with. However when one has been a journalist for over a decade, you caution your own reflexes and question everything. 'I am a walking, talking Thomas the apostle. My experience in journalism that has made me so. I never take all words as read. I listen to 'a' and then I listen to 'b' and if those two opinions do not correspond, it is frustrating, but I will go and find a 'c'.' This attitude is not common in politics. 'Certain colleagues, not all of course, often give the impression that they have the answers but have no questions,' Ries admits. 'Politics is more in the response. Some, without doubt, should listen more to what is being said.' 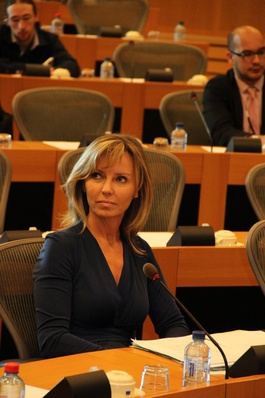 That said, to be in the European parliament does not move one away from the lives of ordinary citizens - especially since 70% of our laws come from being part of the European union. Frédérique Ries understands this. 'To be a politician is to make laws. To be a European politician is to make laws for 500 million people. We work for these people; we make their daily lives simpler, even if we don't have the means to directly provide them with something such as regular advice surgeries in the constituency for example.' This is where, according to Frédérique, the biggest difference exists between European and national parliaments - the 'classic' politicians and the MEPs. 'There are a whole series of differences, one of which regards speaking time. When 'classic' politicians first arrive in Brussels from their national governments they are stunned at being allowed just one minute in general, or two minutes when there are not many members who wish to take the floor. The other big change resides in the fact we work through translation. Everyone wears their headphones. The majority of members deliver prepared speeches from a piece of paper to try to be concise and respect their allotted speaking time. All this modifies the substance and style of the debate. It is less aggressive than the 'classic' politician is used to because there is simply not the time to respond to all criticisms.'

In 1999, her electoral baptism of fire, Frédérique Ries amassed 160, 000 votes. It is an enormous amount, due no doubt to her notoriety in the media. 'I cannot lie. It helped me be so well-known. You must not forget that via the daily news programmes on television, I was in everyone's living rooms every day for half an hour. Being famous was a shortcut, a formidable asset.' While that has helped her, it made others very jealous. 'Even within my own party,' adds Ries. 'I knew the political world well. Afterwards I learned how to get to know people. A number of my former colleagues were sceptical and wondered if one of their own could make it in politics. Every day, especially in the first days, we pay the price for being famous. You have to prove your competences and build yourself a new sense of credibility.' In her case, credibility that today is hardly debatable. Frédérique Ries is also a substitute in the industry, research and energy committee and a former member of the women's rights and gender equality committee. At almost 53 years of age, Frédérique remains busy.

In December 2010, the MEP lodged a complaint against the Flemish district of Grimbergen denouncing the 'resurgence of nationalism' fuelled by some of the residents there who sought to remove the French language from public spaces. Even today, the response to this complaint is still not forthcoming. Frédérique Ries knows how to smile but also knows how to make her mark, just as the small blue butterflies that flutter around her website only reflect one angelic part of life in politics.