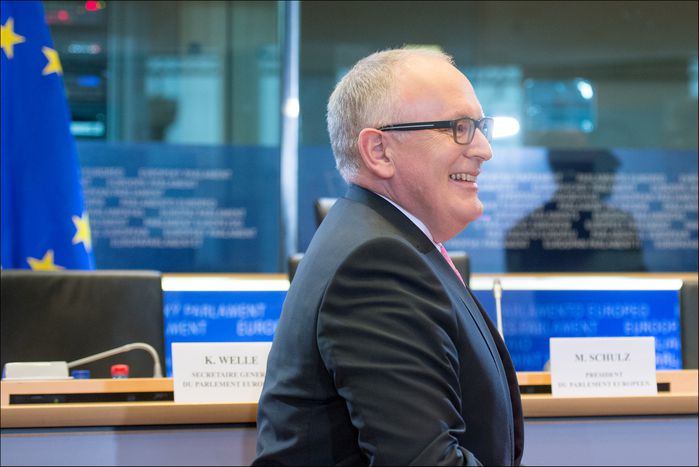 Frans Timmermans: "one for all, and all for one", a key element for European Success

During the last day of the “Candidate Commissioners” Hearings held at the European Parliament, Frans Timmermans, former Dutch Foreign Affairs Minister, shared his European view and passion for the future of the European Union.

Frans Timmermans, candidate for First Vice-President (Junker's right hand man), in charge of Better Regulation, Inter-Institutional Relations, the Rule of Law and the Charter of Human Right,  highlighted the major role the European Parliament is playing in a democratic exercise for transparency in the election process for the future Commission.

2014 is an important year to remember, not only because we are celebrating the 100th anniversary of the First World War (the Great War), but also because it is a year marked by the start of Junker's Commission - the first Commission elected following the Lisbon Treaty rules - working towards the future steps for building a new European era.

Mr. Timmermans highlighted the construction of the European Union as a result of a melting pot on which the EU founding fathers had put together all fragmented states, working side by side sharing values such as peace and prosperity for all the member states.

The current global, political and social challenges have brought new needs to be put on the Commission's Agenda. The Commission should be seen by the EU citizens as a problem solving organism, and not as a burdensome creator of bureaucracy.

As the First Vice-President, Mr. Timmermans would be chief of orchestrating a deep analysis and pragmatic restructuration of current legislation, strengthening the dialogue between national parliaments and EU Institutions. Removing administrative burdens also means the delivery of better regulation at the EU level. One of his main goals will be to make the functioning of EU Institutions practical for delivering results.

He openly asked for the engagement of the European Parliament in working together with the Commission on different issues: “the Parliament needs to do an assessment for highlighting the issues, getting rid of the burden of regulations in Europe.”

The strength of the Union will be working together to impact global issues, such as the Ukrainian problem or facing global threats, e.g. ISIS, or the economic crisis. The European Union’s success lies in collaboration and cooperation, "all for one, and one for all.”

He praised creating a legal framework that respects fundamental rights and better laws that work for Europeans. Looking for political dialogue, he proposed changing the organisation and having a “new attitude”. 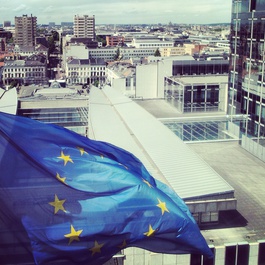 Going from irritation to inspiration”

“Europe indeed inspires people, but also irritates when it comes to regulation.” He asked to change the approach for making decisions, as a response to citizens’ demand to make the Commission more efficient.

“One of our major duties is to reduce legislation where it is not necessary,” restoring balance and confidence in EU citizens toward the Institutions. It is a fact that 85% of jobs created in the EU come from SME's.

“It is our duty to start providing concrete relief to businesses; the baker, and the butcher needs to feel the burden on them is less.” It is easy to blame EU regulations, as a part of human nature to always find someone or something to blame.

Better regulations will help the small entrepreneur to stop spending time filling out papers and to focus on his business and having successful stories that create more jobs.

“I am deeply convinced that if we failed to reconnect with the EU citizens the EU project then will be threatened.”

A mandatory registry of lobbyists in all the institutions will be implemented. This will bring greater transparency on inter-mandatory lobbyist registration.

Having full transparency across all three major Institutions in drafting laws  will be involved. There will be an impact assessment with full attention on policies to make the best judgment with the full expertise of the assessment board.

Also, he proposed that the council should follow the same assessment as the Parliament. He is confident that the Lisbon treaty still has potential to be developed: “let's don't rush things for big changes to the treaties”.

Human Rights enforcement based on cooperation

When he referred to the Human Rights chapter, he encourages the application of the Subsidiarity and Proportionality principles, as part of the HR Charter adopted by the EU Parliament and member states.

The different stakeholders (Institutions, HR activists, ONG’s) should cooperate in the enforcement of fundamental rights. Networking across different players is fundamental.

Mr. Timmermans is fluent in at least 5 languages, so as a multilingual he embraces the opportunities that multilingualism provides. “Multilingualism is a treasure,” and therefore minority languages will be looked after and respected.

The promotion and respect of fundamental rights is a responsibility to citizens. He exhorted the member states to not play with the difficult situation of double standards. Full security can only be obtained by looking after the application of a different legal mechanism, fulfilling the duty to respect the human rights.

He concluded his speech inviting all member states and Institutions to work together: “perhaps the success of European integration has been so deep that we have lost the sense of it. Europe has one capacity, the capacity to adapt to new challenges.”

“This continent has a bright future if we build together.” 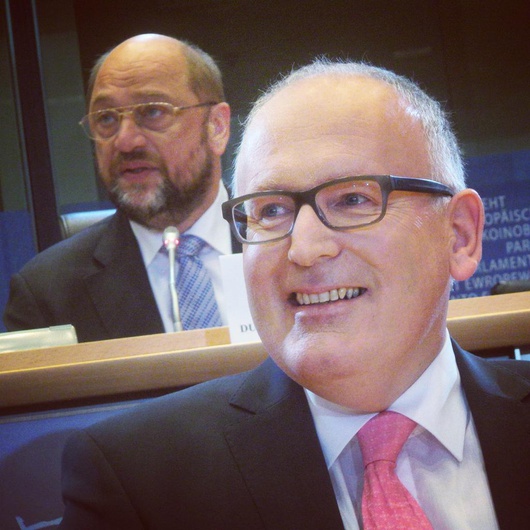