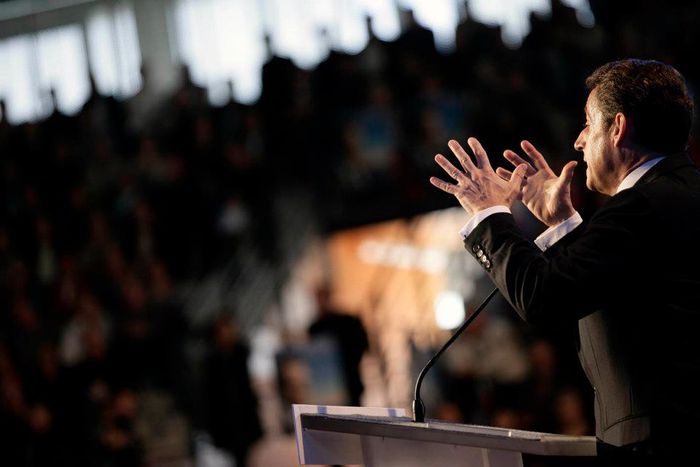 France's former President Nicolas Sarkozy was taken into custody and interrogated on Tuesday on suspicion of corruption and influencing judicial proceedings. This is the end of his political career, some commentators write. Others believe the French will forgive their former head of state's misconduct.

Newsweek Pol­ska - Poland: End of the road for sarko

Nicolas Sarkozy's interrogation puts a definitive end to all his dreams of making a comeback, but it also shows what a sorry state France is in, the news magazine the Newsweek Polska writes: "His career is now certainly over. Dreams of a victory in the 2017 presidential elections belong to the past. Because a total of six investigations have been launched against the ex-president. ... That means that Sarkozy is no longer a politician, but a ticking time bomb. However his arrest concerns more than just 'Sarko'. It shows that France itself is in a terrible state. ... Because for the past 20 years it has barely introduced a single reform. And you can forget [President] Hollande altogether. There's no chance of his getting any better at leading the country. ... The way things stand, France doesn't have a single real politician."

Despite his arrest Nicolas Sarkozy could still make a political comeback for the presidential elections in 2017, the liberal-conservative daily Neue Zürcher Zeitung writes, recalling that he's not the first French president to get on the wrong side of the law: "His predecessor Jacques Chirac was even given a suspended sentence over a financial affair. However Sarkozy - who's as ambitious as he is conscious of his power - has an even bigger reputation than others for believing he's above the law. ... Nevertheless this doesn't necessarily put an end to his plans to return to national politics. The French are generous with their leaders. Debates over virtuous conduct, plagiarised doctorates or extramarital affairs of the kind to be seen in Germany or the US mostly provoke only a shrug of indifference in the land of joie de vivre. And such misconduct rarely ends a political career."

Not just because of his legal problems but also because of his poor performance as president, the UMP would be ill advised to make Nicolas Sarkozy its leading candidate in the 2017 presidential elections, the conservative daily the Financial Times comments: "Mr Sarkozy's supporters insist he can overcome his legal difficulties and provide the centre-right with a credible challenger for the presidency. But even assuming he can clear his name, Mr Sarkozy is not the man for the job. ... His presidency was damaged by hyperactivity and by a vainglorious image that led to him being dubbed 'President Bling-Bling'. Despite his pledge to implement a significant reform programme - a proclaimed 'rupture' with the past - he fell short, failing to match words with deeds. The centre-right should look to other, less flawed, figures as a future presidential candidate."

The arrest of a former president is so unusual that it also raises questions about whether the steps taken by the French judiciary are justified, the liberal business paper L'Opinion suggests: "Are the judges getting their own back against the man who so often pushed them around? Could it be that their agenda directly reflects the political calendar? ... Do the various affairs, each of which leads to new ones - with the result that no sooner are cases submitted to the courts than they are dismissed - bespeak a well-functioning judiciary? Will the mounting number of cases shake the faith of Sarkozy's supporters? ... These profound doubts give rise to feelings of unease. In a sick country, where negative economic and social developments are the order of the day, the suspicions that pervade all spheres of public life have convinced many citizens that politics is a lost cause. This does not bode well for democracy."