The majority of Europeans favoured Kerry, but victory slipped through his fingers. Bush’s second term in office is almost upon us. What does this mean for Europe? 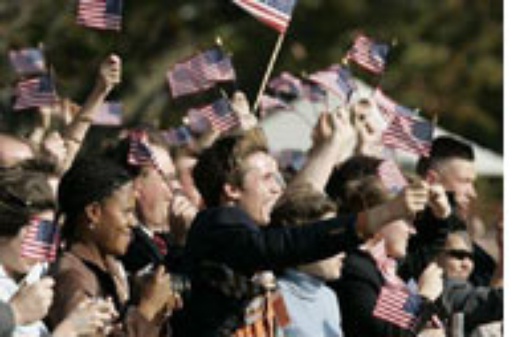 Bush’s victory means that Europe will spend four more years struggling with its American partner and the prolongation of “frozen” relations on many fronts of foreign policy, such as the International Criminal Court and the Kyoto Protocol. Bush’s extra years in the White House will also mean that Europe will have even bigger problems in defining its own interests and in finding consensus on important issues, such as the budgetary provisions for the period 2007-2013 and the Constitutional Treaty ratification. In addition, it is possible that with Bush in office it will be easier for certain European leaders, such as Blair, Berlusconi and President Kwaniewski to pursue more pro-American policies at the expense of European integration, especially in the area of building a common EU military arm.

Politically, Europe stays divided with Bush still in office. Germany and France will remain at odds with the more pro-American countries, leaving Europe ‘leaderless’ as no other country is willing or capable of becoming a “driving force” of European integration. As a result, Europe will have even more problems identifying its new role in the world. The continuation of the 43rd presidential mandate is also likely to lead to further anti-Americanism across the old Continent. But, paradoxically, this could play an integral role in the construction of a European identity as it provides a common ‘enemy’.

Europe left in the cold

However, if President Bush continues with his current policy towards Europe, that of divide et imperia (divide and rule), this will have an important influence on the outcome of various European domestic elections in countries such as the UK, France and Poland. This is due to the fact that political discourse in many European countries will be driven by attitudes towards American actions. Yet again, Europe will be reacting to US world policy rather than creating its own. Likewise, during Bush’s second term, Europe will probably have to deal with even more unilateral US foreign policies as Bush, unlike in 2000, has won the popular vote (he gained over three million more votes than Kerry). Moreover, Bush’s “missionary” tendencies mean that there will probably be at least one more war. Where? Who knows where he thinks more weapons of mass destruction may be... Saudi Arabia? North Korea? Belarus? Costa Rica? Costa Brava?

Bush’s unilateralism constitutes an immense challenge to Europeans, since Europe and the US have completely different views on how to fight terrorism. This is particularly pertinent when one takes into account that a unilateral act by the United States may provoke a terrorist attack in Europe, as terrorists do not see much difference between Europe and the US. So, can Europe do anything about Bush’s second term? Apart from the obvious recommendations - such as working on consensus-building policy - there is one more rather Bush-style recommendation: pray, for Hillary Clinton to become the first female US President in 2008.