One month after the country's general election, King Felipe VI of Spain has met the leaders of the major parties to try to find a way out of the political crisis currently afflicting the country. What progress has been made so far?

"We may be seeing each other again," said King Felipe VI of Spain, with just a hint of jest, at the first talks aimed at forming a government. He was addressing Pedro Quevedo Iturbe, leader of the Nueva Canarias party, who hold a single seat in Congress. Despite his joke, there was something to his assertions, given the tough task that lies ahead for the Spanish king and the leaders of the country's political parties.

The elections that took place on the 20th of December 2015 returned results that had not been seen since Franco's death and Spain's subsequent return to democracy. Congress, which has historically been dominated by the Popular Party (PP) and the Socialist Party (PSOE), has seen the rise of two new political groups with roots in the Indignados movement: Podemos (on the radical left) and Ciudadanos (meaning Citizens, on the centre right).

To be able to assume power, a government must be elected to Congress with an absolute majority in the first round (176 seats out of 350). Failing that, parties must form a majority in the second round negotiations.

Even in the latter scenario, winning a majority looks to be near impossible. The PSOE, headed by Pedro Sánchez, and the PP, led by current Prime Minister Mariano Rajoy, would be able to form a majority, but their years of rivalry mean that such an alliance is off the table.

The PSOE has two further possibilities. It could enter into a coalition with Cuidadanos, led by Albert Rivera, along with Podemos. However, the PSOE leader refuses to work with the latter party – led by Pablo Iglesias – so long as it supports a referendum in Catalonia, a prospect being rejected outright by the other main parties.

The PSOE could also ally itself with Podemos and other radical left wing pro-independence parties, but that will not make the issue of Catalonia disappear. The country appears to be utterly ungovernable in the wake of these elections.

Despite the election of Patxi López (PSOE) to the position of speaker of Congress on the 13th of January – a decision met with support from Cuidadanos, abstention from the PP and opposition from Podemos – no political solution is in sight. Amid this fracturing, King Felipe VI conducted his first round of meetings, commencing with the leaders of the "small parties" and finishing with Mariano Rajoy at the end of last week.

One of the main bones of contention in this crisis is the future status of Catalonia. The separatists have been locked in a fierce battle with Madrid for over a year, and are planning to submit a draft constitution by 2017 as a preliminary step to forming an independent republic.

Their position appears clearer cut now, since groups of all persuasions (from the far left to the right) were able to put aside their differences to elect a new President of the Parliament of Catalonia, Carles Puigdemont, who is pro-independence but determined to achieve an amicable separation with Spain. 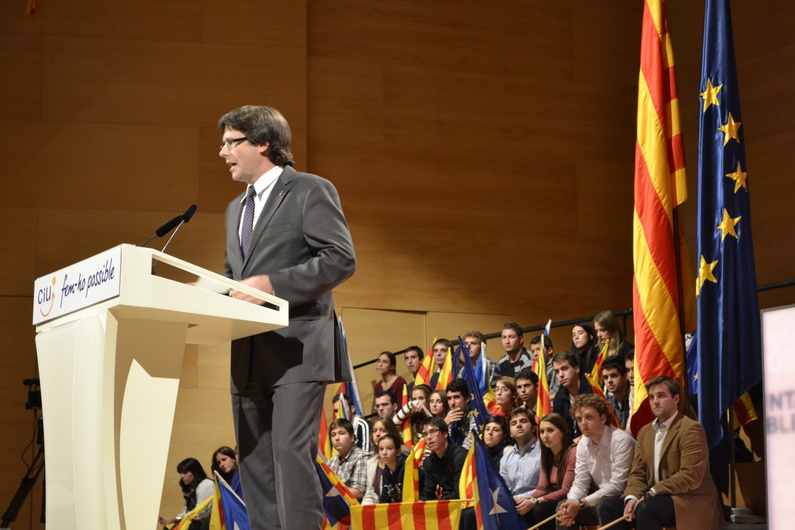 The Catalan question has been holding back the progress of Spanish politics for months, most notably during the recent elections. Pablo Iglesias’s party is seeking an alliance with the PSOE on condition that there be a referendum on an independent Catalonia. The traditional parties however, as well as Cuidadanos, remain opposed to it, vigorously advocating the unity of Spain.

The credibility of Madrid is also at stake. If a government is not formed in the next two months, new elections will have to be called – a prospect that Spaniards are mostly opposed to. If no government is formed, the well-organised Catalan separatists will gain further legitimacy, at the expense of a central Spanish state that is ungovernable and offers no unified response to the question.

The formation of a majority is also necessary in order to have clear economic policy. Despite growing by 3.2% in 2015, the Spanish economy remains weak, with the unemployment rate at around 21.4% in 2015, one of the highest in the European Union. This increases to 47.5% when you talk about young people. The economic situation is far from being resolved, in a country hit hard by the financial crisis of 2008.

As a Eurozone member and one of the EU’s largest economies, Spain is also a risk to the economic stability of the whole union. This is one of the reasons why the political crisis worries Spain’s partners. Jean-Claude Juncker, President of the European Commission, has expressed his wish for Spain to "form a stable government as soon as possible, as Spain belongs to the Eurozone."

But given the political status quo, the country’s economic direction will differ drastically from one government to the next. While the PP subscribes to a liberal ideology, Podemos trumpets a radical left-wing one and plans to call a vote on introducing a Social Emergency Law that, among other things, prevents people from being evicted for not paying their mortgages.

An End to the Two-Party System?

These elections have by all accounts created a state of affairs unprecedented in the post-Franco Kingdom of Spain. Since the first democratic general elections in 1977, two large traditional parties, the PP and the PSOE, have dominated political life. But the economic crisis of recent years has led to the emergence of new civic platforms, firstly in the form of the Indignados movement, and later in the form of Podemos and Cuidadanos.

Miserable economic figures, cookie-cutter policies from successive governments, and various corruption scandals within the PP have driven Spaniards towards new parties promising to restore integrity to politics. This has led to unprecedented change, perhaps for the long term, and is similar to the phenomenon of other non-establishment parties rising elsewhere in Europe, such as Syriza in Greece or the Five Star Movement in Italy.