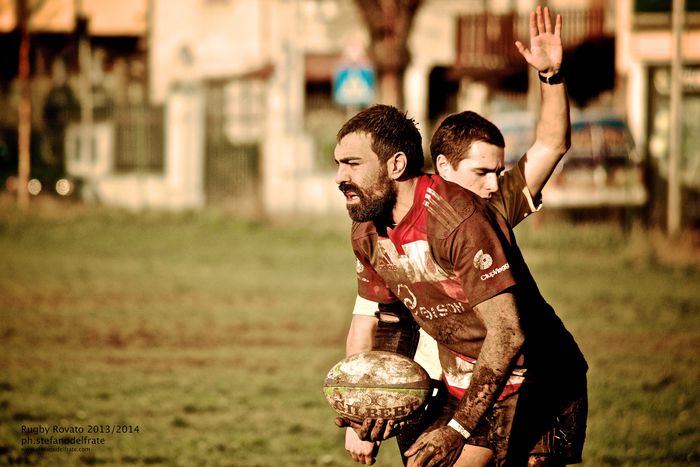 On top of having constantly changing rules, rugby union has over time gained its own complex lexicon. To understand the sport and be able to appreciate the 2015 World Cup in all its depths, one has to dive into the scrum of its traditional language. This introduction gives you the basics in three languages.

The rugby World Cup, this year held across England and Wales, kicked off on September 18th in London. If you didn't know already know this, it's likely because you are not from one of the 8 European countries that participate in the competition. If you did know this but didnt't care, it's possible that it's because you never understood a word that was said about the sport, especially when it evolves so quickly and it's complex vocabulary is a necessary condition to understanding it.

Rugby was invented in Rugby, a market town in the centre of England where, one fine day in the first half of the 19th century, one of the players decided to pick up a football with his hands. Being English in origin, the discpline still bears many of the hallmarks of Shakespeare's language internationally. It isn't rare, on Italian or French television, to hear commentators talk about a turnover, an up and under, or an off-load. If it seems that these terms aren't particularly Latin, it's because they illustrate technical moves that are recent additions to the sport. However, the current rules of rugby union still owe much to other aspects of gameplay that are older, and for the most part can be easily and accurately translated into French and Italian.

Thus the "try" -- "l'essai" in France, "la meta" in Italian -- symbolizes what the two teams are fighting to achieve. You score a try by placing the ball in the goal area - "zone d'en-but" and "area di mita" - by pushing back or crossing the opposing team's ranks. One try is worth 5 points. You can also score points using a "conversion": it's the "transformation" in French and "transformazione" in Italian, worth 2 points. A team can also add 3 points if it attempts a "drop", or a "penalty" - "pénalité" in French and "punizione" in Italian - a free kick that happens after a mistake on the other team's part.

In rugby union, the phases of the game that are most well-known are the line-out and the scrum. Though the line-out has unoriginal translations in the other two languages ("touche" both in French and in Italian), the scrum becomes "una mischia" in Italy and "une mêlée" in France. A prominent feature of this violent sport, the scrum makes up the core identity of rugby union. This proverb says all you need to know: "no scrum, no win." 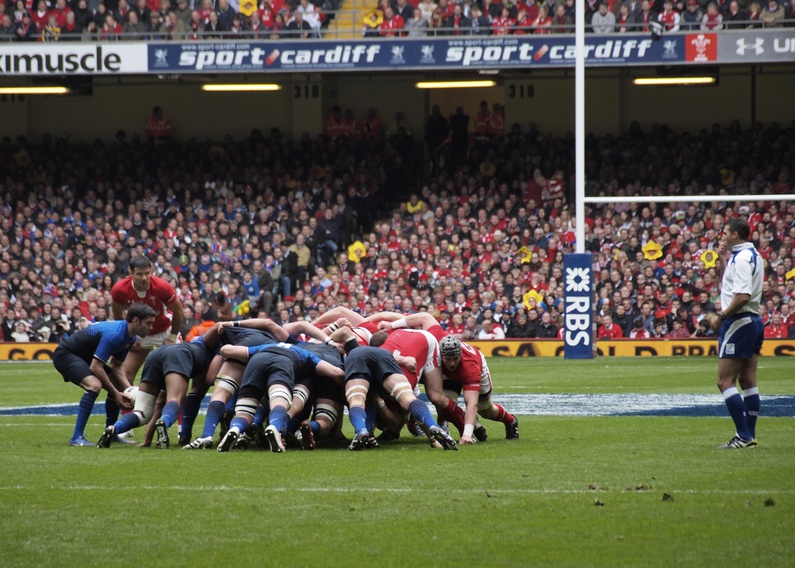 In most cases, a scrum happens after a player on the opposing team loses possession of the ball. This is called a knock-on, in France "en-avant," and in Italy "avanti." In the middle of the game, the players can also group together to advance and form a "maul." In Italy, one would say that you put the ball in a safe: "mettere la palla in cassaforte." For French players, the maul is to "get your hands dirty" ("aller au charbon" or "mettre le bleu de chauffe"), as if they were rolling up their sleeves.

Though rugby is, according to the famous expression, "a ruffian's game played by gentlemen," it's still possible that a player can commit a foul. In rugby, it's forbidden to put one's fingers in the eyes of an opponent, under penalty of being sent off for "eye-gouging," or what is called a "fork" in other languages: "fourchette" in France and "forchetta" in Italian. It's also prohibited to physically lift another player: a "cathédrale" in France, or the "placcagio duro" in Italy. The "high tackle" or the French "la cravate" (necktie), a grab to the neck, is also forbidden. On the other hand, you could always trip another player with your hand, a "cuillère" (spoon) in France and a "francesina" in Italy (literally "little French one"). There's also the famous Australian "don't argue," where you fend off an advancing player with a shove of the hand, known as the "raffût" in French or the "frontino" in Italian.

But, truth be told, the earthiest rugby expressions definitely originate in southwestern France. It's there, in the midst of a people that breathe in the game from the moment they are born, where the people exchange the best "marrons," the best "châtaignes," the biggest "tubes," the biggest "cartouches" and the best "tampons." Not even a thorough knowledge of the language of the game will come to your rescue there...

No one came to Jules Plisson's rescue with this "tampon" either.