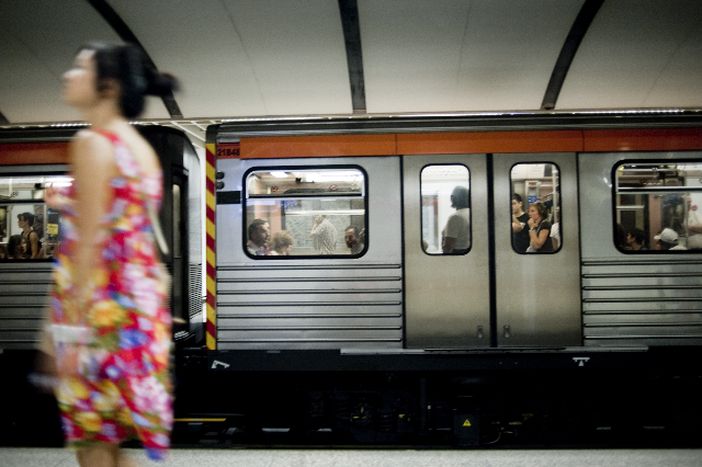 In Athens driving is quite frankly a way of life. Doctors and environmentalists sound the alarm, yet it’s the financial crisis that’s on everyone’s mind, while health and environmental issues take a backseat. Take a walk around the city, but don’t expect a breath of fresh air

The Greek capital is far from a bourgeois haven; a big city divided by historic quarters, it’s a bustling centre of boutiques framed by a concrete skyline. The whole of Athens has fallen foul of vast construction projects, starting with the city’s greenery which has been reduced to a meagre 2.5m² per person, despite the EU’s recommendation of 10m², and the Kifissos river is now covered over with rubble. Polluted, threatened with the nefos - a huge toxic cloud first seen in the eighties which turns from yellow to brown over summer – Athens is teeming with motorists. The roads are jam-packed with cars and the metro struggles to compete with the taxis that rule the streets. The pedestrians and cyclists make do as best they can, hoping that the government will act to reform public transport.

The European capital certainly has a bad reputation. There are just about no pedestrianised streets and the pavements can be a mess of broken rubble. ‘For a young mother with a pushchair, there’s no denying that our streets are a hostile environment,’ concludes Tasos Krommydas, member of the Greek green party and special advisor to the mayor on environmental issues. 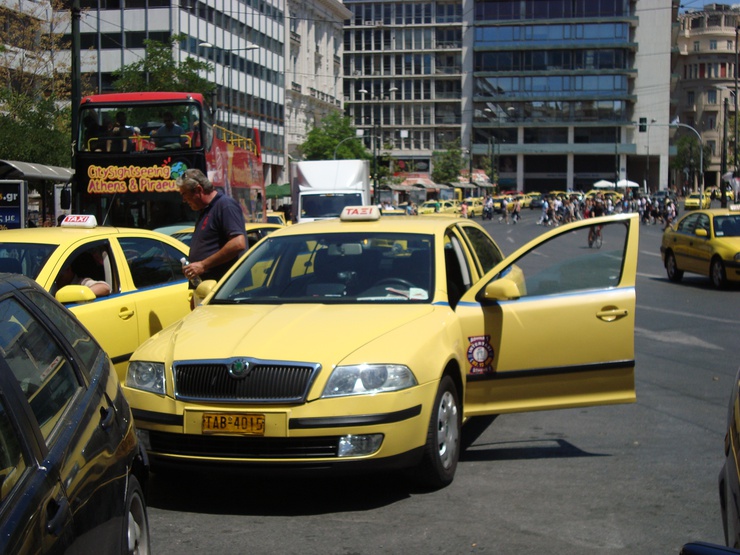 What is perhaps most striking is the number of taxis in a city that may not be anywhere near the size of New York, but has the same mass of yellow filling its streets. From young girls mid-shopping trip to elderly residents tired out by the heat to rushing businessmen, for Athenians the taxi is a part of daily life, and a cheap one at that. During our meeting Tasos explains that within the walls of the city, diesel is banned, except for taxis and company cars that is. It’s an environmental absurdity that explains the laughable price of taxis. What’s more, these taxi journeys are often very short. Here in Athens the car is almost an institution; families own two or three. As he puts it, ‘The Greeks don’t like public transport.’ 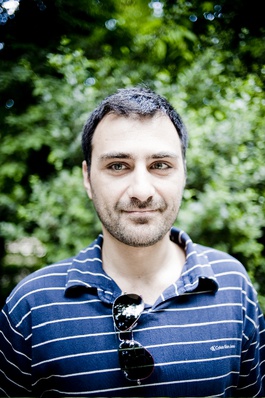 People will also tell you that buses have a bad reputation, packed out and full of ‘immigrants’ – the code for pickpockets, since stereotyping is the norm. Others believe that the metro network just isn’t sufficient. They aren’t wrong; there are just three lines in a sprawling city of 750, 000 residents. According to the greens, the 2004 Olympics were a springboard for improving the city’s public transport and extending the metro network is still very much on the agenda. The passengers themselves are sceptical however; new developments rarely go anywhere because the Greek political system itself gets in the way. Greece is ruled by ‘bureaucracy’, explains Thanassis Skourlas, editor-in-chief of econews.com. The Athens city council manages street lights, police and pub licenses, but transport falls under the jurisdiction of a regional council and outer city trains are governed nationally. It’s almost as if the city passes over the issues that are the most important to the urban environment. 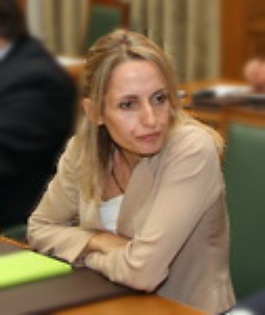 ‘In Greece, the problem with the environment is that the issue is often discussed but actions aren’t put into practice with any vigour,’ explains Sotiris Papaspyropoulos, a doctor and director of the Greek network of Healthy Cities, part of the world health organisation (WHO). Only two years ago the environmental ministry was only half a department; environmental issues were managed by the environmental and civil engineering ministry. Evidently the ‘environment always came second. If you wanted to win votes at elections it was always more effective to focus on building!’ says Sotiris. This dual-hatted ministry imposed a stubborn belief upon Greece; the environment is above all, a communication issue. Thanassis Skourlas doesn’t mince his words any less. ‘Two years ago, the (ruling) Pasok party introduced the first ministry which was 100% devoted to the environment. However, the only minister to really have a grasp on the issue, Tina Birbili, fell victim to the financial crisis when she was made redundant in June. Her ideas were too progressive.’

The financial crisis – understandably a phrase heard here often – pushes environmental issues even further to the bottom of the stack. ‘People are economical where their wallets are concerned. With the increase in petrol prices, they are forced to abandon their cars to some extent,’ states Thanassis. What’s more, Athenian drivers don’t always respect the rules when it comes to maintaining their cars. ‘The worst offenders are the taxis,’ explains Dimitris Ibrahim from Greenpeace Greece. ‘They are often very old vehicles that run on diesel. This, combined with the old lorries that are allowed to drive around the city centre, makes for a catastrophic environment!’ Like Dr. Papaspyropoulos, he’s rather pessimistic about the quality of air in Athens. ‘It’s difficult to give you exact numbers, but ever since 20, 000 hectares of forest burned down in 2009 our natural source of air purification has been lost.’

The city’s geography is unique; the mountains that surround Athens protect it and compensate for the lack of green space. In July, the health ministry declared a state of emergency – the air quality was too poor. ‘As a result the government is now examining the possibility of allowing diesel to be used in the city centre,’ adds Ibrahim. ‘At Greenpeace we are fighting against the move but with the financial climate as it stands, people will no doubt support the decision.’

By the end of the century, the thermometer will climb to a staggering 40C, thirty-six times a year, compared to the once yearly occurrence recorded between 1996 and 2000. In Athens, the hotter it gets, the more people feel suffocated. Combined with ‘airborne particles’ emitted by cars, the heat seriously threatens the health of Athenian residents. It’s a danger that doctors and ecologists are keeping a close eye on, while despite the advice of Greenpeace Greece, the government is yet to publish a report on the subject.

This article is part of cafebabel.com’s 2010-2011 feature focus on Green Europe; read the full set of city special editions. Read the official blog from cafebabel Athens