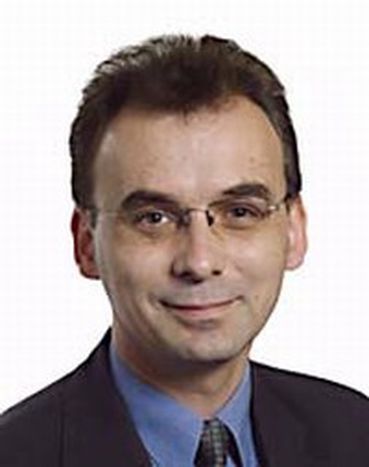 “For a lot of people, the constitution is dead”

Polish MEP Filip Kaczmarek shares his views on Europe with café babel in the aftermath of the French and Dutch No to the constitution.

Filip Kaczmarek, who sits in the centre-right EPP-ED group in the European Parliament, is a former member of the Polish Parliament and a convinced European who has been dedicated since the early 1990s to informing young people in Poland about the opportunities offered by European integration.

One of the reasons why France voted No was fear of unfair competition from the new EU member countries. Why do you think this is?

Some people in the old countries are tired of European enlargement, its costs and the fact that they were not involved in the decision-making process. However, I do not know if rejecting the treaty is the right way to express this sentiment. But of course, if the public cannot express [its discontent] in any other way, it will do so by rejecting the constitution. However, propagating the feeling that there is ‘social dumping’ [as a result of the entry of poorer member states] won’t help to build what the French call a ‘social Europe’. Relocation of businesses would be a problem if companies went to China or to Ukraine, in other words outside the EU, but they are not. If we want Europe to be able to compete with countries like China and the US, we have to make the economy more effective, more open, more flexible, more competitive. I think it is wrong to criticise us [new members] for our low taxation policy. Other countries should follow our example, not ask us to increase taxation. If we raise taxes we will never be competitive as a continent.

But the outsourcing of jobs remains a problem for employees. Even if you are willing to go abroad, the lower salaries may be sufficient to live on but not to save for your return

We [in Central and Eastern Europe] have paid for 50 years. We could not choose our own model of development, build a free market economy or choose our allies. We paid for the stability in which the western part of the continent was able to grow. Of course, our contribution is not something you can count in money; it was more of a political and symbolic price that we paid. Internal solidarity costs money. Phrases such as ‘we are a reunited Europe’ and ‘we have a common history and common values’ may sound good but there are still many big differences in styles and standards of living. This is not real solidarity.

Is Poland going to hold a referendum on the constitution and, if so, will it take place at the same time as the Presidential election in October?

Officially, the Parliament has not yet decided. The problem is that a referendum in Poland needs a minimum participation rate of 50% in order to be valid. Turnout would be assured if the referendum was held together with the presidential election. If the referendum takes place separately in the spring, it will be hard to get enough people to vote. Indeed, now the discussion is more about whether the constitution is dead or not rather than when to hold a referendum. And for a lot of people it is dead.

Weren’t most Poles in favour of the constitution?

According to the polls, there were only 10-15% of people opposed to the constitution; 30% hadn’t decided, and 60% were in favour. But in Poland the discussion centres not on the constitution but about whether or not people are happy in the EU. Hardly anyone is capable of reading such a document, which consists of almost 500 pages, and so any referendum is going to be more about feelings [than facts]. One year after accession to the EU, most people - including myself - like it. Even groups that were against joining are now in favour, like the farmers. Poles are very ‘Polocentric’: they care primarily about Polish issues, a little about European issues and the United States… and the rest of the world doesn’t exist. Thanks to Europe, we [Poles] are now also working on other issues, like human rights in Togo and Tibet. In helping to spread common European values in the world, we broaden our vision. I think this is new for Poland and very positive.