When I was going to Dubai, I hoped not to see a single cloud all year round. I thought that was the one privilege of living in the desert. I didn't even cross my mind that I will be witnessing a full blown flood! It has been raining for a few days (honestly, in Europe such rain would hardly do any damage - just an autumn series of strong showers.

In Dubai, however, four days of rain resulted in:

) While traffic jams in Dubai tend to be gigantic overall, what was happening on the roads yesterday was beyond human imagination. Cars, like boats, slowly moving through the streets, which turned into rivers. Blocked tunels. In some critical communication nods in Dubai passing though 1 kilometer took over 2 hours.

Here are some photos of one of the districts of Dubai that was most touched by heavy rains (the one neighboring the Emirate of Sharjah): 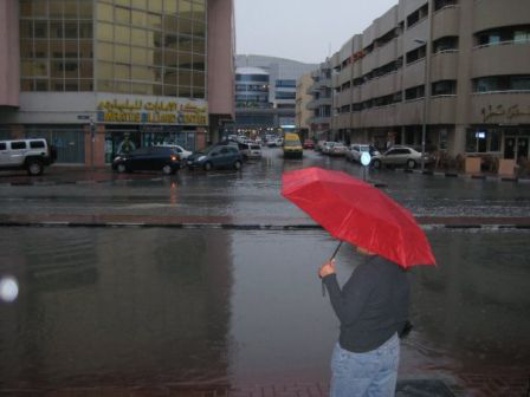 I wish I had such a lovely red umbrella... 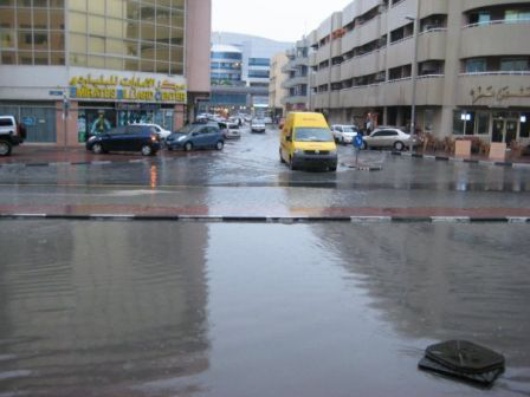 The meeting point of two rivers 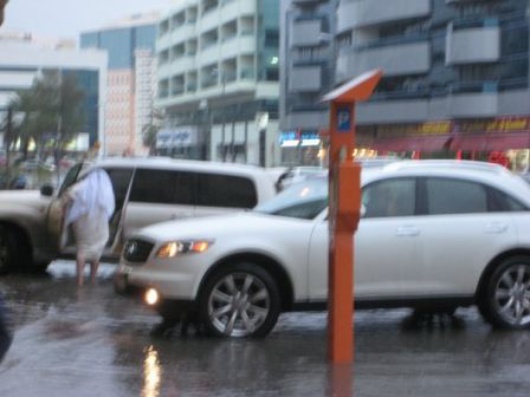 You have to deal, pull up your traditional outfit... 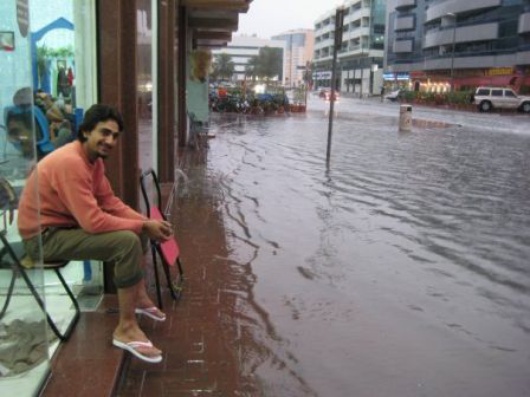 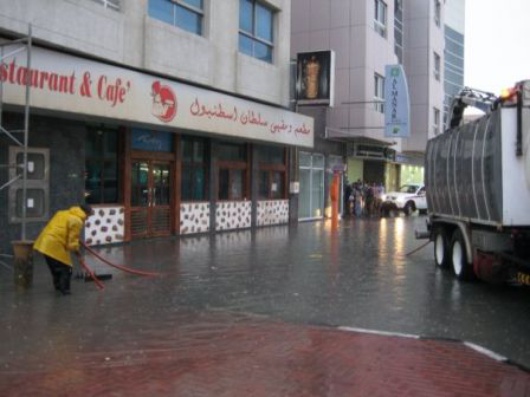 Desperate attempts to pump the water out 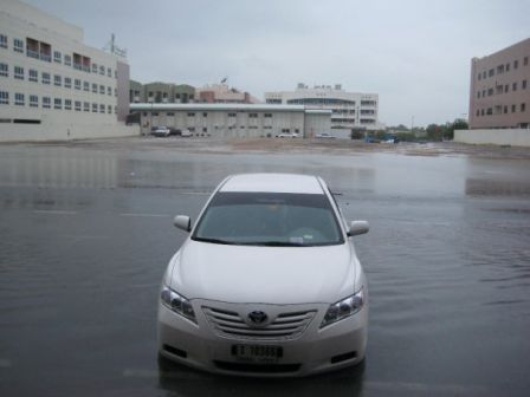 A lone ship amidst the ocean 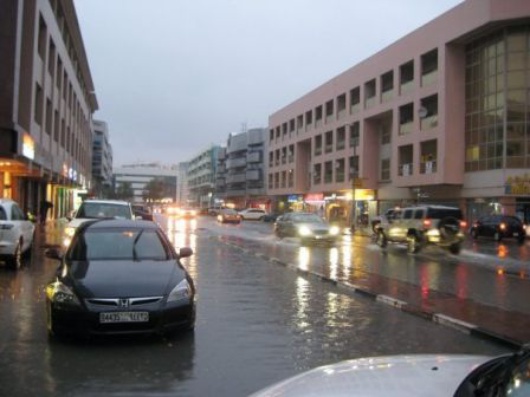 A street or a river? Cars or boats? 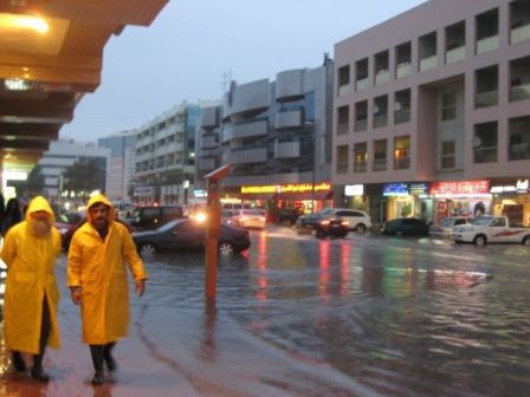 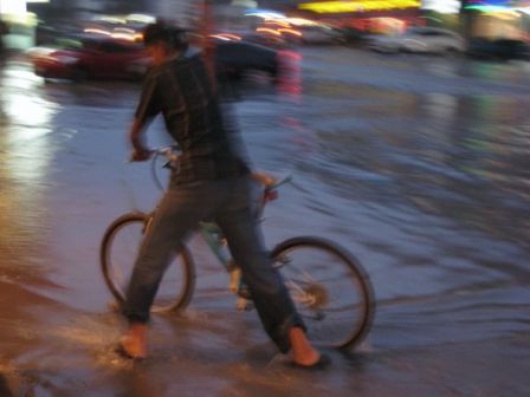 Apparently you were still able to make it on a bike

PS. No photo credits, because I personally took all these photos. Yes, it was cold and wet.