Five reasons to visit the new House of European History

The House of European History opened on May 6th during the festivities for the day of Europe. This is probably the first museum in Europe that offers a pan-European point of view of our recent history. Cafébabel offers five reasons why every European should drop by at least once.

A European point of view is unusual in museums. Therefore, the curators of the House of European History had to come up with solutions to rare problems. For instance, the items on exhibition do not come with any descriptions.

The House gives every visitor a tablet fully equipped with audio guides  giving details about the objects on display in all 24 official languages of the European Union.

It is also complicated to get a pan-European point of view of anything. Europeans have different values, have lived different wars, suffered different kinds of repressive regimes… Maybe therefore, the museum doesn’t go very deep into the details of the continent’s history, but does show each basic fact using items from several countries.

It’s unlikely to see so many posters from the Cold War capitalist countries, sharing the same space with tens of Communist signs in any other country.

Here, we give five reasons why every inhabitant of Brussels (and probably Europe) should drop by at least once.

How are we Europeans connected? Every visitor of the European House of History can tell where they were born and where their love, their favourite music group or preferred food comes from. The system creates a map where we can see how all Europeans are connected in different ways. This is part of a temporary exhibition. The good news is that you don’t need to go to the museum to see it: just follow this link to see it online! 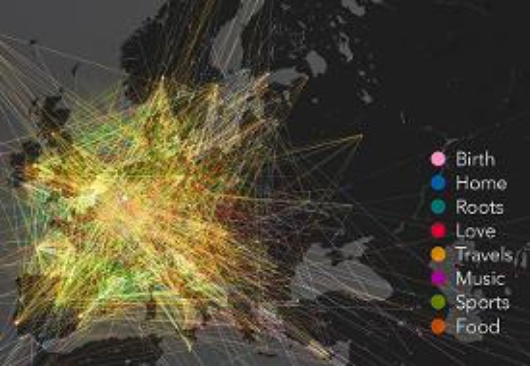 The House of European History tries to show how the lives of Europeans were like through recent history. For example, to show how different countries experienced similar milestones after the First World War. In the same exhibition, the visitor can see copies of the constitutions of Romania from 1923, Finland (1919) or Czechoslovakia (1920) amongst those of other new democracies.

We can also see urns for their first elections: a strangely shaped one with the words “OXI” (no) and “NAI” (yes) from Greece, an elegant one from Portugal or an unattractive metal box from Finland. To illustrate the cultural movements of that time, we can see the poster of one of the first European movies: Metropolis (Germany, 1927) and the cover of a music album called She’s put on her tuxedo (1926), drawn by Belgian artist René Magritte. 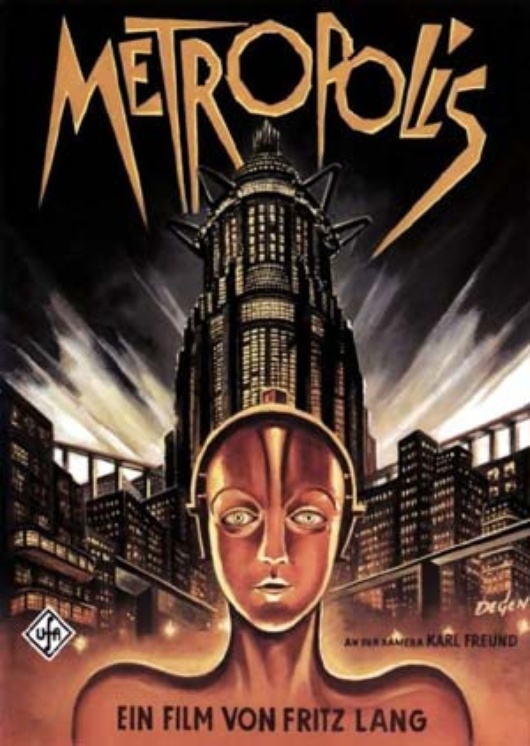 What was life like for Europeans during the Cold War (1945-1970s)? The museum shows miniature versions of a typical European house in the sixties, alongside many other everyday objects: a dentist’s chair from Sweden, images of children smiling next to their teachers in official school photographs from Spain, Belgium, Czechoslovakia, Hungary… There is even a real Zastava 750, a popular car produced in Yugoslavia from 1955 to 1985. 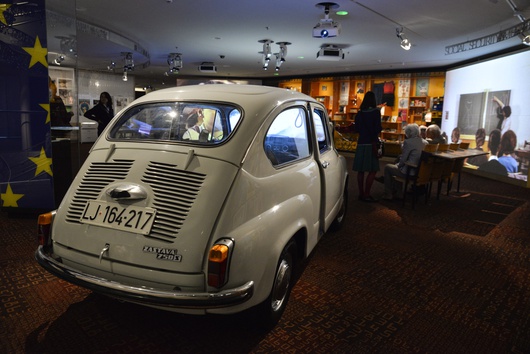 There is, of course, some room to speak about the European Union and its impact in the daily life of the citizens. The museum, for example, has a gigantic book comprising 80,000 pages of EU law –apparently, it takes a good tally of pages to describe all those rules abouts toasters and bananas!

Visitors can also see some little objects from the beginnings of the Euro: a package of torn up German Marks (former German currency), the first designs of the Euro bills and even one of those small calculators that we all had use to convert the old currencies into euros back in those old confusing days of 2002. The museum also has a good set of interactive panels that show how the European institutions work. 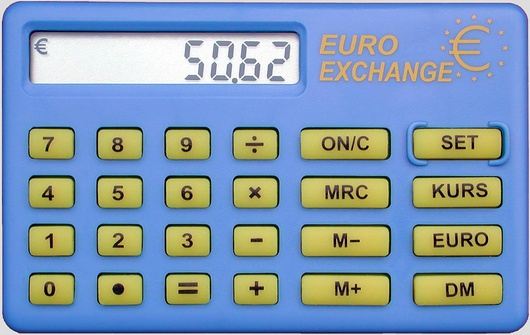 The House of European History showcases the original Nobel Peace Prize that the EU received in 2012. But not everything about giving praises: visitors can also see a big Greek flag with OXI (no) painted in red on it, against the bailout referendum in 2015, and badges from the ‘leave’ and ‘remain’ campaigns conducted in the UK prior to the Brexit poll. 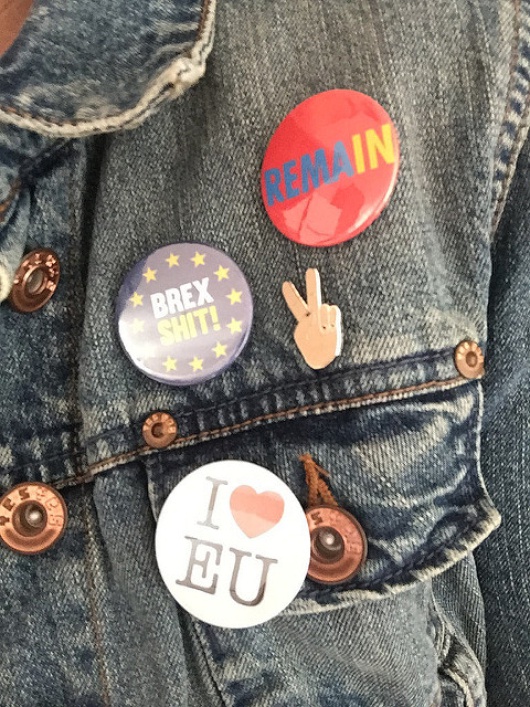