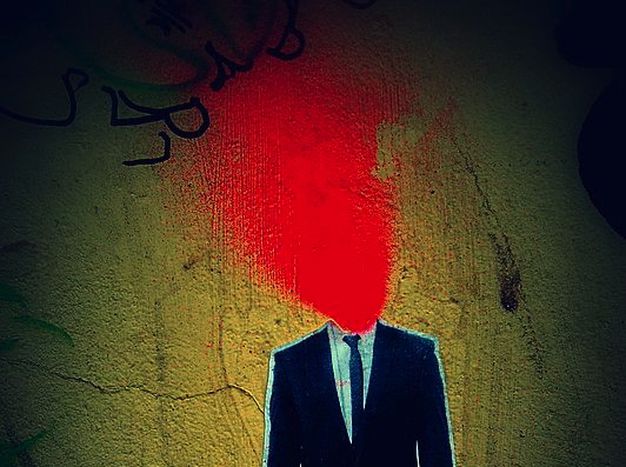 The controversial theory of impending doom has it that the world will end this Friday, 21 December. Nasa says don't worry about it. But I do: religion, gender, human rights, economy .... before the world ends, I had to get this off my chest - if not, I have to put this rant out there in case the EU decides to start up again as it has been doing

Young Spaniards have lived ‘beyond their means’, said Juergen Donges, a Spanish-born German economist and member of the German council of economic experts, in October. In July Philipp Rösler, the German economy minister, revealed his scepticism and impatience towards the situation of Greece by commenting wryly on the Hellenic country’s potential future exit from the eurozone. Just a month earlier Italian prime minister Mario Monti lost his paternal tone to warn Spain of its risk premium and the impact of financial contagion on European markets. (When he forewarned his resignation in December though, the risk premiums in Spain shot up again).

There was ridicule and recriminations as Finland opposed rescuing Portugal, or when the BBC spoke of the PIIGS (otherwise known as the austerity-struck Portugal, Ireland, Italy, Greece and Spain) as ‘pigs’. As a consequence of the incompetence of a few – including the Brits – it should not be the European people who are paying for the ravaged European economy.

The German playwright Bertolt Brecht said it best: ‘The worst illiterate is the political illiterate, he doesn’t hear, doesn’t speak, nor participates in the political events. He doesn’t know the cost of life, the price of the bean, of the fish, of the flour, of the rent, of the shoes and of the medicine, all depends on political decisions. The political illiterate is so stupid that he is proud and swells his chest saying that he hates politics. The imbecile doesn’t know that, from his political ignorance is born the prostitute, the abandoned child, and the worst thieves of all, the bad politician, corrupted and flunky of the national and multinational companies.’

Sometimes governments themselves have called for passive politicians. This has led to European citizens accepting a normalisation of corruption on the continent. In the run-up to elections in December, one Romanian party brandished the slogan ‘I steal less than them.’ Greece held pole position in a global survey of corruption according to a transparency international report, being the worst EU state as it classed 94 out of a total of 176 countries. They joined ranks with the likes of Moldova and Kosovo (105), Albania (113), Belarus (123), Russia (133) and Ukraine (144). The EU saw off 2012 with the potential return of one of its worst national prime ministers, Silvio Berlusconi, to ‘reform the Italian justice system’, the same one which has mocked him so many times.

14 November saw the first-ever pan-European wide strike organised via an international trade union movement in Portugal, Spain, Cyprus, Greece and Malta. Motives are not thin on the ground. Pan-EU unemployment is at 11%. It mostly affects young people (23.4%). Funds have been cut. Take the example of having had to have live and worked in Germany for three months to be able to apply for the Hartz IV unemployment funds, or having to live in France for six months before being able to claim any family or housing benefits. University fees have gone up and even the erasmus student exchange programme looked like it was in danger in October.

European governments offer little by way of solution, with their litter of exploitative traineeships, minijobs or ‘civic service’ contracts. Almost 800, 000 retired Germans need to have one of these to be able to improve their pensions. Would the anti-riot police still be barking if they too felt their rights had been amputated, and if they too felt as humiliated, underappreciated, reviled, denigrated and ridden roughshod over as protesters do?

The aversion to being different still doesn’t seem to have diminished in Europe. Rising homophobia hasn’t only touched the EU, where French prime minister Francois Hollande hasn’t been able to buckle before the conservative opposition, but also Russia and Ukraine. In Saint Petersburg, gay ‘propaganda’ is banned, whilst Gay-Forum leader Svyatoslav Sheremet was attacked in Kiev in May.

There has also been a rise in nationalistic and xenophobic discourse across the EU. The popularity of golden dawn in Greece, the northern league in Italy and the true Finns in Finland was expounded by the presidential bid of Marine Le Pen in France in May. She wanted the job of the outgoing conservative leader Nicolas Sarkozy, whose undeniably racist leanings led him to proclaim a suspension of the Schengen space. In July British prime minister David Cameron, voiced his intention of tackling the immigration of Greeks to the EU.

On a side note, women didn’t have a great year in 2012. Would the well-mediatised catfight between French first lady Valerie Trierweiler and Segolene Royale have reached such heights had they been men spouting? The death of a woman who was refused an abortion in Ireland because it was a ‘catholic country’ shows the ultimate aversion and respect of Europe and its religious ideals. The Hungarian prime minister Viktor Orban took advantage of his visit to Spain in November to declaim the EU losing its ‘christian roots’.

This is a two-speed Europe, and also in the sense of hypocrisy. The EU has exported 5, 161.5 million euros in arms to Africa. 1, 204, 660 of those euros has gone to the Democratic Republic of Congo, a country where human rights violations have been systematic since its decade of internal repression (1989-2009). Congo has the lowest figures of human development in the whole world; no surprise if it enjoys a constant flux of weapons (except when they were most needed, between 2002-2009). Congo comes 30th in a list of African countries who receive European arms. Is this why the political and economic union was crowned with the 2012 nobel peace prize? For selling death to Africa? ‘Bombing for peace is like fucking for virginity’, as the famous 1960s anti-war slogan goes.