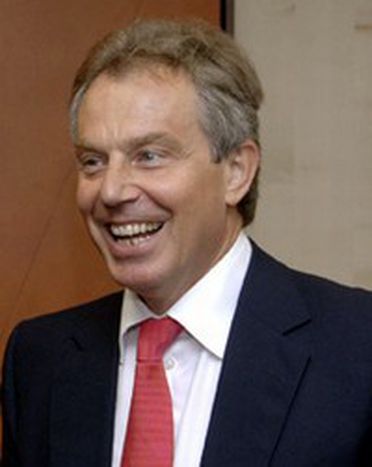 Strong words from Tony Blair mark the launch of the Labour government’s Respect campaign, which aims to keep petty crime under control and update the concept of freedom in society.

How do we live together? In political science, this is one of the most fundamental questions. How do we avoid the possibility that the freedom granted to one person does not encroach on the freedom of another? The Greek philosophers of the polis asked themselves this question, as did John Stuart Mill when he declared that “your right to swing your fist should end at the tip of my nose”.

Debating the nature of freedom

The British Prime Minister and his government have recently launched the Respect campaign which proposes to open, according to the labour leader’s speech on the 10th January, “a genuine intellectual debate about the nature of liberty in a modern, developed society such as our own”. The scenario is that of a British society where problems linked to localised crime often reach alarming levels, but this is also a subject of European interest: take, for example, the ransacking of the Nice-Lyon train at New Year by a young group of petty thieves, or the curfew which was in place for a lengthy period in the suburbs of many European cities as soon as night fell.

The problem is one of a lack of “respect” which is invading large areas of contemporary society, degenerating into criminal activity and anti-social behaviour.

The initial idea is simple: “the law abiding citizen’s freedom to be safe from fear has to come first”. The labour leader makes clear references to two main principles of the British justice system: protection of the accused and protection of the public. “Whatever the theory behind the two principles,” he says, “in practice the second has not been realised”.

This has happened because "the theory is basically treating Britain as if it were in the 19th or early 20th Centuries. The practice however takes place in a post war, modern, culturally and socially diverse, globalised society". Therefore new measures to empower police, communities and local authorities to combat crime with the right means are urgent

Summary justice power given to police

The formula is strong: “summary power and the right to appeal”. As for the burden of proof in particular, it is a veritable juridical revolution; you are punished immediately, on the spot. If you declare yourself to be innocent you then have the right to contest the punishment thus activating the traditional justice system. “Anything else is theory”, says Blair, “loved by much of the political and legal establishment but utterly useless to the ordinary citizen on the street.”

The association for human rights, Liberty, has declared the labour leader’s action plan “monstrous proposals which include summary power and where the presumption of innocence until proven guilty is considered cumbersome”. This criticism hasn’t even seemed to scratch the surface of the Prime Minister’s thoughts and he maintains that “rights have to be paired with responsibilities”.