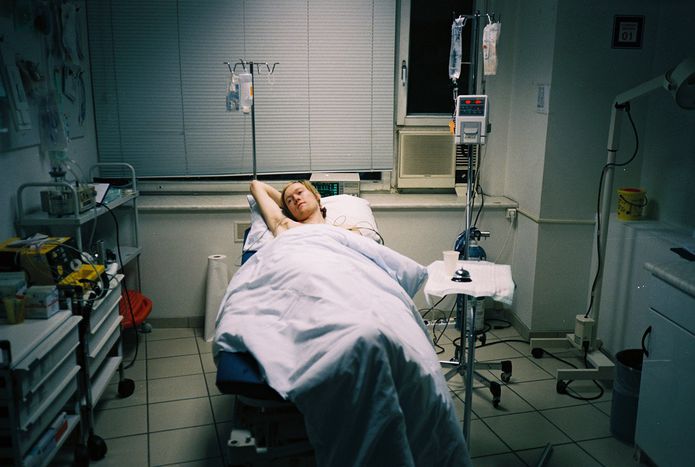 There was no time. In the space of just a few minutes, early in the morning of 26 April, a psychiatric hospital in the province of Moscow was reduced to ashes - and it's not the first tragedy to make ash out of Russia's people and institutions

The flames cut short the lives of 38 of the 41 people who remained unaware of the tragedy that approached. Only one nurse and two patients could be saved. Nearby residents, alerted by early morning screams, arrived on the scene straight away but could only stand and watch as the disturbing event unfolded. It is said that the smell of burning flesh remains engrained on the senses forever.

The firefighters arrived one hour later, only to confirm that the victims had no chance of being saved. The night ended in disaster. The light of daybreak revealed a hellish sight. The building was a death trap, perfectly constructed to ensure nobody could get out; iron bars on the windows, doors locked, exits sealed. All for the good of the hospital residents, seemingly. But the worst was still to come. The bodies were grouped together in the corridors, made invisible by the smoke and hysteria; they did not know where to go as the flames started, while the 'lucky' ones remained in their beds, having died while under sedation, feeling nothing from the flames that took their lives.

The main theory is that the accident originated from an electrical system failure although, according to experts, it seems more likely that it was intentional. The authorities claim, however, that the access points were not blocked when the tragedy erupted.

More than 200 victims in eight years

Such a regrettable incident calls for action to be taken to minimise an occurrence which is becoming increasingly common in Russia. The nearest fire station is fifty kilometres away from the address and when the fire brigade arrived it transpired that they did not have suitable equipment to tackle the blaze. The delay in arrival was due to an obstruction caused by the rising of a river which collapsed the road (another misfortune endemic in Russia).

Cases like this demonstrate the lack of infrastructure in place and the precarious state of many healthcare centres in the country. Most of them date from the soviet era and show a near non-existent presence of safety measures. It comes as no surprise that this incident, however tragic, has become but an annual addition to a distressing statistic. Since 2005, 200 victims of fatal accidents caused by fire in medical centres and retirement homes have already been recorded.

But this is only the tip of the iceberg; 'domestic' fires are widespread throughout the country, like the blaze which devastated part of the university of theatre arts in Moscow in March 2013 (although this time the fire department was allegedly next door - ed), or the terrifying case of the Lame Horse nightclub in Perm, which took the lives of 156 people when a night of partying ended in disaster back on 5 December 2009. And who can forget those images of the helpless people who chose to throw themselves to their deaths rather than perish from the flames, in a Vladivostok office fire which claimed nine lives in January 2006. The New York Times has reported that: 'as of 2008 remained above 8 per 100,000 citizens, compared to roughly 1 per 100,000 in Greece, Denmark, the United States or the United Kingdom, according to a report by the Geneva Association, which analyzes international fire statistics'.

With every tragedy comes the usual phrases - 'it could have been avoided', 'appropriate measures will be taken to prevent such incidents in the future' - these are two such remarks which continue to be uttered without consequence, an empty gesture on the part of the authorities. The period of mourning will be used to assure us that we need not worry again, but such repeatedly made promises remain meaningless. It shall be this that the fire purifies.