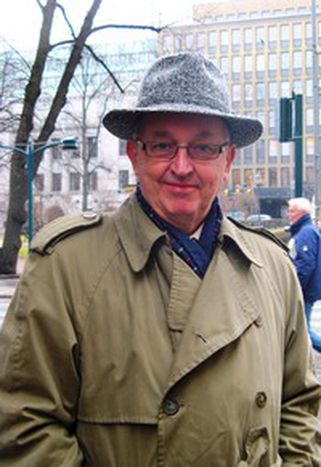 Finns vote in an almost neck and neck tie

On March 18, Finnish voters reelected Matti Vanhanen's Centre party by 1% in a dramatic race against the Conservatives

Olli Kivinen is a Finnish columnist with the neutral subscription daily Helsingin Sanomat (rumoured to be closest to the Social Democrat party). He predicted that the governing centre-left coalition - of the Centre Party, Social Democrats and Swedish People's Party - would win again in the 200-seat Eduskunta (parliament).

The country's general election took place on March 18, with the Centre Party taking 23.1% of the vote, the National Coalition with a close 22.2%, and the Social Democrats 21.5%. Centre prime minister Matti Vanhanen has been in power since 2003, and it is widely expected he will form a Centre-Conservative coalition.

Although unemployment has been decreasing since the collapse of Communism in the early nineties, just under 10 per cent of the workforce remain jobless. Technology has replaced manpower in traditional work areas, like woodcutting and papermaking. Many Finns, especially from the East and the North of the country, have been left without the possibilities of finding work in their home regions. Thus it's difficult to keep the whole country populated - you can say the wolves and bears are reclaiming these areas.

Globalisation has also been influential, like the entire telecommunications cluster around the world. Most of Nokia’s components are now made in Asia, Latin-America, USA and the like. Only a faction of it is left here - the Finnish workforce has proved too expensive.

In general, the Euro greatly stabilised our economy (Finland is the only Nordic EU member to adopt the Euro.) The vast majority of Finns are happy because, for the first time in our history, ordinary people have extra money to spend, in addition to having a home, a summer cottage, a car. The majority are doing quite well.

Finland were the last EU presidents in the second half of 2006. They were criticised for not achieving much, compared to their first presidency in 1999. Where does the EU feed into the election debate?

Attitudes towards the EU are defined by the Finnish national character. We left any issues behind when we decided to become EU members. It's no longer a daily topic of conversation. Finland also has no serious, organised anti-EU movements. There are of course some independent thinkers, and a small anti-EU Populist Party. But all other parties are in favour of and consensual on EU affairs. In that sense, the EU is not discussed in the electoral debate.

Having said that, whilst the Euro enjoys wide support, we remain one of the most critical countries within the union. The EU is not overtly supported by the people in the sense that people complain about issues like the Brussels bureaucracy. As a nation, we handle everything easily and can come to agreements over the telephone without a complex bureaucratic process. The EU contrast thus irritates Finnish people.

Voting is considered a duty and forms a part of both home and school education. It reflects Finland's deeply consensual society. We do not have any major internal quarrels, but this usually makes election campaigns extremely boring.

This particular election campaign has turned into complete entertainment. The Conservative opposition are trying to have 'nice discussions' with the governing centre-left fractions. But a vast majority of people could vote for any of the political party without considerable difference. The only one with a diverse agenda is 'True Finns' (Perussuomalaiset), the populist party, but that is only a tiny grouping with some 2% of support. The rest of the Finnish parties – if you take the traditional left-right spectrum – are huddled in the middle. But all the major things that affect the people are consensual among the parties.