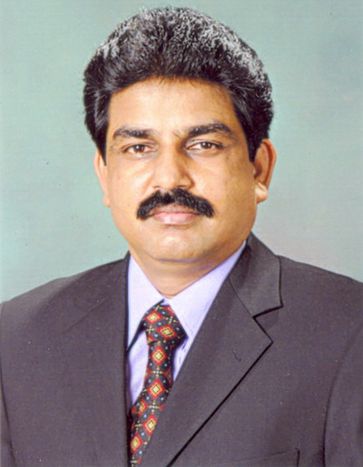 Shabbaz Bhatti, minister of minorities, was murdered by islamists in Islamabad on 2 March. Pakistan's only christian cabinet minister, the 42-year-old was one of the few to oppose abuses of the country's blasphemy laws. European commentators fear the forces of radical islam could gain in strength, and call on the international community to take action

In view of the murder of Pakistan's christian minister for minorities, Shahbaz Bhatti, the Finnish liberal daily warns the international community not to neglect the country: ‘The power of the government is being further undermined. The terrorist networks have more room to manoeuvre than before. The government of prime minister Yousaf Raza Gillani is virtually unable to rule. President Asif Ali Zardari has no real power. Sometimes the government fights against radical groups, sometimes it uses them for its own purposes. The worst thing about it all is that meanwhile Pakistan is building new nuclear weapons faster than any other country. The world has recognised that for too long it has remained silent on the problems in the Arab countries. In the case of Pakistan it can't afford to repeat this mistake’

The murder of Pakistan's minister for minorities Shahbaz Bhatti is proof of how unpredictable the country is, writes the German left-liberal daily: ‘Pakistan is not only an unpredictable and destabilising neighbour to India and Afghanistan. Eighty percent of the serious terrorist plots in the west after 9/11 can be traced back to the country: training camps, material and logistical support, spiritual leadership - all of it made in Pakistan. On top of that there's the nuclear arsenal of this country, which is in the process of becoming a sort of suicide bomber state. Pakistan must be put right at the top of the international community's list of priorities. Whether its military remains a reliable ally will then be quickly seen. It's possible that the military too has been infiltrated by islamic forces. If so, there's little hope. But it's also possible that the upper echelons of the military will seize their last chance to save themselves and Pakistan. In such a situation a military coup would be the lesser evil’ (Stefan Kornelius)

The murder of the christian minister for minorities Shahbaz Bhatti in Pakistan makes it clear that islamic fundamentalism is once again growing stronger, comments the Italian catholic daily: ‘Anyone who touches the blasphemy law dies. Anyone who dares to defend christians - defenceless people like Asia Bibi who are sentenced to death for blasphemy - dies in a country that is at the mercy of burgeoning fundamentalism. On 4 January the victim's name was Salman Taseer, the governor of Punjab. Yesterday Pakistan's minister for religious affairs, who has long been fighting tirelessly for religious freedom, died amidst a hail of bullets shot by fundamentalists. A politician who was only recently confirmed in office by prime minister Gillani, but who was left to his own resources in his battle for religious freedom. He knew that his fate was sealed. Everyone in Pakistan knew that he was firmly in the cross hairs of the fundamentalists’ (Luca Miele)