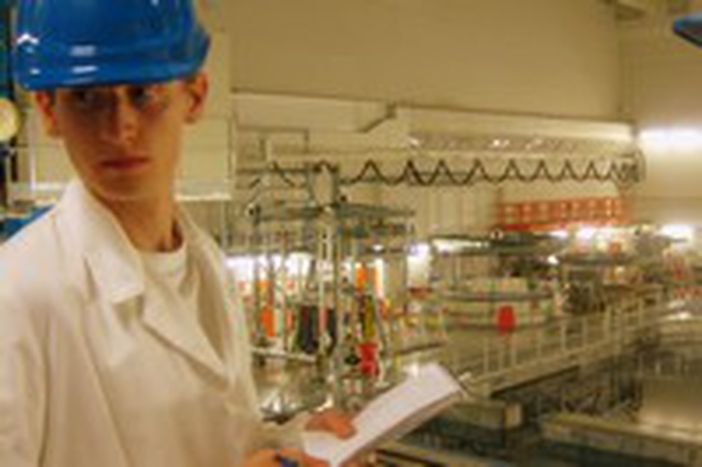 'I never get an answer when I ask Iran what they plan to do with the enriched uranium they produce,' EU foreign chief Javier Solana said on 30 January. While the Iranian president waits for the west, we take a Nordic diversion

You can make out the rows of vines in the distance. Flanked by a dense forest, the deep green plants protrude into a clear blue sky. There is a soft breeze. It could almost be France. But the vines are shadowed by two imposing concrete structures and several tall red cranes. We are far from the sun-drenched paradise of Bordeaux. This is Olkiluoto, Finland’s largest nuclear power plant, and those vines produce wine with grapes heated from the plant’s waste coolant water. I’d usually try any kind of wine. Today, I’m resisting. 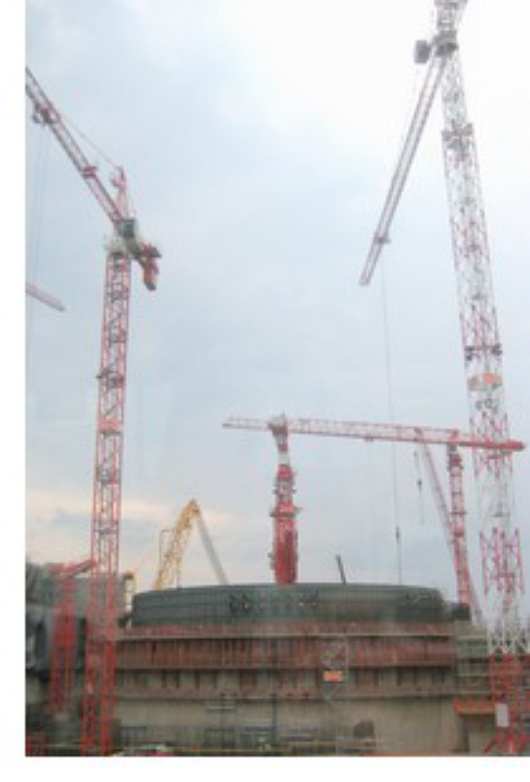 'Of course we don’t sell it!' Olli-Pekke Luhti, environmental officer at the plant, looks at me ludicrously when I enquire after production. 'It’s for our staff parties,' he smiles. 'We produce about 600 gallons a year.'

That’s a lot of parties. But then, staff at Olkiluoto have a lot to celebrate. Five years ago, the Finnish government gave the go-ahead for the construction of a third, top of the range plant, named Olkiluoto 3. It will be the first nuclear reactor to be built in Europe since the Chernobyl disaster and the Finnish public opinion is surprisingly in favour of its construction. 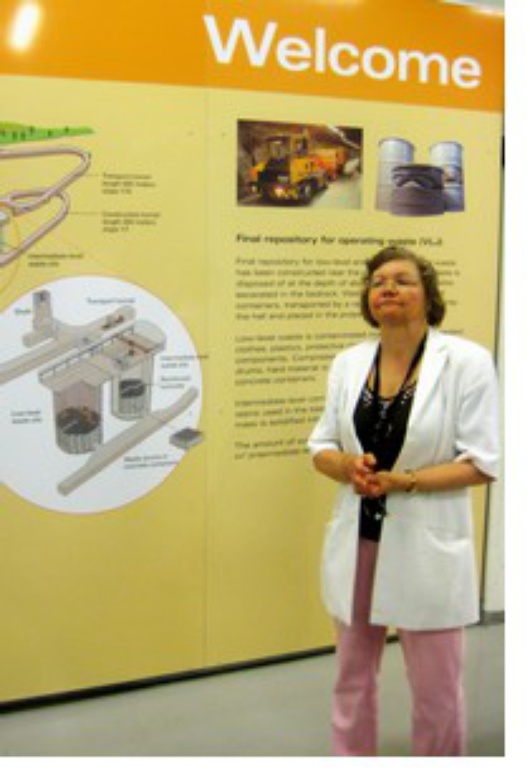 'Finnish people are supportive of nuclear power because we don’t hide anything here,' gleams Anneli Nikula, vice president for communications, the unlikely face of the pro-nuclear debate in the country. She resembles a soft grandmother in her pastel suit with a welcoming smile. Moments later, in a chemist’s coat and hard hat, she stands by a pool of black water pointing out the canisters of nuclear waste that lie below. Any criticisms she deflects with a hardened demeanour. Highly educated and high powered, she can credit herself with being the driving force behind Finland’s recent nuclear leaps. 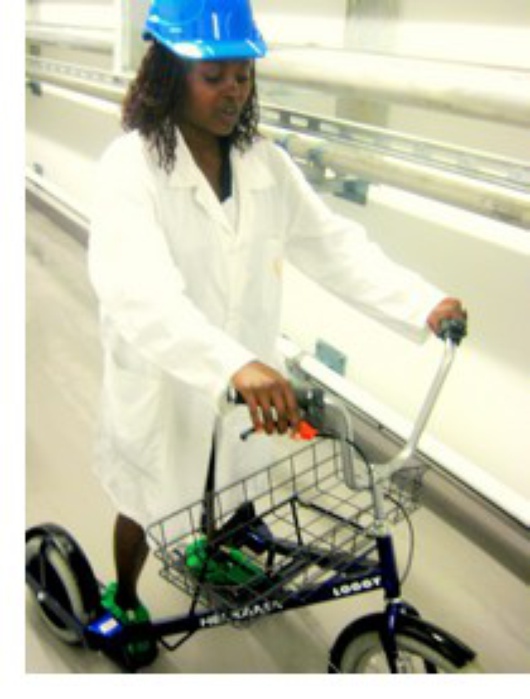 Power plants are not pretty places. Remote and secluded, Olkiluoto stands on an island on the eastern coast, but not even the fir trees that have been planted around the grounds can hide its enormity. The new reactor alone covers an area of 27 football pitches.

It's hard to make giant nuclear reactors look attractive, and the developers have done their best, greeting all guests through the soft oak furnishings of a brand new visitors centre. The cool Finnish design does little to block the imposing seventies style red structures that stand behind.

There are no windows. There is no noise. No huge smoking chimneys like the Springfield plant. Indeed, one of the main selling points for nuclear energy is the lack of carbon emissions that this form of electricity creates. There is just the small issue of hazardous, radioactive waste. But they have that all sorted these days.

The waste debate was the central issue when concerns were raised about the building of Olkiluoto 3. The black pools are only a temporary rubbish dump for the thousands of tones of waste already produced by the two working reactors. Number 3 will only add to that. There was only one solution. 'The waste is buried down here,' continues Ms Nikula, as we wind our way down a steep, underground tunnel on a powerplant shuttle bus. Half a kilometer beneath the bedrock, we examine the unsuspecting copper canisters of highly reactive nuclear waste. An information board is fastened to the gray walls. 'RADIOACTIVE SUBSTANCES ARE BLOCKED FROM FINDING THEIR WAY TO LIVING NATURE,' it explains. 'RADIOACTIVITY OF THE WASTE DISAPPEARS FAIRLY SOON - WITHIN A FEW CENTURIES.' 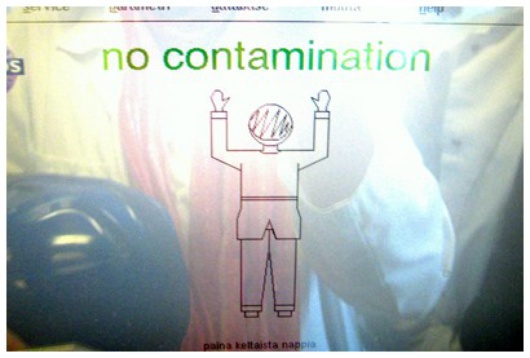 Back above land we are each asked to carry a small radiation detector with us as we make our way through the winding corridors and endless staircases inside the reactor building. Security on entry is tight, but once inside staff zip around silently on small black tricycles, like human size Doozers from Fraggle Rock. The inside of the plant is a myriad of pipes and fastners, yellow hazard signs and steel drums. Everyone wears identical white coats and blue hats, with green socks covering their shoes. I'm a little on edge, though I can't exactly pinpoint why. Olkiluoto does have an impressive safety record, but something about nuclear energy leaves me uneasy, and I find myself glancing repeatedly to my radiation detector, which stays at a reassuring 0.000 for the entire tour.

When we leave, we must each file through a huge silver machine, pressing our bodies against a panel which detects any possible radiation exposure. A tiny computer man blinks at the end of each scan. 'No contamination,' he gurgles repeatedly in a mechanical computer voice. By the time I hang up my hard hat, I could do with that glass of wine after all.

Where the nuclear plant is, Finland