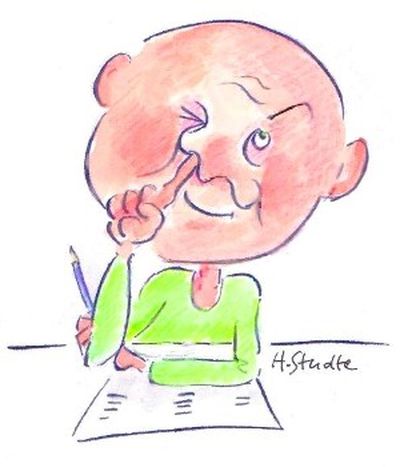 Fingers in the nose

When I was at college doing my final exams, I expressed my fears to the French assistante. “Don’t worry”, she told me, “Tu réussiras les doigts dans le nez.” At the look of horror on my face that I would have to do my French oral exam with my fingers stuck up my nose, she explained that it simply meant that I would have no problems at all in the exams.

In English, we have a slightly more acrobatic way of getting this idea across – “I could do that standing on my head!” you might say. The Germans, who appear to be a race of right-handers, say, “Das mache ich mit links”. Literally, “I can do that with my left hand!” The Italians boast, “Potrei farlo a occhi chiusi”. Let’s hope no one tries this though or there could be a lot of accidents! The Italian saying has a direct equivalent in English, “I could do that with my eyes closed”.