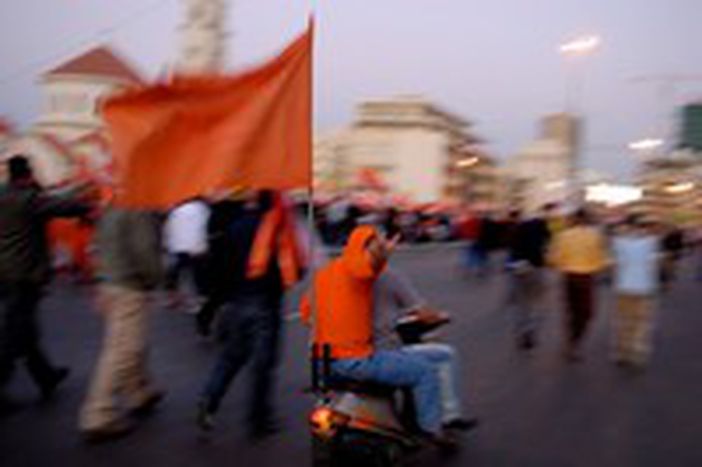 400 million Euros from the Commission, $770 million from the US. But Lebanon remains consumed by instability

Michel Eddé, president of Lebanon's Maronite League, defends the Lebanese community model as the only one capable of harmoniously expressing the country's diversity. The 79-year-old former minister is also director of L'Orient Le Jour, one of the oldest francophone dailies in Lebanon.

The aid given to Lebanon is not only European: European subsidies are in fact smaller than those from Arab or US sources. For the most part, they are medium-term low interest loans given to the country with a grace period of a few years before payback. These loans should allow Lebanon to reschedule its debt and help it to get over the next two or three difficult years. In the near future, the state will be confronted with difficulties presented by the aftermath of the Israeli attack in July 2006 and the damage caused to the Lebanese public and private sectors.

Out of all the money given to the country, only a limited amount – between $1.5 and $2 million – consists of contributions and donations. All of these contributions, loans and donations support and stabilise the Lebanese pound. They maintain an equilibrium in the balance of payments. The 3rd International Paris Conference for Support to Lebanon, on January 25, has had a clearly positive impact on Lebanese residents abroad. The meeting restored their confidence in their country’s future. It invited them to continue transferring their capital to Lebanon. Since the end of World War II, this has always constituted a strong element in the capital’s wealth and the country’s development.

Does this flow of money not risk destabilising the government, exacerbating the feeling that the country is controlled by the West?

It is completely untrue, even distorted to think that European, Arab or US economic aid risks destabilising or strengthening Western control in our country. Lebanon has always had close links with all states in the international community, even during the Soviet period. At present, the term 'West' has no clear meaning. Blocks of open conflict no longer exist, and Lebanon has excellent relations with the 'East' and the 'West.'

Would reconciliation between the Lebanese factions necessarily be a significant step backwards for foreign players’ influence in the country?

Since times immemorial, foreign players such as Syria, Iran, the US, France as well as Egypt, Saudi Arabia and Russia have all cultivated their relations and even exerted an influence on political coalitions on the Lebanese scene. This interaction is due to the fact that Lebanon is historically a crossroads of civilisation. It is both a bridge between the East and the West, an artisan of dialogue between civilisations and, in particular, Islamic-Christian dialogue. At times, it is an arena for regional confrontation. In my opinion, reconciliation between Lebanese factions takes place with the re-establishment of the state of law, the implementation of a consensual democracy and the correct management of the institutions. In such a set-up, foreign players would not have the possibility to benefit from the weakness or lack of institutions in order to strengthen their influence.