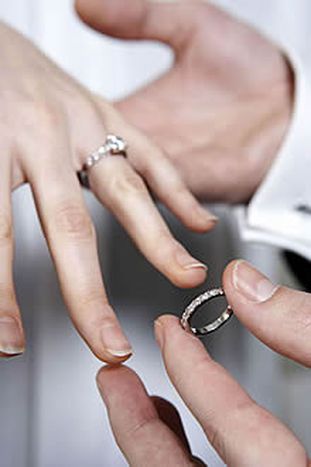 Do you remember? We have finished with the employee of the Municipal Council who had asked for some other documents necessary for the marriage. Here comes the continue of the story. If it does not ring a bell, then check previous post of this section.

Then another obstacle emerged – the documents issued in Trinidad did not correspond with the Hungarian customs, meaning that my mother’s name was not mentioned in them. Again disappointed we left and started to accept the fact: we are not going to be able to get married in Hungary. The municipal employee suggested us that we called the Metropolitan Municipal Council to seek advice, where we were asked the following question: Why don’t we get married outside Hungary, most people do that. Why? Because my fiancé’s family is here and we wanted them – selfishly – to witness their daughter get married.

We knew a couple living in Hungary where the woman was Hungarian and the husband was from the Caribbean as well, they were our heroes since they managed to integrate into society quite successfully. So we asked them how they did it. Guess what – they got married in Elvis’ church in Las Vegas since it seemed to be impossible in Hungary. We made a last attempt to reach a solution to our problem, we visited another Municipal Council since we experienced that every authority operates according to different rules. Unfortunately the same problem occurred – the difference between the two countries customs of issuing documents.

With my visa expiring again we decided to get married in land of promises, United States of America. We tried collecting information of documents needed, but outside the US not even the Embassy was able to provide the list of necessary documents. Armed with different papers stating that we were not married, we were not imprisoned we paid a visit to the City Hall of Daytona Beach. Prepared for the worst we uttered the dreadful question: what do we need to be able to get married? With a smile on her face she said: I need to see your passports and there is a fee of 123 US dollars. The torture does not end here because she asked us if we were married. We quickly ensured her of our marital status and added that we had documents to prove it. This is the moment when the most shocking thing happened. We were told that it was not necessary, our word was enough. We stood there in complete disbelief. She took advantage of our silence as asked if we wanted to hold the ceremony now. This question just added to our speechlessness. After regaining our voices we told her that we would like to dress up in respect of the moment. We had one last question if we needed witnesses the answer gave us an overwhelming feeling – no, it was not necessary.

So after reading the bulky book of law on marriage a week later we finally tied the knot. The only people present at the ceremony were me and my wife and the judicator who hold the ceremony. Even more shocking we could have the ceremony right away without any appointments made beforehand while Florida residents have to wait 3 days.