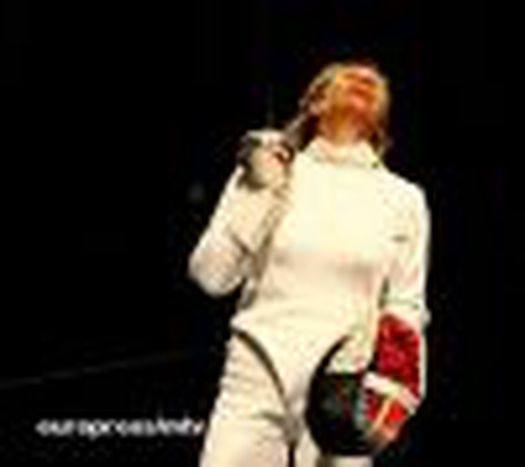 Fencing - Mincza's bronze was the only medal

Tough dominance of Hungarians in fencing has been much stronger in the past, there are still very talentful sportsmen and women for whom we can keep our fingers crossed in the Beijing Games. Unfortunately both individual and team contests caused dissapointment in Hungary's most successful sport.

At the same time Ildikó Mincza-Nébald Sydney's 4th placer had this time taken the bronze medal in women's individual epee after having lost in semi-finals with only one point. 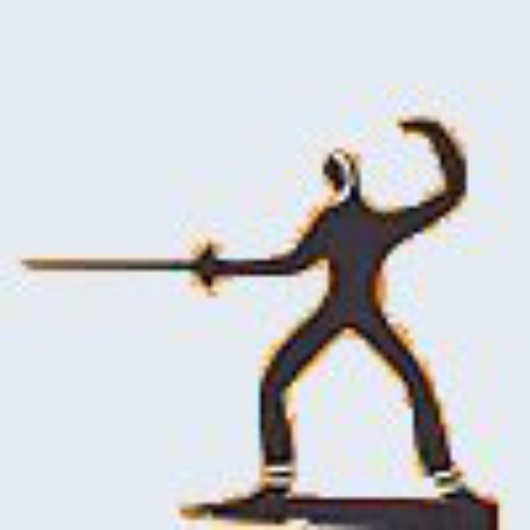 Fencing is one of the five sports in which competitions have been organised without cease in Olympics since 1896. Before the 1st World War this sport had a serious prestige all over Europe, especially in Hungary. Since it has been reputed as the hobby of rich men it has been cultivated by the upper-class in elegant salons. Later on during the ‘30s popularity of the sport improved, and become available for people of lower classes as well. Thus, during 1926 and 1935 Hungarians had won all the world championships even in individual and team contests. This was the time when fencing has become Hungarian’s sport. Despite the glorious past, today, fencing is not the sport being cultivated by the masses. Besides the professionals who still won number of medals for Hungary there is a small number of people doing this sport as a hobby. 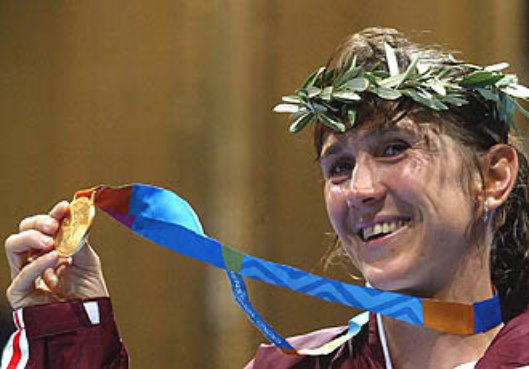 Success of Hungarian fencers is outstanding since the beginnings. Their success is even unique compared to results of Hungarians in other sports. Alike being the most successful Hungarian Olympic sport, it stands on the 3rd place of the overall rank list (following France and Italy) with 81 medals out of which 34 is gold. Our most famous champions are Aladár Gerevich (seven-times Olympic Champion between 1932-1960) or Tímea Nagy Sydney’s and Athen’s Olympic Champion of Indiviual Epee.

The tournament started with Epee starring Krisztián Kulcsár, Géza Imre and Gábor Boczkó. Kulcsár was the first Hungarians to take to the piste, his opponent was the Chinese Jin Lien-chi among the best 32. Unfortunately the Chinese athlete advanced to the group of 16, defeting Kulcsár 15:9. He fell out of the Olympic Games with disappointment as he was the world champion in 2007 and silver medalist in the 2004 Olympic tournament. Imre and Boczkó both advanced on, Imre defeated a Korean athlete with a close 15:14 score and Boczkó won his fight with a technical victory. In the best 16 Imre started off confidently taking the lead however after the first round Diego Confalonieri was stronger and became the winner, sending the 2008 European champion home. Boczkó with patient and smart tactics beat his hasty Venezuelan opponent advancing to the best 8, keeping Hungarian hopes high. He found himself facing a Polish athlete who defeated Jin Lien-chi who previously defeated Kulcsár. The combat was full of fouls and misjudgments on the referee’s side but all in all the Hungarian came out as the winner advancing to the best 4. His next challenger was the French Fabrice Jeannet who is a world champion, defending his Olympic title in team. 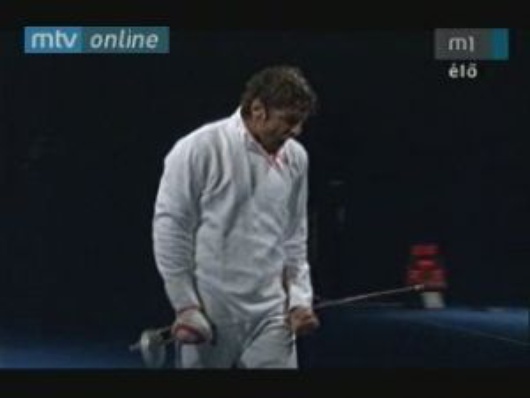 After a heroic struggle the French moved forward to meet the Italian Matteo Tagliaroli (who latter became the Olympic champion). Boczkó had a chance to gain the bronze medal against the Spanish Abajo. After a close duel the result was still at draw which brought about the sudden death in overtime resulting in Abajo’s victory. The 3-times European Champion Boczkó has fenced all day very patiently and was very angry with his 4th place, as during the elimination he defeated even Fernandez, leader of world rank list. The same day Orsolya Nagy advanced to the group of 16 where she finished 14th.

Edina Knapek, Gabriella Varga and Aida Mohamed were the center of attention in Hungary on Tuesday as the individual foil commenced. All the girls advanced to the next group of 16 with outstanding victories, Knapek defeating a Chinese opponent. Unfortunately the continuation wasn’t as delightful as Gabriella Varga tried to fight a 150 cm tall (short) Japanese girl without any surface to attack literally which resulted in the South Korean’s victory. Mohamed lost to the Russian Lamonova to 15:5. Knapek managed to move on after defeating Sun Chao she beat Sun Van-ven this time. Her next opponent was the two time Olympic champion and five time world champion Vezzelini who wowed to be the only woman to sustain 3 consecutive Olympic gold medals (realizing her own goal latter today). She suffered a 15:3 defeat finishing 5th at the Beijing Olympic Games. Mohamed finished 12th while Varga came in 10th place.

Unfortunately none of the Hungarian fencers managed to qualify himself to the finals. Tough Áron Szilágyi got through to the quaterfinals with defeating another Hungarian Tamás Decsi, finally he could not manage to get win against the American Smart, 5th of the world rank list. Tuesday's results caused big dissapointments as there was always at least one Hungarian in the first eight of sabrer's individual competition.

Tough it was dissapointing that Emese Szász had fallen out in quarterfinals Ildikó Mincza-Nébald Sydney's 4th placer had this time taken the bronze medal in women's individual epee after having lost in semi-finals with only one point. Thus Ildikó, who came back after a two year break won the 3rd medal for Hungary.

Now, we do hope that Ildikó's success give enough inspiration for both the guys and the girls to achieve good results in the upcoming team tournaments.

Unfortunately Hungarians have finished the games at the 5th place in men's epée team's competitions, while on Firday it was a dissapointment that women's foil team catched only the 4th place after having lost against Italy. Sunday, 2007's worl champion tem the Hungarian men's sabre team cathed only the 7th place causing huge dissapointment among sport fans.

After the very poor show of the fencing team - the worst of the last 108 years - a wide public debate has been launched in Hungary about the possibble causes. It seems that a major change should be taken place both in tactics, training methods and motivation while on the other hand there is no doubt that the weak financial background was also responsible for this weak performance.