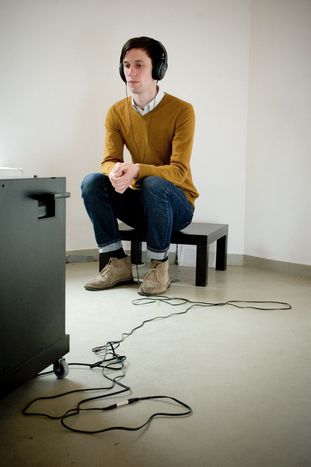 The German was picked three years ago when he was just 20 - in Venice, the youngest curator was 46! With a team averaging an age of 24, the Bucharest Biennale between 21 May and 25 July 2010 gives youth the chance to show what they can do

Felix Vogel is first to admit that the term ‘biennale’ creates confusion. 'Venice was the first,' the curator explains, 'but the only common denominator is that a biennale takes place every two years and exhibits contemporary art. Venice is more conservative than here in Bucharest, where there is a pavilion system and each country has its own curator.'

Romania's fourth biennale (BB4) is indeed making waves in the sometimes stuffy world of contemporary art. At a live talk between the curator and artists, the usually cool and eloquent Vogel appears reticent when one of his French artists launches an expletive-peppered tirade that stuns the whole room. Jean-Baptiste Naudy, 28, is angered by the fact that artists are not paid by the biennale, but by their own countries. Economic pressures are felt here just as much as anywhere else, making the theme of the biennale - of 'producing possibilities' - a timely one.

With his photogenic looks and a calm, authoritative demeanour, Vogel – who also lives and works in Konstanz in Germany - certainly offers a striking face for the event. 'They’re crazy! No, I hope that it was because of something other than my age!' he laughs, once inside his slightly messy office at the Pavilion Unicredit centre for contemporary art and culture, which he very politely steers our photographer away from. 'I was interested in eastern Europe,' continues Vogel, who studies art theory in Karlsruhe, where he started his career curating university exhibitions. 'I became familiar with this organisation in Bucharest in 2006. They came to know what to expect with me; they knew they wouldn’t get any trouble or surprises. I also started writing for PAVILION journal in Bucharest.' 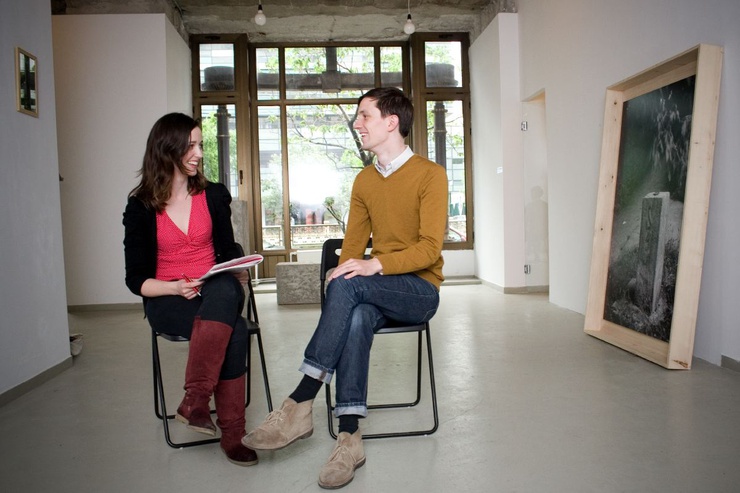 Vogel's appointment provoked surprise and a dash of envy. 'It’s a bit like a competition to find the youngest curator,' comments one thirty-something Polish gallery owner, who hints that the organisers are aiming for ‘trendiness’. He does admit, though, that Vogel is ‘good’, and 'has the mind of a thirty year old.' Vogel himself is honest about the advantages of youth versus experience. 'There’s a lack of legacy,' he explains. 'I have no huge background or knowledge. One of the ideas was to make this biennale fresher and uncontaminated. With other curators with say six years of experience, their biennales start to look the same.' He's lax on whether it is difficult to command authority at a young age. 'I try to be as less authoritarian as possible. There’s no hierarchy - I don’t ask volunteers to make coffee. I treat everyone on the same level. The artists were intense, friendly and supportive. Working with them was an enriching and collective process.'

In the 2008 art inheritance case that pitted former dictator Ceausescu’s heirs against the state, there was little interest from the Romanian public, and Vogel himself has had to think about how to engage the Romanian people. 'Education here is very conservative,' he explains. 'We’re not aiming at a small group from the Romanian contemporary art scene, but want to invite different kinds of people. This is why we selected different spaces, like the geology museum, instead of just contemporary art spaces.' He passes on the question of why the publicity for this event has been so minimalist, especially if art is a form of agency in the public sphere - there's little indication of what the exhibition’s about, and average Romanians I meet aren't aware of the event. 'I had no say in the publicity,' he says. 'That was done by other people.'

He does however, have some tips for other budding curators. 'You don’t need to follow trends. The art world has the most open structure. There’s no rule or way, and no set way of defining what a curator does. I wouldn’t say that I’m competitive.' Next, Vogel will be opening another exhibition in Stockholm which he has also curated. 'I’ll be in Berlin in the summer finishing my thesis on performance architecture and 18th century garden architecture, focussing on Marie Antoinette’s gardens,' he adds. Producing more possibilities, indeed.