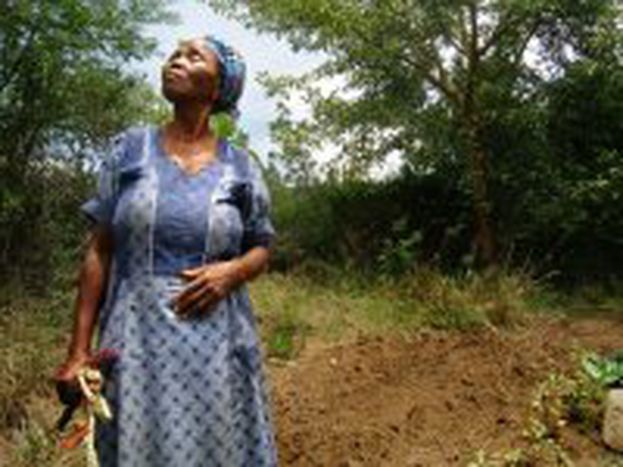 More than $1 trillion in development aid has been poured into Africa over the past 50 years but this has only helped to perpetuate a vicious circle of poverty, argues Dambisa Moyo in her book “Dead Aid”.* She demands the phasing out of all foreign government aid within the next five years in order to allow African countries to lift themselves out of poverty.

True, decades of European involvement in Africa has brought about little change and the “lost continent” is lagging behind on virtually all the Millennium Development Goals (MDGs).

This staggering fact should lead the EU member states to seriously rethink their strategies and methods if they do not want all their efforts to evaporate. With some $75 billion of Official Development Assistance (ODA) to its name, the EU is by far the largest donor in the world, representing over 55% of the total yearly ODA. 1 But the reality is that the European Commission (EC) is entrusted with only one-sixth of the EU member states’ aid, while five-sixths is still being channelled by European governments themselves. This article will therefore argue that only a more federal European development policy driven by the Commission will result in the delivery of more, better and faster aid which does trigger genuine economic growth in Africa.

The main reason for which development policy is sometimes declared to be on the edge of bankruptcy is that EU member states cherished hidden national economic, security or postcolonial agendas far too long. Tied aid required recipient countries to purchase their equipment from companies residing in donor countries; strategically important but corrupt governments squandered money on mega projects that were by no means viable; and short-term technical assistance served as a charity sweetener to prolong influence in former colonies. Aid was centred on the interests of the North instead of those of the South. High officials of national development institutes admit that still too much time and money are being wasted on administrative micro-management and (Western) consultants. 2 Moreover, everybody was involved in everything and the three crucial C’s of coordination, complementarity and coherence were totally disregarded. Too many cooks spoil the meal, especially when the recipes are full of flaws and the ingredients have passed their expiry date.

An excellent recipe with modern ingredients is presented in the 2009 Industrial Development Report from UNIDO “Breaking In and Moving Up” which was co-authored by Professor Paul Collier, who wrote the famous bestseller “The Bottom Billion”. 3 The Report is innovative in proposing that the government partner with the private sector while emphasizing the role of institutions and infrastructure in stimulating a business climate open to trade. It is quintessential that aid is directed toward creating an “enabling environment” for the economy since Africa will need 7% growth on a yearly basis in order to reach the MDGs. 4 But in order for the poor to participate in the growth and for wealth to be redistributed, in other words, for development to be sustainable, aid must be managed by the recipient country. Strengthening country ownership was singled out as the first key issue in the 2008 Accra Agenda for Action because developing countries must obtain the capabilities and capacities to steer their own development. 5

Now, the 2006 European Consensus on Development has spelled out the Commission’s comparative advantage in governance and trade and recognized budget support as a preferential aid modality. 6 The EC should therefore be granted more supranational clout for it is a frontrunner on these best practices:

• Firstly, the EC is the most prominent advocate of budget support which draws on the government’s self-management capacities thus drastically reducing paperwork. The grants come with incentives for the state administration to improve its national accountability mechanisms, such as the quality of public financial management and parliamentary capacity for democratic oversight on the executive to avoid corruption and assure good governance. Tranches of funds are only dispersed depending on performance indicators. In well governed states, “MDG Contracts” can be concluded in dialogue with the partner country to support for instance the health or education sectors. In fragile states, investments should be oriented to reforming the security sector, improving the checks and balances between the three branches of government, ensuring the freedom of expression & association for CSOs and strengthening the rule of law for enforceable contracts and guaranteed property rights. For example, in the framework of the 10th European Development Fund, the European Commission is now allocating 44% of its resources to budget support. 7

• Secondly, the EC is rightly a champion of ever more aid for trade with a view to shift revenues away from levies to production. Aid for trade compensates for incrementally removing tariff and quota barriers and targets the strengthening of trade-related infrastructure (transport, communications, energy supply and storage space) as well as better macroeconomic policy and regulation. It supports small and medium sized enterprise associations (like chambers of commerce) so as to improve the supply-side capacity of the private sector, the investment climate and, eventually, create employment. For example, the Commission is close to allocating €1 billion to aid for trade (which is more than all EU MS together) and the Economic Partnership Agreements (EPAs) aspire to gradually open-up markets to incite regional trade and integration. 8

In the past, development policy suffered from a proliferation of aid actors, structures and activities which caused overlaps, duplications and boundless bureaucracy. Worse, donors tended to favour their “darling countries” while leaving “aid orphans” behind. That is why the 2005 Paris Declaration on Aid Effectiveness calls for donor harmonisation and alignment on the partners’ own strategies, in the interest of lower transaction costs. The 2007 EU Code of Conduct on Division of Labour already fulminated against the fact that in each developing country there are, on average, 350 donor missions per year. 9 But the cacophony of European aid still puts a tremendous administrative burden on African countries which could spend their precious resources far more usefully. For the sake of efficiency and effectiveness, pro-federal reforms are required in the institutional set-up of the EU, both at headquarter (HQ) and at field level:

• The artificial split between the African, Caribbean and Pacific (ACP) states and other countries must disappear in order to centralise all development policy under one single Directorate-General for Development (DG DEV), headed by one single Commissioner, who has to be responsible for the implementation by EuropeAid, too.

• A “Consistency Unit” in DG DEV should oversee the 3 C’s in overall EU development action. This Unit should be in charge of coordination with DG Trade regarding the negotiation of the EPAs and the reduction of EU tariffs on imports, of coherence with DG Agriculture to slash trade-distorting subsidies and of complementarity with member states’ development policies.

• The intergovernmental European Development Fund (an envelope of currently €22.6 billion) has to be brought into the general budget of the community, so as to increase oversight by the European Parliament and reduce earmarked funding dominated by national interests while still allowing EU member states to co-finance Commission aid programmes.

• In line with the principle of “delegated cooperation”, EC Delegations should (as “lead” donors) negotiate on behalf of the member states (the “delegating” donors) the Country Strategy Papers (CSP) with partner governments, in an effort to rally donors behind one concerted and uniform approach. In such a strategy, the Commission could for instance be tasked with budget support, infrastructure and democratic governance, while the member states take on health and education. Such a division of labour would guarantee more in-country and cross-country complementarity.

• In terms of evaluation, monitoring and auditing, it would cut red tape drastically if recipient countries only had to report back to one single donor and deal with one standard set of rules. CSOs would need to play a crucial role as watchdogs and brief the Commission on progress made.

Raise the level of aid

According to the OECD statistics, only 30% of ODA is channelled multilaterally whereas 70% still goes through bilateral channels. 10 In the name of reducing the costly fragmentation of aid and increasing the predictability and transparency of flows, more aid has to be channelled via the European Commission, the UN or international development banks.

Finally, concerning the “Financing for Development”, the Commission should not only just keep track of member states’ performance on a scoreboard but it should start taking measures against EU countries that do not fulfil their commitments enshrined in the 2002 Monterrey Consensus and reiterated in the 2008 Doha Declaration. Since they already promised to spend the symbolic sum of 0.7% of their GDP on ODA back in 1970, they have had more than enough time to reach 0.56% by 2010 and at least 0.7% by 2015. Political leaders are held accountable for not keeping their promises on the national level, but who will hold them accountable for not meeting their obligations towards the developing world?

It always has to be borne in mind that aid is not a goal in itself but only a way of spurring sustainable human and economic development. Development has to be driven by the developing countries themselves and the 2007 Joint EU-Africa Strategy proves that African countries also underline democratic governance and trade amongst their strategic priorities. 11 The European Commission is at the vanguard of supporting these policies, by granting budget support and aid for trade, and strives for a simplified EU aid architecture. The quantity of aid could be improved if the Commission were to be given more authority in assuring that member states stick to their commitments. And the quality and speed of aid could be improved if the Commission were to push for a binding division of labour and assume more competences in delivering aid itself. Unless more powers are shifted to the supranational level, the sum of the parts will always remain smaller than the total.

How long will EU member states continue to think they can dodge sharp criticism? They would do better to federalise their aid policies before they get accused by their citizens of spending billions of taxpayers’ money without benefiting the development of Africa at all…

7 European Commission, Development - How we do it?

8 Michel and Mandelson, Europe’s aid for trade pledge, 2007, by 2010, the EC will provide half of the €2 billion committed in the EU Aid for Trade Strategy.