Federal Union: it is time to decide!

Faced with these and other challenges, the good governance of the international community needs a strong European Union which makes a leading contribution towards peace, justice and liberty 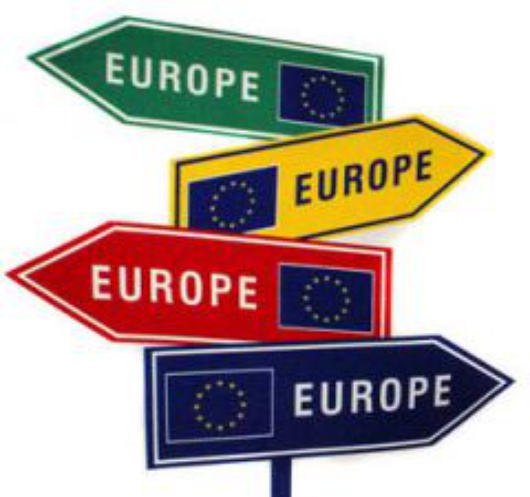 The Treaty of Lisbon has greatly strengthened the European Union: its full and rapid implementation is vital.

However, the future of the Economic and Monetary Union is now at serious risk. The loss of impetus behind enlargement diminishes the EU's moral authority and political credibility in world affairs.

Political solidarity benefits all. There can be no solidarity without government people can trust. Because trust is lacking today, several states are obstructing the necessary debate on federal options for the future of Europe and engaging the EU in a system of unproductive intergovernmental initiatives. At best, this situation negates the logic of the Lisbon treaty; at worst, it risks a return to nationalism and xenophobia.

Europe's political leaders must move decisively now to prevent the disintegration of Europe. They should concentrate on enhancing the EU's capacity to act effectively to deal with current and likely future challenges. They must avoid actions which make further steps towards European integration more difficult.

The EU's existing arrangement of Economic and Monetary Union has been tested and found wanting. The latest decision of the European Council to amend the treaty and install a permanent crisis mechanism for the eurozone is a short-term measure which falls well short of a proper economic government in a federal union.

Over the medium term other steps must be taken to ensure the euro area's cohesion and give the EU the capability to promote an effective, sustainable economic policy. The eventual features of EU economic government should include

enhancement of the European Commission's facility to issue eurobonds for investment in innovative, sustainable projects with European added value, introduction of automatic sanctions and penalties in the case of breach of agreed fiscal discipline, review of the euro convergence criteria, consolidation of the regulatory framework of the financial sector, the completion of the single market action plan by 2012, creation of a common market for euro denominated sovereign debt instruments, statutory eurogroup representation at the IMF, a buoyant EU budget financed largely by autonomous revenue streams, strengthened Commission's leadership in economic and financial affairs.

Negotiations on the revision of the EU's multi-annual financial framework and reform of the own resources system need to be radical if the EU budget is to contribute effectively to fiscal stabilisation and economic recovery. The financial burden on national budgets will diminish as important items of expenditure are transferred to the EU level and large economies of scale are achieved - for example, in the fields of R&D, energy super-grid and smart-grids, transport infrastructure and defence procurement.

While the Lisbon treaty has consolidated the EU's statutory authority, its institutions still lack strong popular legitimacy. Action is needed now to enhance democratic practice at the federal level. The European Citizens' Initiative is one welcome improvement. The next step must be to accelerate the development of federal political parties through the electoral reform of the European Parliament.

The introduction of a pan-EU constituency in time for 2014, electing a small number of MEPs for a pan-EU constituency from transnational lists, would improve the European dimension of the elections and bring vitality to Europe's emerging post-national democracy. The European political parties should be given responsibility for electoral campaigning. It can be hoped that the next Commission President will emerge from one such transnational list. The EU institutions and national governments should promote extensive civic information campaigns about the European elections.

Discover the Union of European Federalists' proposals and campaigns on federalists.eu