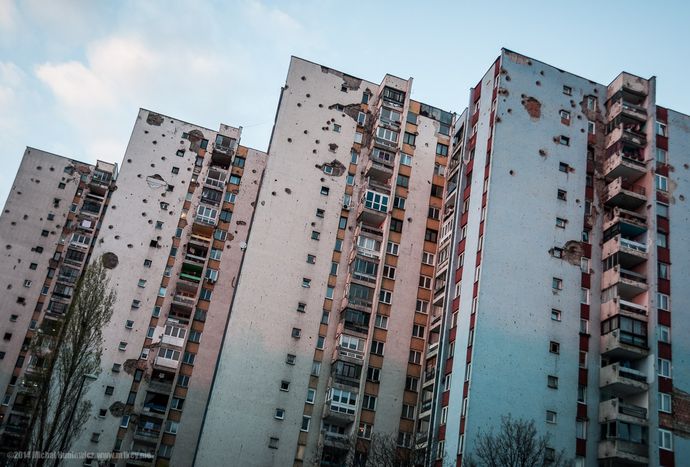 Fears of new tensions in Bosnia after referendum

In the Republika Srpska, the Serb part of Bosnia and Herzegovina, 99.8% of voters cast their ballots in favour of keeping a public holiday on January 9 marking the founding of the republic in 1992. The holiday was declared illegal by the country's constitutional court last year. A look at the commentary columns shows that the referendum was never really about the public holiday.

The public holiday was never the real issue; this was all about Serb and Bosniak troublemakers trying to close ranks, Večernji List rails: "Dodik only posed this symbolic question to improve his own standing and force the opposition into submission. Given the local elections taking place in Bosnia and Herzegovina in a week's time, this was by no means a trivial manoeuvre... Bakir Izetbegović, the Bosniak representative of the tripartite Presidency of Bosnia and Herzegovina and leader of the SDA [the Bosniak controlled party in the country], used the same ploy successfully. He dramatized the referendum and brought the opposition to join in the 'defence of the country' rather than tackling the issue of his ruling party's unsuccessful policies. Now that all sides have achieved their little political goals it's time to start addressing Bosnia and Herzegovina's real problems." (26/09/2016)

The results of the referendum could plunge the fragile country into chaos once more, taz fears: "Milorad Dodik, the stricken president of the Republika Srpska, has once again managed to close the ranks behind him. And after this success, the Serb leader is not beyond exacerbating the situation with a vote on exiting the federation... Dodik and his supporters want nothing less than the nationalist dream of a greater Serbia. No wonder the Bosniaks - or Bosnian Muslims - who are in the majority, have reacted with outrage... Yes, the Serbs could leave the state of Bosnia and Herzegovina, but they must leave the country intact, the Bosniaks say unequivocally. Such a statement is tantamount to a threat of war." (27/09/2016)

Delo also voices concern about whether peaceful coexistence is still possible in Bosnia and Herzegovina after the referendum: "In the West the view prevails that before the war the Serbs, Croats and Muslims all lived together in perfect harmony in Bosnia, that there was no mutual hatred and that this was a national and religiously tolerant multicultural society. But that model only functioned until democracy came along... Although the international protectorate still applies, the foreigners will leave one day as they always do once an occupation has ended. But the Serbs, Croats and Bosnians will remain in Bosnia. In what kind of shared state are they willing to live in together - if at all? If the efforts to create a multiethnic Bosnia fail, anything could happen." (27/09/2016)

Admission of failure for the West - Der Standard, Austria

The West has once again been shown up with the referendum in the Republika Srpska, Der Standard concludes: “Russia is no longer respecting the decisions made in the international community's Peace Implementation Council in Bosnia and Herzegovina. This undermines EU expansion and therefore the development of the rule of law and civil rights. Although the EU Council could impose sanctions it isn't reacting at all. The international community has been inactive for a long time. When Christian Schwarz-Schilling was the High Representative in Bosnia and Herzegovina 10 years ago, Dodik had already crossed the red line. But the US suddenly withdrew its consent for sanctions. Now it's too late to say stop. The authority of the High Representative as an institution was damaged long ago. The fact that the referendum took place at all is a declaration of bankruptcy for the West's policy in the Balkans.” (27/09/2016)