In Brussels, there’s been a boom of citizen-led environmental initiatives. Bees Co-op was created over the last few months by a group of 50 active members. They're in the process of developing a new kind of “supermarket” offering an alternative to large distribution centres. We met up with Fanny De Keyser, one of the founders of the self-managed project, the first of its kind on Belgian soil.

Based on the model of a supermarket which emerged in New York in the 60s (Park Slope Food Co-op), and another in Paris (La Louve), the Bees Co-op was launched in January 2014 by 9 young activists from citizen’s network ADES. Conceived as a co-operative supermarket, participative and inclusive as well as non-profit, this project doesn’t just propose a solution to reducing the amount of food waste generated by the supermarket industry, but also permits the people of Brussels to reclaim control over their own diets.

A product of the pet hates of Fanny and a group of friends – concerning the classic methods of distribution used by the industry – Bees Co-op has been a resounding success in the Belgian capital. In three months, the innovative project collected 18,000 euros thanks to a crowdfunding push on Kisskissbankbank. Its target for completion is September 2016, which gives enough time to get everything in place – including the construction of the supermarket's premises using recycled materials.

For Fanny, it all began with a raw food cookery class. “Thanks to that course,” she explains, “I quickly understood how diet, especially eating organic, is so strongly connected to your health. Inevitably ecology is at the root of all this, since it depends on the manner in which we cultivate the products we consume.”

Fanny will make the trip to Paris on the 29th of November with a group of friends, in order to attend citizens’ gatherings during COP21. Does she have big expectations? Not especially. “I don't know the specifics of the conference. All I know is that the politicians always make a lot of promises about the environment, and in the end they never keep them. Or if they do take counter measures they put profit before everything else. That’s going to have to change.”

She notes that environmental initiatives are generally either citizen led, or non-governmental. “On the citizen’s side of things, you see that people are taking things into their own hands,” she explains, “They ride bikes, pay more attention to their diet, etc. There are new demands and new desires, which goes hand in hand with more general worries.” 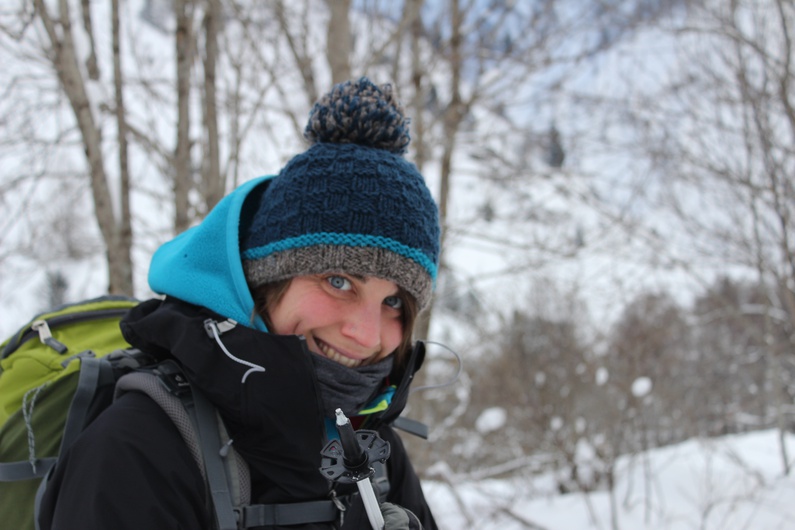 Therefore with Bees Co-op, Fanny wishes to encourage this renewed citizen’s interest in the environment. The project works with several alternative grocery stores around Brussels, the goal being to increase customer wellbeing while avoiding playing the competition card. The collective is in contact with the Brussel’s Department of Quality of Life, Environment, and Energy (cdH), and the local authorities in Schaerbeek. It also plans to hold a conference alongside the PS-cdH-Ecolo coalition.

In Fanny’s eyes, Bees Co-op is thus a means of changing established thought, whilst allowing her to get involved in a fight she holds dear to her heart. The ecological aspect of the project takes pride of place. Amongst the objectives advocated by the co-op we find: the favouring of sustainable diets as well as local economies and measures for equitable exchange, ecological products and in season produce, the reduction of packaging and the fight against food waste.

At its core, Bees Co-op has an ultimate objective, which is a burning topic for many: to increase customer awareness surrounding their dietary habits, and the consequences this has on their level of health, ecology and the economy.

This portrait is part of our #21faces project in the run-up to the world climate summit COP21 in Paris. This article was published by our local team at cafébabel Brussels.