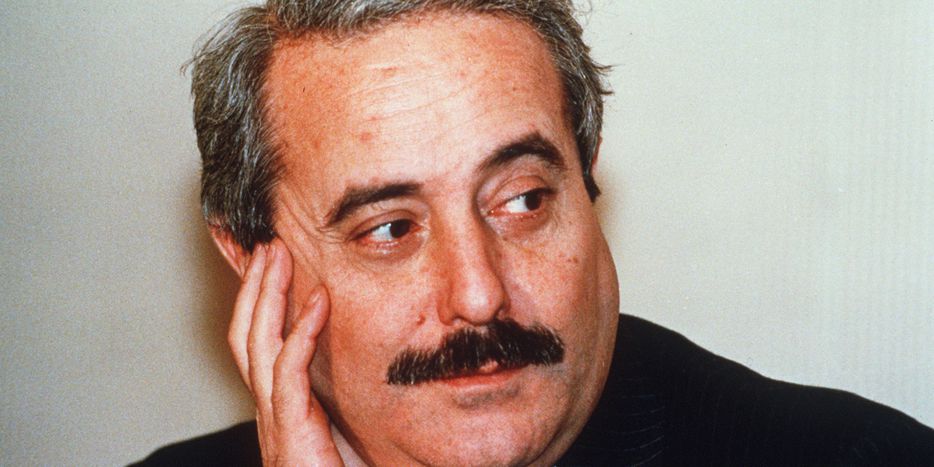 Falcone? Not a hero but a model

The 21st of March is the Day of remembrance for the victims and of commitment against mafia. In Italy someone has dedicated all his life fighting organised crime. The magistrate Giovanni Falcone…But it’s much  more useful to remember him for the things that he did during his life rather than for his sad death in the Capaci bombing.

“I’ve noticed a certain boredom in the recurrence of  these remembrances during these last years. Why is Giovanni Falcone remembered with such an emphasis , such a showiness and the other mafia’s victims are not remembered or they’re remembered in a different way? We should explain people the importance of Giovanni Falcone’s contribution to justice, so they would understand that he’s been so great that we would have remebered him in the say way as we do today even if he had died a natural death.” That’s how Alfredo Morvillo participated last year. He’s the brother of  Falcone’s wife and and worked long with Falcone on the convention titled “L’attualità del pensiero di Giovanni Falcone” (The newness of Falcone’s thought”). And maybe, this is the sense:  not seeing him as a hero but taking his actions as a model.

“It was the 23rd of May 1992, Palermo was shaken by an explosion. Thousands kilos of TNT ended the lives of Giovanni Falcone, Francesca Morvillo, Vito Schifani,Rocco Dicillo and Antonio Montinaro. From that day, every year thousands of people of all ages, social background and nationality come to Palermo to take part in the demonstration to commemorate the judge Giovanni Falcone. But we know that  sometimes  rhetoric kills the essence and habit recedes the memory and then the seed of politics grows little by little, it sprouts as a whisper getting louder and louder: “ What is the point of demonstrations?”.

Nowadays the will is to develop a compendium of the unequalled Giovanni Falcone’s activity, without claiming to be complete. What legislative news Falcone’s work has spread, what intuitions and what investigative techiniques he made possible to develop. So how this Sicilian magistrate with his strong juridical competence, with his innate service-minded attitude, changed forever the fight against mafia providing informations that are still followed by italian magistrates and throughout the world. The real Giovanni Falcone’s heritage.

Just to make a small example, not everybody knows that in Quantico, next to Washington DC in the FBI headquarters, an half-bust of Giovanni Falcone stands out there from the distant 1994. This sculpture was strongly desired by Louis Freeh, who’s  friend and colleague of the Palermitan magistrate and at that time he was the executive director of the FBI. He said he wanted that sculpture because Giovanni Falcone “is the highest representation of Justice and State”.

Falcone knew well that there was the urgency of coordinating the organised crime investigations. Thanks to his plan developed during his work at the Justice Department in charge of the criminal sector, it was issued the legislative decree n. 367/1991 in the field of “Coordination of the investigations and proceedings for organised crime violations”, and it was changed by Law n. 8/1992 with which the Direzione nazionale antimafia and the Direzioni distrettuali antimafia were instituted. It was on the occasion of his last public speech in the 13th of March 1992 that he pinpointed the investigative coordination as a “key” element.

From the decree’s preliminary report it follows: “The aim of this organization is to face the organised crime through the coordination of the investigations”. Nowadays, according to the Article 371a of the Code of Criminal Procedure, the national anti-mafia prosecutor has a role of providing impetus towards the district attorneys, “in oreder to make effective the coordination of the investigation activities, guaranteeing  the functionality of the criminal police’s job in its different branches and ensuring the completeness and the rapidity of the investigations”. Data collection and coordination are essential in the fight against an organised crime that expands more each day its borders of operation.

The phenomenon of collaboration with the State it’s not born with Falcone of course. But until the beginning of the maxiprocesso the pentitismo phenomenon didn’t create troubles  and by the way, criminals’s collaboration were mostly ignored by the judicial authorities (as in the case of Leonardo Vitale’s declarations). Falcone was a strong supporter of the penitents’s collaborations. He thought that only a close vision could reveal the totality of the organization. Tommaso Buscetta’s declarations allowed to retrace every aspect of mafia’s organization in a way that allowed us to know it. However at Falcone’s time the penitents’s management was disorganized; as the same Falcone wrote, the investigators “tried to solve autonomously their security  problems and secondly they made general and unplanned predictions trying to incentivize the penitents”.

Then it came the necessity of the rewarding legislation which thrives between 1991 and 1994. Here once again, Falcone’s work at the Ministry was extremely essential because it led to the development of a number of legislative texts . Nowadays these texts  and the  new legislations, allow a precise management of the collaborators of justice  and rules are dictated only by the Government.

The “Falcone method”, investigation techniques in the field of mafia.

“Seguire i piccioli” better known as “Follow the money” it was the method to really penetrate the mafia world. Falcone wrote: “The main road in the mafia investigations is to follow the traces left behind by the great financials related to the most profitable activities because  that is the best way through which the investigators can create a framework of objective evidences which are insupcetible to distortions.

Mafia investigations should have been conducted during two important moments: first of all there was the necessity to deal with criminal-events linked to financial movements; then, following these movements the idea was that of conducting the investigations verifuing the reato-fine without omitting the reati-mezzo. This modus operandi would have been the key to discover the activities of the organised crime. According to Giovanni Falcone these activities were articulated in “First level crimes” including drug trafficking which has financial implications and “Second level crimes” that is all those crimes that lead to the struggles among crime families to control the activities. And “Third level crimes” which aim to protect the continuity of the mafia system in its totality.

The most important teaching: mafia is not invincible

We all have a debt, the greatest of all, with Giovanni Falcone. He showed us for the first time that if the Government organizes itself, if it combines a professional apparatus, if it invests and learns to move at the same speed of the organised crime, if it works hard to let all the justice organization work , the government can defeat mafia. That “octopus” was composed by humans, and it believed  to be or we preferred to believe that it was invicible. Falcone’s words still echo in everybody’s mind: “The mafia phenomenon is a human pheomenon so as such it had a beginning and i twill also have an end”.

Kingpins were butcher monsters of course, but they were humans so as such they were fallibles. “They’re humans like everyone else” said Falcone. In this way the judge teaches to each of us that we’re right on the government side, he teaches us that we have to face our everyday life with bravery and honesty each for his own ways. He teaches us that mafia can be defeated, that we can say “No” to crime and that honest people can win, not with rethoric but with a state that does his duty.