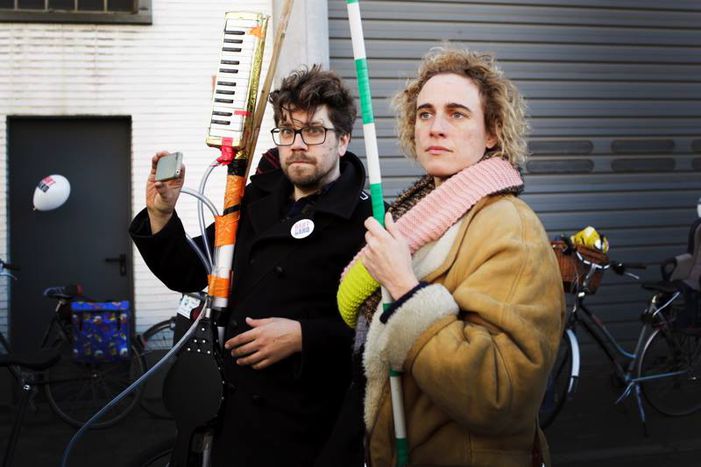 Faced With Austerity, Belgian Citizens Imagine "Anything But This"

It appeared like a faint light on a very, very dark horizon. Tout Autre Chose – "Anything but this" – emerged on December 11th 2014, just a few days before the country's general strike. The strike was the grand finale of growing social tension in Belgium since its new centre-right government came into power.

"STOP! Ideas of solidarity, consensus and dialogue are being challenged. From now on, all we're being offered is austerity." Those words marked the start of the Tout Autre Chose (Anything but this — Ed.) appeal when they were published online on December 11th 2014, a few days before the general strike. Belgium had been gripped by social tension since its new coalition government was established, made up of right-wing parties from both the north and south of the country.

Tout Autre Chose is backed by figures from the world of culture – for example, David Murgia, an author, director and actor who's well known for having directed the political play An Address to the Nation, a sort of aesthetic companion piece to Tout Autre Chose – as well as feminist groups, environmental organisations, academics and everyday citizens. It wants democratic debate about the future of society to be a top priority. It's against austerity and all for alternatives to it. Having initially been signed by only 70 people, this appeal for a collective movement now has some 10,000 signatures – women, men, young people, old people, workers, pensioners, parents, students...It's a group of people who are prepared to think about the world collectively, who are determined to awaken people's imaginations and who, above all, are ready to imagine a future other than austerity.

Tout Autre Chose has an older sibling movement in the north of Belgium, "Hart Boven Hard" – "Heart over austerity" – which sprung up a few months earlier in August 2014. "They were the first to ignite the spark of a new citizen movement. The intentions are pretty much the same. We're going to look at this from a national perspective and work on solutions to issues which are very much national ones," explains Jérôme Van Ruychevelt, one of the founders of the movement, speaking recently on alternative station Radio Campus, based in Brussels.

Van Ruychevelt goes on to say that "Tout Autre Chose wants to restore the importance of democratic debate and let citizens discuss and debate issues, giving them the tools they need and dismantling a dominant discourse which says that there are no alternatives." That will have to involve popularising the criticism of austerity policies which, as Van Ruychevelt says, have "existed for a long time. But they're either too hard to swallow or too poorly thought out to really engage people." Since Tout Autre Chose relies on the power of citizens, several working groups and research teams will be set up in the near future and invited to comment on current affairs, think about certain themes and create new forms of debate. "I really like the idea of an education for the people, even if it's a bit pretentious," explains Jérôme. "We want to work together to come up with new ways of learning, either on the ground, online, or even through interactive events. People will be able to learn, debate and rediscover the joy of debating." 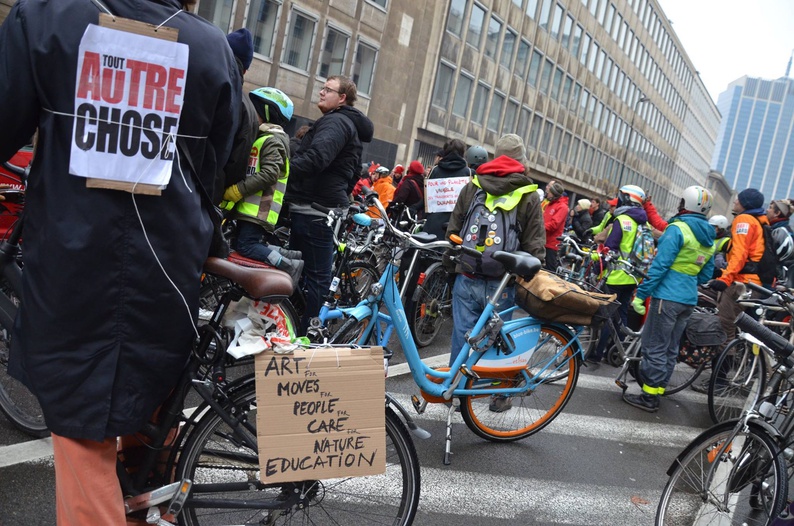 Trusting Citizens to be Spontaneous

On December 15th 2014, the day of a general strike, Tout Autre Chose experimented for the first time with action on the ground in Liège, La Louvière and Brussels. Their work in Brussels involved bicycle tours around the strike's picket-lines, bringing together almost 300 people from across Belgian society and 60 young people from one of Brussels' youth centres. As Jérôme says, it was a success on many levels: "We were able to meet with the workers on strike, which is a good thing to do at a time when strikes are being made less and less valid. Young people had a chance to explain how austerity is affecting their lives and talk about the state of Belgian society today." The next big event will take place in Brussels on March 29th, with Hart Boven Hard joining Tout Autre Chose for a national parade and an opportunity to focus on the two groups' jointly defined commitments.

When it comes to the future, do Tout Autre Chose imagine a similar fate to Podemos, the political party which sprung from Spain's indignados movement? The similarities between the two groups are hard to miss. "For the moment, we're not claiming to be the new indignados movement and we're certainly not aiming to transform ourselves into a political movement. We're a citizens' movement like no other. There's no desire on our part to become an official body or an association. Tout Autre Chose is a grass-roots movement, positioned somewhere between existing groups, which hopes to reach those people who aren't yet involved and engaged. It calls for and places its trust in spontaneous and voluntary citizen involvement," says Jérôme. He insists once more that "Whether you work for an NGO or you're a postman, we'll all debate the same topics at the same level."