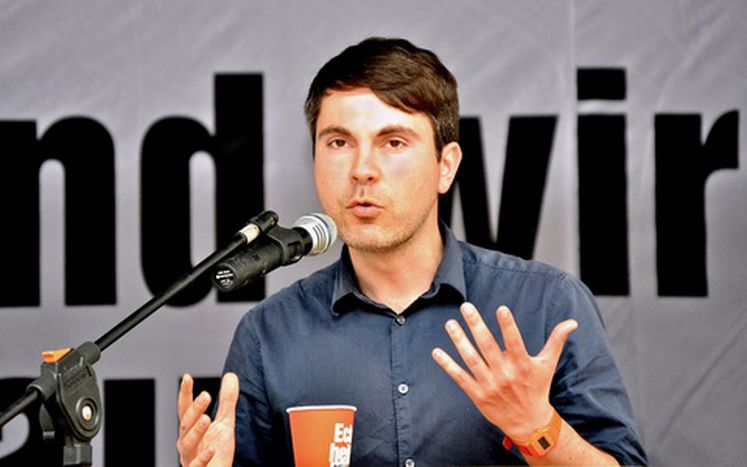 At 34 years old, Fabio de Masi is a spring chicken in the European Parliament. A member of ‘Die Linke’ party in Germany and holder of both a German and Italian passport, he has just entered the EP, and his particular line of expertise is economics. We spoke about his first impressions, Martin Schulz and the place where it all goes down.

Cafébabel: What were your first impressions of European politics?

Fabio de Masi: The first thing I saw in Strasbourg during the plenary session was lots of people rushing aimlessly along the corridors and trying to find their office. I’m still looking for an apartment. Even in my faction, everyone has to get to know one another at first, because we all come from different countries and belong to different parties.

CB: So like your first day at school, then?

FdM: More like my first day at uni. I was thinking how I would’ve rather done something arty (laughs).

FdM: Belgium throws up a few surprises. They tape up their road signs, for example, and repair everything in their own unconventional way. I do like Brussels, but mainly because of its French influences. 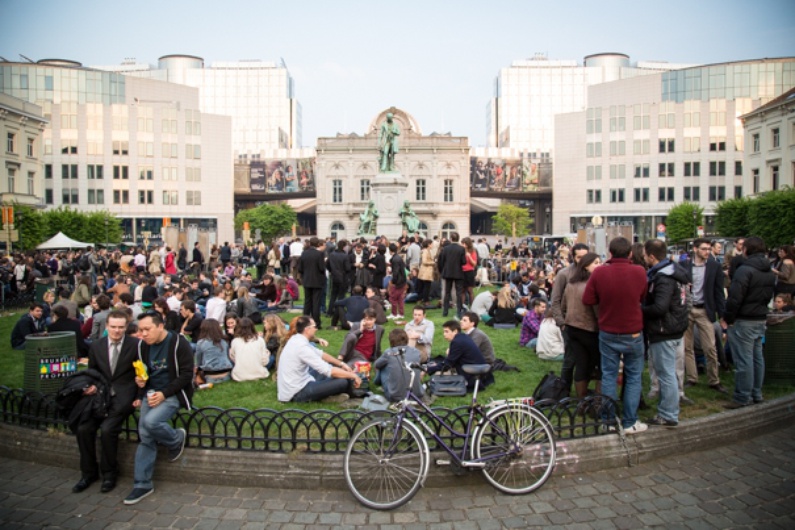 CB: Have you always wanted to go into the European Parliament?

FdM: The EU is undemocratic. There’s also a lack of a European public. Lobbyists have a big influence. At the same time, very important decisions are made at European level. I’ve always wanted to be where it all goes down.

CB: What does this mean for your personal situation?

FdM: The move into Parliament is changing my life a lot at the moment: I’ve got much less time for my little son. I’m constantly on the move and everywhere they treat me like I’m unbelievably important. I know where I come from, though, and I’m very down-to-earth in the way I go about my job in the European Parliament.

CB: What have you got against Martin Schulz for you to not want to elect him as President of the European Parliament?

FdM: It's nothing personal. We actually share the same view as him: the European Union is critically endangered. We must address the fact that 57% of the European electorate didn't go to the polls. Right-wing parties have come to power in France and Great Britain. If you haven't yet realised that time is running out for Europe, then you're beyond help.

CB: If you share the same opinion as him, why didn't you vote for him then? 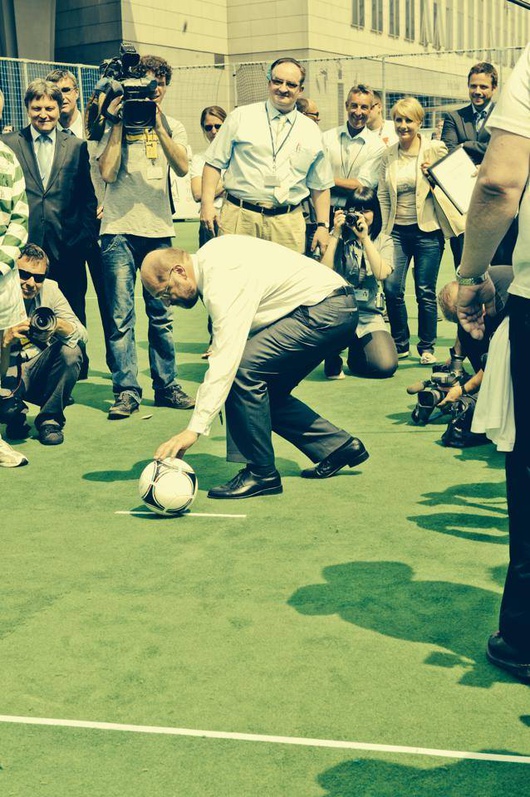 FdM: The question is what political implications are drawn from it. It's not just the EU that's threatened, but above all the living conditions of millions of people in Europe. Even people in Germany with low and middle income saw their actual income decrease as a result of the Agenda 2010 which was passed by Martin Schulz's party. During the crisis, the Social Democrats have backed the supposed rescue of the euro. In reality, the Greek bail-out was a bail-out for the German, Swiss and French banks. Martin Schulz claims that there are no majorities against austerity measures in Europe, and yet it was his party that won over the majority with its cutback policies which have plunged Europe even deeper into depression.

CB: A minimum wage of €8.50 has just been implemented in Germany. Your party's demanding an increase to €10. Why's that?

FdM: There's already a minimum wage of about €10 in France, where there's similar productivity.

CB: But there's also more unemployment in France. Will there not then be more jobs lost in Germany?

FdM: Companies need workers if they want to sell products. And people can't buy any products if they don't have any money in their pockets. There's a minimum wage in most European countries. Luxembourg has a minimum wage and relatively low unemployment. Almost all serious studies have found no connection between minimum wages and unemployment, or even positive effects on employment.

CB: As an economics expert yourself, can you reveal to us why Germany has done so well in the crisis?

FdM: I can only smile about it. Despite our high excess of exports over imports, we Germans had one of the lowest rates of economic growth in Europe before the Euro crisis. In 2013, we had a growth of 0.4%. A government would've been ashamed of that in the past; now we celebrate it as an economic miracle. But it's no wonder that we're in a better position than others; there haven't been such heavy cuts in Germany. 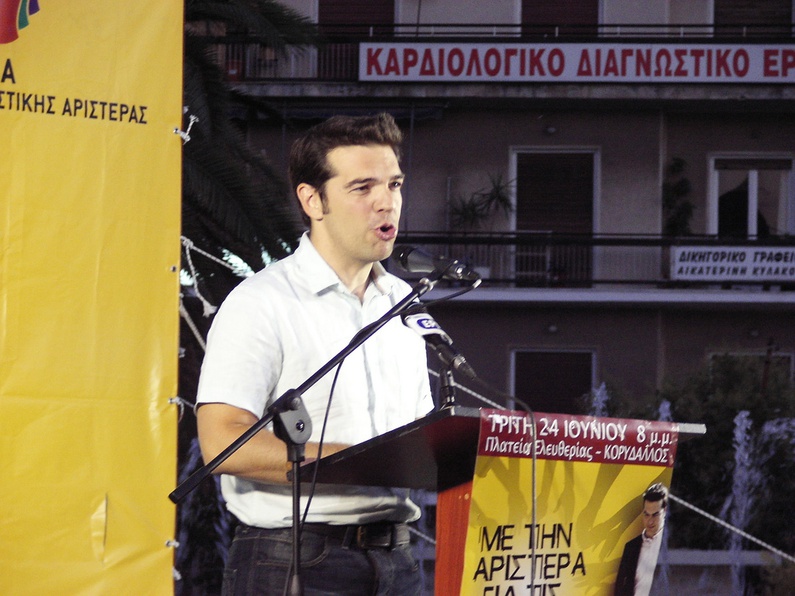 CB: So why has Jean-Claude Juncker ultimately been elected as President of the European Commission?

FdM: Angela Merkel and Sigmar Gabriel [Vice Chancellor of Germany and Chairman of the Social Democratic Party of Germany, SPD] decided that. Nothing in Europe is done against the German government's vote. In a true democracy, the European Left's candidate, Alexis Tsipras, would've been able to stand for election into Parliament.

CB: What are you going to do first when you go back to Brussels?

FdM: The first thing I'll do will be to move in to my temporary apartment and maybe do a bit of sport. The opportunity hasn't come along too often recently.