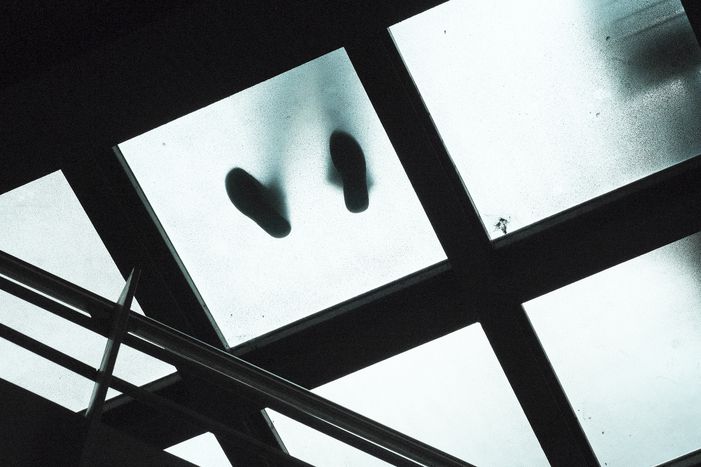 Eyewitness at the Stade de France: "I'm scared, but I don't want to be scared"

It was the worst moment to start a student job. For her first hospitality assignment 21-year-old student Oksana Aubrey was, this Friday the 13th of November, sent to work at Stade de France. The same evening as several suicide bombers attacked the city of Paris in simultaneous, co-ordinated strikes. The provisional numbers: 129 dead and around 350 wounded. This is her testimony.

cafébabel : Oksana, can you tell us why you were at the Stadium Friday evening?

Oksana : I work on assignments for a hospitality agency. I only just signed up to work for them, this was my first job. What's even worse is that I was supposed to leave the stadium at 9:30pm, but because I needed money I stayed, taking another girl's shift.

cafébabel : At what moment did you realise that you were in the process of experiencing an attack?

Oksana : I was outside when the explosions were heard in the first 30 minutes of the match. We heard them but we didn't think it was a terrorist attack. We thought it was firecrackers being set off because of the game. Anyway, it was a huge bang. At 9:30pm I went inside, it was still calm before half-time, the private room under the Presidential rostrum where I was supposed to be working was still empty. It was there that I heard the security guys saying someone had died. Soon, we heard them say that they were going to evacuate Hollande, who was seated just above us. Then I started to freak out a bit.

cafébabel : Did the public know what was going on?

Oksana : No, they didn't inform the spectators at all. At half time, no one worried about anything. It was calm. We had to keep smiling whilst people ate their petit fours and drank their champagne. At this point hostages were already being taken at Bataclan. During the second half, a helicopter hovered over the stadium. A colleague went to search for their car and saw "the remnants" of one of the bombers. At the Stade du France, there wasn't much signal. During our break, I checked my mobile and it was full of messages: everyone was talking about Bataclan and the hostages. We knew by this point that is was suicide bombers. The stadium was shut, we couldn't leave. They announced that at the end of the match, the usual interviews with the players and managers would be cancelled because of "serious incidents in Paris". By that point, people were already on the pitch.

cafébabel : What was going through you head at that moment?

Oksana : We were stuck inside a cloakroom. I was scared, but at the same time, I didn't want to leave. People started talking about these wild rumours. I returned to the main room and there, that was when I really freaked. When the match ended and the doors of the stadium opened, there was another detonation, and everyone rushed back into the grounds. There was this huge movement of people, a stampede in all senses of the word, people ran onto the pitch. The explosion had seemed to me to be really close, just outside the stadium. There were people crying and asking for phone chargers. By now I was really panicking. After, we heard talk of the attacks in the 10th and the 11th, and at Bataclan. We couldn't believe it.

cafébabel : The situation calmed down after that?

Oksana : I left at half past midnight, my father had come to look for me. Everything was barricaded by the police; fire engines, sirens everywhere, loads of road blocks. I didn't manage to find my dad, by that time my phone had run out of battery. It was only when I left the stadium that I realised the true extent of what had happened. Inside, it was a bit like we were stuck in a bubble, we heard things without really knowing if they were true. Looking for my dad, I heard a police officer say on the phone: "This has gone beyond anti-terror security measures, this is war..."

I found my dad at 1:15am. It was only when I was safely in the back of the car that I finally collapsed into tears.

cafébabel : After having lived through events like this, are you afraid to spend an evening out with your friends, on the terrace of a bar?

Oksana : I won't lie, it's scary. Because suddenly everything feels so near. I knew that there was the danger of an attack in France. That apparently several attacks had already been prevented. But it has never seemed so real. To see that it has come to those places that we all have in common, where we have all spent time in the past... I'm scared, but I don't want to be scared. I will continue to go out, but I feel less safe. The COP21 talks for example do not reassure me, all of these large-scale events...

cafébabel : How did you spend the day after the attacks?

Oksana : The day after the attacks I didn't leave my house. I didn't want to. I wanted to give blood but a friend said that the place was too packed. After, I watched the news. That just depressed me. I didn't want to hear anything about the attacks, the thought terrorised me. I checked the news at midday, saw the videos of Bataclan, people leaving, running, the shots. It became so real, the atrocity of the attack. Afterwards, I watched a film.