Extremism vs. the centre-right

Extreme right-wing parties have enjoyed political success in several countries of the European Union. But if we want to know what they’re really all about we should take a look at their party statutes 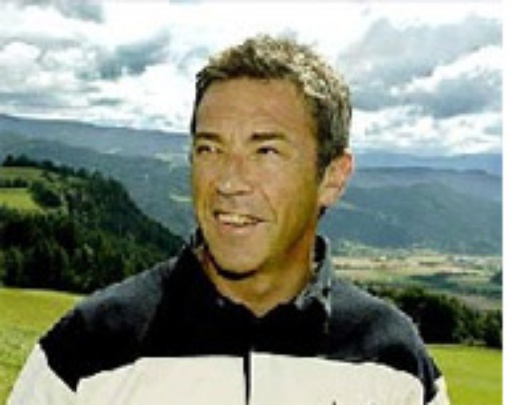 In December 2000, the Republic of Austria was bowled over by the European Union’s latest decision. Its fellow member states had responded to the election of the Austrian Freedom Party (FPÖ) to the Austrian government along with the Austrian People’s Party (ÖVP) by introducing sanctions against Austria. How could the land of Mozart, Lipizzaner horses and the Vienna boys’ choir have resorted to right-wing extremism? Had something changed? Not much, in the view of many Austrians, except that a swell of protest votes had knocked the Social Democrat Party, the SPÖ,(most recently in coalition with the ÖVP) from the top spot after 30 years in power. It was a new beginning with a conservative face.

Under the leadership of the controversial Jörg Haider, not celebrated for his tactful turn of phrase, an extreme party had taken the helm of a country normally seen as peaceable and conventional. The media in some member states, including the esteemed French newspaper Le Monde, were not shy about flooding their front pages with the old stereotypes of Austrians in national costume topped off with the gamsbart* and with one arm raised in a Nazi salute.

A society shaped by values or nationality?

If you compare the centre-right and extreme-right parties of Europe, you see that the former move within the bounds of the so-called “constitutional consensus” whereas the latter fall far wide of the mark. The yardstick for measuring this is the recognition of basic human rights and of the community of the European Union. Parties with unambiguous right-wing extremist characteristics bluntly demand the protection of “nation-based society” by disadvantaging or deporting foreigners.

But you won’t find any of that in the statutes of the FPÖ. The 1997 party statutes speak of maintaining the “multitude of regional identities” (Ch. III), of “the inviolable personal dignity of each individual” (Ch. II) and of a recognition of Europe as a “common destiny” (Ch. VI). In Chapter IV, entitled “The right to a cultural identity”, we find the following interesting passage:

“Our country [Heimat] is the democratic Republic of Austria and its federal states, including the historically indigenous groups (Germans, Croats, Roma, Slovaks, Slovenians, Czechs and Hungarians) and the culture molded by them. The legal system in Austria presupposes that the overwhelming majority of Austrians is of German origin.”

Child benefits for Germans only

It’s a different kettle of fish entirely if you look at the party statutes of the German National Democratic Party (NDP). There you’ll find “Germany is the state of the German people and the cultural homeland of our nation. The preservation of our nation and the protection of all of its elements are the highest goals of German policy”. Under the heading “Family” we learn that “in the interests of preserving our nation, only German families are eligible for child benefits”. This fits perfectly with the idea of the “spatially-bound national economy” whereby “all Germans have the right to work. Vacancies should be offered in the first place to Germans”. And with the concept of “social policies for national solidarity” which states that “Foreigners should be excluded from the German welfare system. Asylum seekers should not have the right to social benefits.” Neither do they fail to voice their demand, “Germany must become German again…Fundamental political change must secure the end of the despised policy of integration and retain the character of the German people.”

The NPD position on Europe is similarly unambiguous (Ch. IX). “This disastrous alliance of supranational technocrats and pen-pushers to achieve our voluntary surrender of our sovereignty, the renunciation of our currency and the introduction of the right to vote for foreigners, is equivalent to Germany’s total surrender of itself.”

How distant is this from Le Pen's National Front? In his party statement we read:

“We have just one vocation: to serve France in order to remain French.

We have just one policy: the greatness of our country.

We have just one ideal: the well-being of our fatherland.”

The difference between Europe’s extreme-right and the liberal conservative-right, as embodied by the FPÖ, FDP or the UMP, is that the latter subscribe to the values of Europe, respect its emphasis on human rights and fundamentally believe in the EU. Europeans can certainly differentiate between the truly radical and the not so. The NDP, Vlaams Blok and the National Front have had fluctuating political successes, but offer no comprehensive solutions besides their radical nationalist position. For this reason they are unlikely to ever have an enduring political breakthrough with Europe’s voters.

*Gamsbart is a tuft of chamois hair adorning traditional hunting hats, as in this picture.

Translated from Untersuchung am rechten Rand