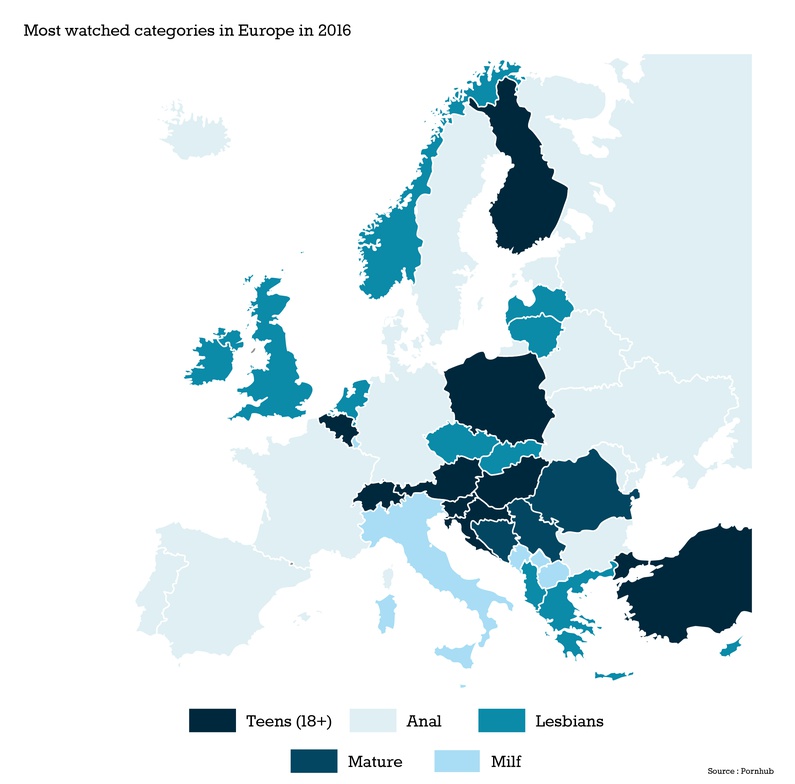 As for Malta, size is important - 'giantesses' proving one of the more popular searches. 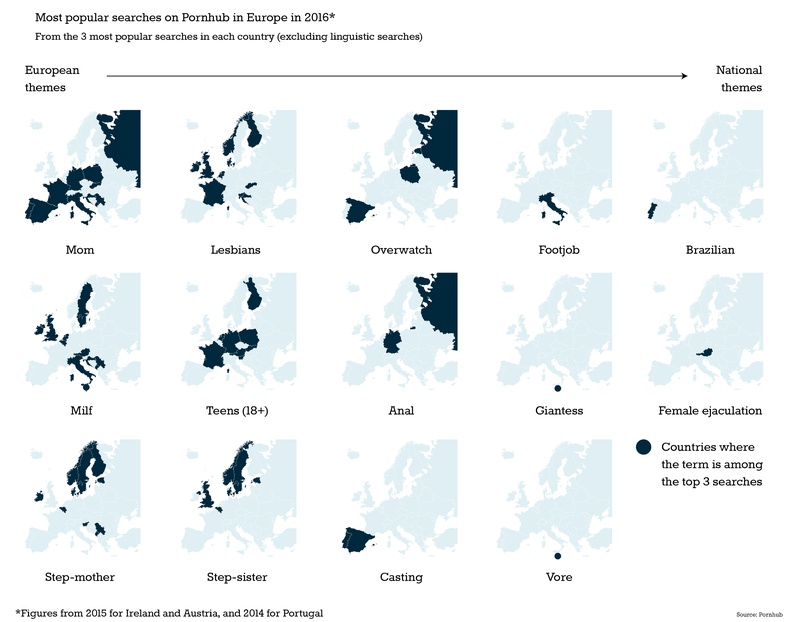 What do women want?

Worldwide, women represent 26% of the platform's visitors; a 2% increase from 2015. In Europe, they range from 20% of users in Germany to 35% of in Serbia. Their areas of interest focus above all on the relationships between women. Key words "lesbians", "lesbian scissoring" or "threesomes" are the most common search terms. 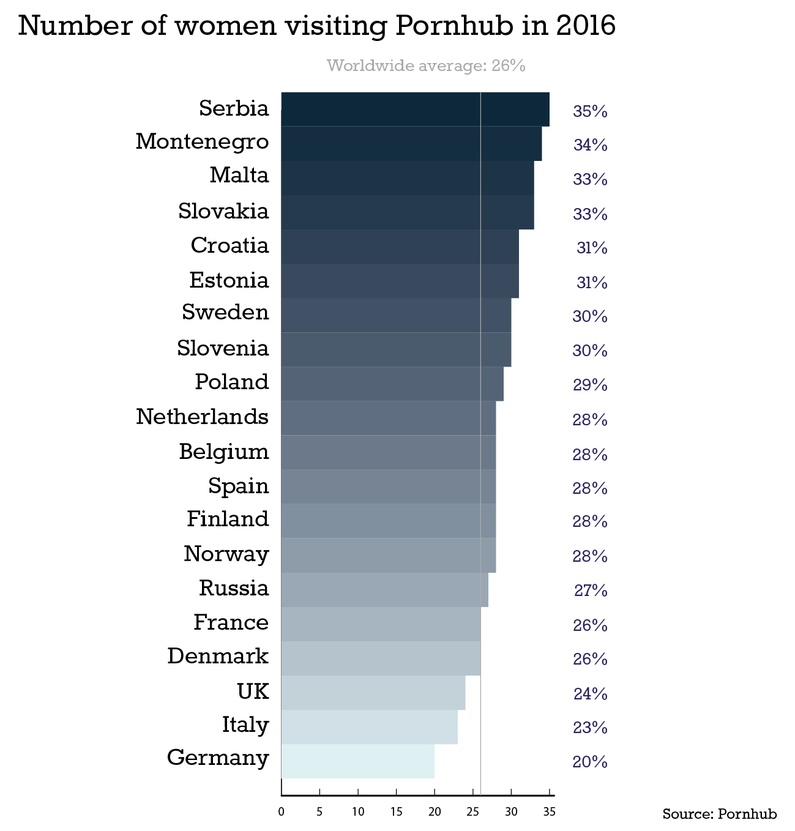