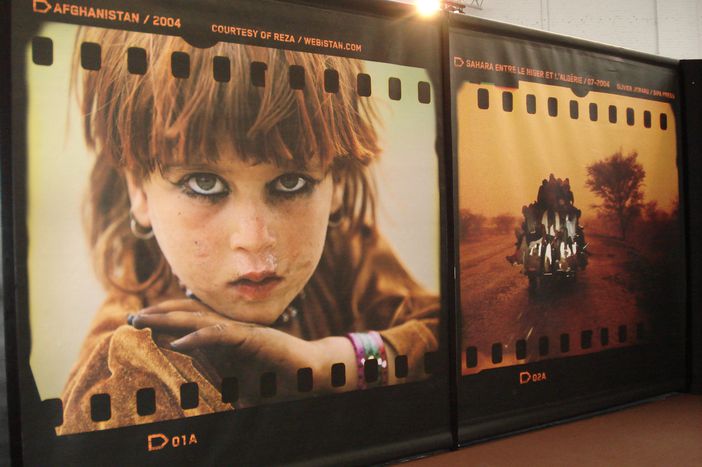 The ‘Lest we forget: 34 images’ exhibition, organised by Médecins du Monde, has been in the Spanish capital since 12 May. Both enlightening and necessary, it relaunches the debate on humanitarian crises which fade into the background in the modern world

‘This exhibition shows Médecins du Monde (‘Doctors of the World’, MdM) returning to its original purpose. Forgotten humanitarian crises are laid bare using photographs which were not deemed to be topical enough for press use,’ explains Noëlle Rodembourg, communication officer for the French NGO in Belgium. Lasting crises which remain ignored by the majority of the public continue in Mongolia, Liberia, the Niger, Uganda and even in France, where the housing situation for the gypsy population requires urgent attention. Yes, slums exist even in France.

The ‘Lest we forget: 34 images’ exhibition started its 2008 European tour in Belgium in March 2008. It had 3, 500 visitors before moving to Spain for the second leg. ‘The photo-journalists had an active role to play in this exhibition because they shared their experiences,’ adds Noëlle Rodembourg.

Me behind the lens 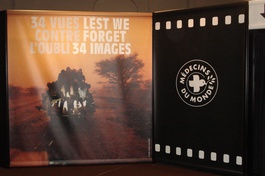 Giving the audience time to soak up the emotions. Bringing the general public closer to the victims. In this digital age, the visitor is invited to enter a large darkroom.  Here, the photographers take their time to develop their photographs, allowing the visitors to take in the image. Each negative is accompanied by a comment from the photographer who explains their personal experience; torn between their instincts as a professional and as a human being.

These comments help the visitors understand a negative which could otherwise initially seem impersonal. That is what Norbert Musset highlights upon leaving the darkroom. ‘We are constantly confronted with images. Because of this they can end up losing their meaning. However, the comments accompanying the photographs are vital as they allow the visitor to really consider the situation and to better understand it.’

Images, emotions: the contrast between the desire to react when faced with human suffering and the feeling of powerlessness unsettles the visitor. They are touched by their experience and filled with a desire to revolt against a lack of political action and against the incomplete information coming from the media. Raising awareness among the general public is the key element for a successful humanitarian operation. French aid for the victims of the tsunami which ravaged Indonesia in December 2004 reached a total of 60 million euros (£48 million). Whereas the total amount raised internationally reached a mere 50 million euros (£40 million) for the earthquake which took place in Pakistan only ten months later, and which was equally as disastrous. That is ten million euros less than the amount France alone sent as aid after the tsunami; there were no tourists and no photographs in Pakistan.

The relationship between the general public and the media is a game: newspapers rely on their readers and therefore events that sell newspapers are treated as a priority. Paradoxically, the bigger the profits from increased sales, the more the newspaper is able to provide its readers with better coverage of all aspects of current affairs, including humanitarian crises.

Famine, distress, fear, powerlessness... these are things which are easy to come across in any humanitarian crisis. It’s up to the journalist to find a different angle. Pierre Laurent, editor-in-chief of French daily l’ Humanité says that: ‘The press is trapped in this contradiction: we are aware of what is going on before we reach the location, therefore we are constantly struggling with this prior knowledge. At the same time we try to decipher the events that our readers want featured in our newspaper, but which they too are already aware of. We also have to resist the flow of information which comes our way. We lack the correct tools for the job and therefore we struggle.’