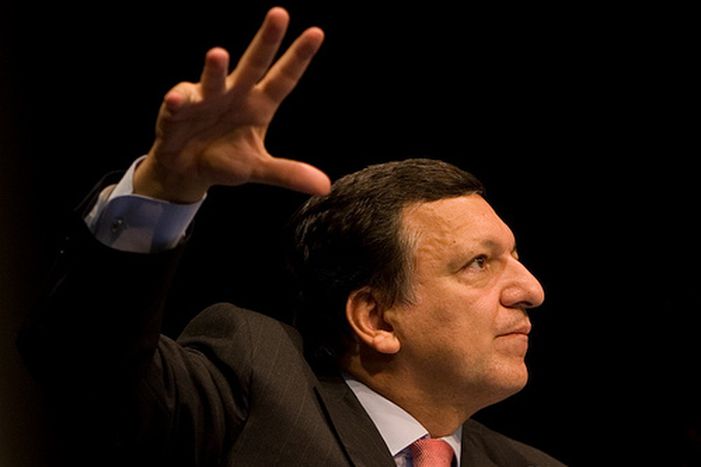 Exclusive: Barroso on the Lisbon treaty, Croatia and Brussels

In response to questions from the cafebabel.com network from Berlin to Istanbul, the president of the European commission on the Irish ‘no’ vote, future EU candidates and why ‘Europe is not Brussels’

What can you do in order to create a ‘European public opinion’?

In a sense, a European public opinion already exists - otherwise how could cafebabel.com be a reality? Our last Eurobarometer survey shows quite clearly that European citizens feel European and not only national. Even if some people find it difficult to consider themselves at the same time being from Munich-Bayern-Germany-and-Europe or from Toulouse-Midi-Pyrenees-France-and-Europe, it is a reality. Nobody asks you to choose between different identities! They complement each other. 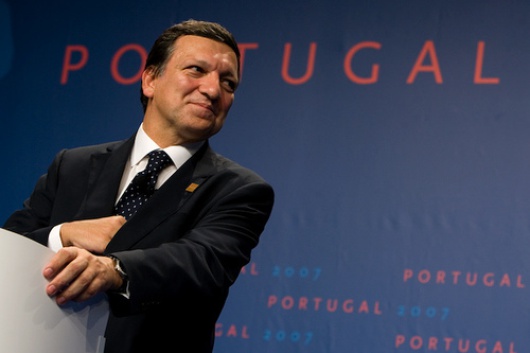 This being said, neither public institutions nor the commission can ‘create’ a European public opinion. In democratic, pluralistic societies, this goes bottom up, not top down. We do two things: first, we remove the regulatory and other obstacles for a European public opinion to emerge through the single market, which I today would rather call the citizens' space, because it goes beyond business and economics. Secondly, we respond to the public all over Europe in all their different languages.

What does the commission plan to do to bring Europe closer to the average citizen, to bridge the gap between the political elite?

People need to feel Europe in their daily life. see a Europe of results. Europeans respond positively when they see the commission tackling climate change, reducing roaming charges, travelling easily and studying everywhere in Europe - as you well know. At the same time, my colleagues and I continue to visit members states to understand the citizens' concerns and to debate with them. But this needs to be taken up also by the national level; Europe will not be understood if it is seen as a ‘Brussels’ thing.

Don't you feel too neutral regarding the crisis of the Irish ‘no’ to then Lisbon treaty? 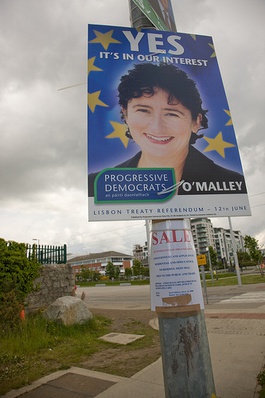 I do not agree. I was invited by the Irish government and visited Ireland about two months before the referendum in June. I met with different representatives from political parties and the civil society, and ‘yes’ as well as ‘no’ campaigners. I also met students from Cork College University. Some were in favour of the treaty, some weren’t. I went there to explain both my personal and professional reasons to believe that Europe needs this treaty. You can read my speech; I did not escape the hot issues such as taxation and the common agriculture policy. But ratification is decided by the member states. The European commission cannot lead an electoral campaign in Ireland – there are even legal obstacles to that.

Will you present yourself as a consensus candidate for a second term as European commission president, or as the candidate of one of the political groups of the European parliament?

It is too early to speak about the next mandate. For now, I concentrate on delivering on this mandate! I very much enjoy my job. If I had to decide today, I would stand again. But the decision is for next year, not today. I have a political family where I come from. I like creating a workable consensus with the other political families that are needed to move Europe forward. So I am grateful that I have received recognition both from my own and other political families.

The European council has decided that in order to find a solution, it is necessary for all the member states to be heard. This is why the ratification process continues whilst Ireland is given the time it needs to discuss and propose the best way to go ahead. Let’s see what Ireland will put forward.

Will the Irish referendum result affect Turkey and Croatia's EU membership negotiations, which began in 2005?

It is clear that the Lisbon treaty will improve the conditions for future enlargements. But for the time being nobody is affected: the enlargement process consists of ongoing negotiations. I hope that the treaty question will be solved by the time the enlargement negotiations come to a result. This will clearly be sooner for Croatia than for Turkey.

The president did not reply to the following questions:

Do you think that the transatlantic economic council (TEC) has a future? If so, what kinds of concrete achievements would you expect to be seen by next year that would allow it to be considered a success?

Why didn’t you resign after the Irish referendum? It would have been a strong political message to the citizens.