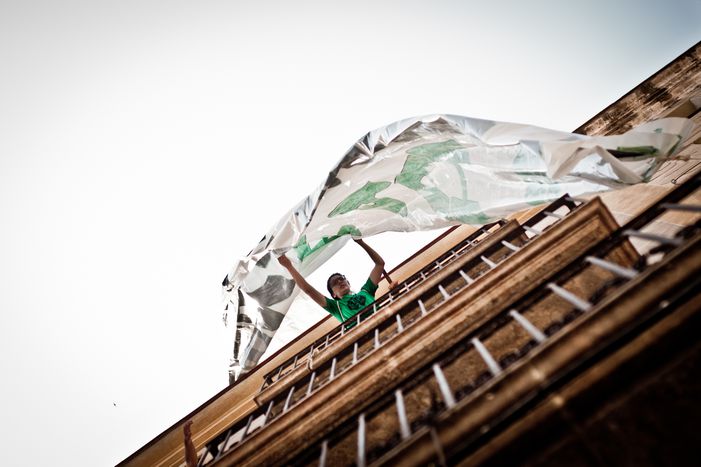 Evictions in Madrid: Fighting for a roof over your head

More and more people in Madrid are being forced to abandon their homes for financial reasons. Thanks to ruthless banks and forced evictions, people are looking for solutions to the housing problem – and not all of these are legal.

"I wake up in the middle of the night and think to myself: this isn’t my house" says Pilar Molina. Pilar – in her 50s and wearing threadbare dungarees – is an okupa. According to Spanish law she’s a criminal, but to her friends she’s a brave example.

Last February she forced open the door of an abandoned apartment in Vallecas, Madrid, and made it her home. She now lives there with her 14-year-old son. She doesn’t pay rent but has both gas and electricity. She often takes part in what’s known as recuperaciones – illegally occupying (or squatting in) empty homes.

"Living outside the law doesn’t bother me," she explains, "I don’t feel like a criminal." Pilar decided to occupy the house when she lost her own home – after not having paid the rent for 14 months.

"I was 2,000 euros in debt with an estate agent who owned the apartment. I’ve not worked for several years due to health problems... I managed to get by with savings for a while but I couldn’t do it any longer." She left the key with a member of staff at the agency and left before they could catch her.

"People do this because they have to," she continues, "It’s either that or sleep on the streets. People insult me because of what I’m doing. There’s a neighbour who yells at me when she sees me, saying that I should be ashamed of living off her back."

What’s worse is the uncertainty that comes from living in an unstable place: "I know that at any moment they can kick me out, but I’ve got no other option."

Pilar isn’t the only squatter in the Vallecas district – a vast working-class suburb in the southeast of Madrid. People are frequently evicted here just as they are in the other southern barrios. In Vallecas however, more people are "fighting back".

In Calle del Monte Perdido, a block of nine apartments was taken over by squatters in mid-October. Fernando – known as Nene – tells us what happened: "We met up at 6pm – there were more than 100 of us. We removed the doors with chainsaws and lock picks and went inside. The police arrived but this time there were too many of us. Normally, if you're outnumbered, they beat you with batons and drag you outside. Obviously they could still clear us all out at any moment... We’ve got a WhatsApp group as protection, which helps us gather as much help as we can."

These operations are coordinated by the Vallecas branch of PAH (Plataforma de afectatdos por la hipoteca) – a platform created to help people who have lost their mortgaged homes. PAH now focuses on all housing related problems.

"More and more families are ending up on the streets," explains Jacinto Uranga from PAH's central branch, "We do everything possible to stop this: from providing legal aid and stopgaps to hold off an eviction to physically protecting houses from being evacuated."

PAH also organises protests at banks. It’s the banks that take over ownership of properties from people who’ve fallen behind on payments. "In the last few decades, many people in Spain took out a loan or a mortgage," Jacinto continues, "Due to the financial crisis and unemployment, they stopped paying their instalments and the banks took their homes."

"The tragedy is that, due to the housing bubble, the apartments cost a lot more back then than what they’re valued at now.” Losing your house doesn’t write off such debt therefore meaning those who find themselves in debt can’t get a new loan. 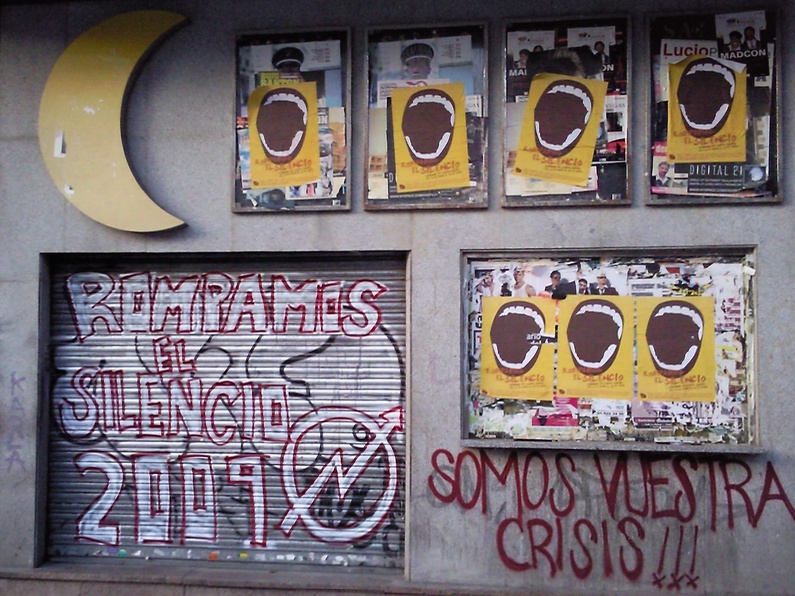 As a result, families either have to stay with relatives or become squatters. There are no exact figures for Madrid but according to an Amnesty International report, almost 100,000 mortgage injunctions have been registered across Spain since the start of the financial crisis. The other side of the problem consists of empty apartments, because banks are struggling to find buyers. There are 3.44 million empty homes across Spain (30% of the European total) according to the Italian National Institute of Statistics (ISTAT).

At crowded PAH gatherings, things soon become heated. The most urgent cases are discussed first – those that have time restrictions. "Hoy por ti, mañana por mí" (You today, me tomorrow) is the groups motto, and solidarity the rule of law.

Amongst them is Asunción, who for 4 years has refused to leave her home due to health reasons. Miguel suggests that squatters show the authorities a false rental contract: a little scam which would give them a few extra weeks. There’s also Carmen, holding her 2-year-old daughter in her arms and a forced eviction notice in one hand. Antonio didn’t want to leave the house he'd lived in for 30 years, but when he saw his wife in tears outside the front door, he gave in.

Not even renters are safe. 60% of evictions involve houses that are sold by public bodies to so-called "debt funds". IVIMA (which is dependent on the regional government) and EMVS (which belongs to the district of Madrid) sold 2,935 and 1,860 apartments in 2013 respectively, in order to increase their budgets.

As Enrique Villalobos, President of FRAVM (The Federation of Neighbourhood Associations) explains, these funds either directly or indirectly increase rental prices, and tenants end up unable to afford the rent: "Public bodies have relinquished the social objectives they once had. When the system incites injustice, you need to change it. We’re asking 'social housing' organisations that rental prices not exceed more than 30% of a family’s income. We’re also asking them to change the laws surrounding mortgages and to re-allocate unused property." 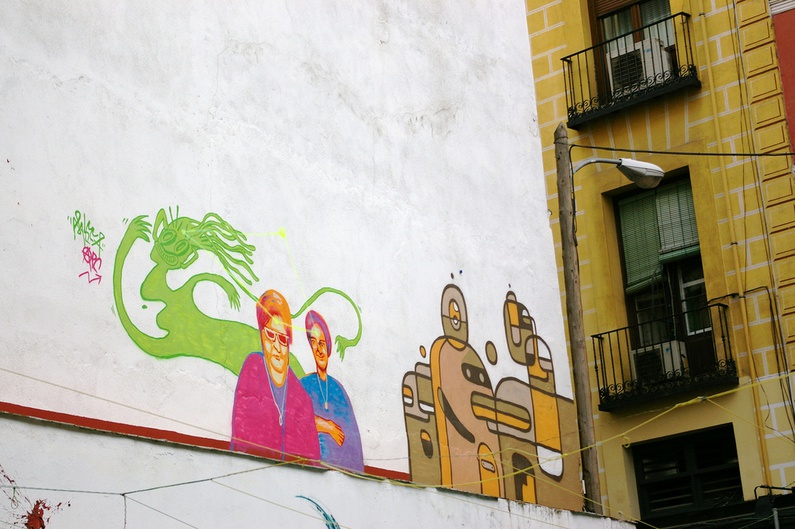 There’s scepticism surrounding the new mayor Manuela Carmena and her moves to combat the issue. Enrique explains: "She’s working hard on negotiating with the banks and finding an alternative solution, but she can’t do much [...] She made a mistake promising to stop evictions in her election campaign."

People aren’t giving up hope. "We’re dealing with a social tragedy," the FRAVM President continues, "Of course there are still cases of mafia-style takeovers by criminal organisations that make people pay in order to break down doors, but most of the people squatting are there because they’re desperate."

If, as Enrique claims, every home is "an asset which should be used and not exchanged", then such expropriation sounds less criminal – as do the okupas. They’re the unfortunate victims of the fight against a city of people without homes, and homes without people.