The district is famed for its media coverage of violence and failed integration. Yet it is also a recent example of Berlin’s gentrification. Of its 315, 000 residents, 41% are migrants; more than one in five are unemployed. A city magazine recently declared my street to be one of the trendiest places in Berlin.

But what do the inhabitants see in this place, asks German journalist Franziska Hessberger (Translation by Hannah Keet) 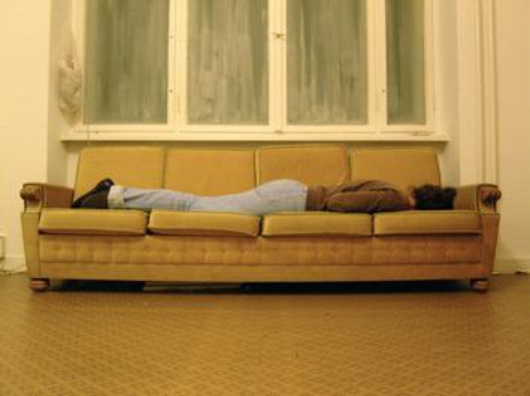 is surprised when I try to talk to him outside on (‘Weichsel street’). It’s . The white-haired man, who has a weather-beaten face and lank hair, is sitting in front of his ‘filling station’ – what he calls the kiosk at . A can of beer costs just here. Eugen explains that the kiosk is a good fall-back option since the typical corner pubs are being replaced by gambling halls and chic cafés.

I live here, too

Eugen is Austrian and has been living in Neukölln for thirty years. He sneers when I tell him I live here, too. Yet after ten minutes he offers me a seat next to him on the wooden bench and a swig of his bottle of booze, since I’m now a Berliner as well. He did all sorts after studying art; he still draws. If material is in short supply, he also uses cigarette ash and spit. Eugen spent some time in a monastery in Kathmandu and in a cave in northern Spain, but he comes back to Neukölln time after time. People leave him alone here. ‘The most important thing in life is freedom. I have that here,’ he philosophises. 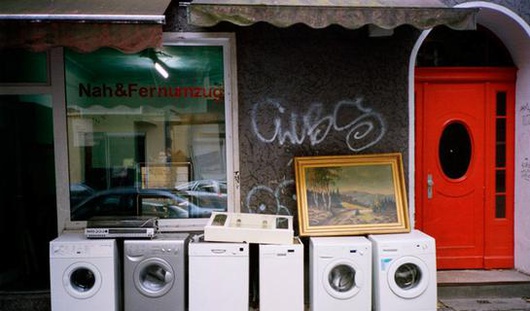 Helge‘s kitchen is exactly above mine. He moved into the apartment 26 years ago on a Sunday morning; the architect has been living at no. 66 Weichselstraße ever since. The 70-year-old seems amazingly youthful, as does his apartment. In 1986, when he moved in, the Berlin wall stood at the end of Weichselstraße. The control area began at the upper end. The street was avoided a lot of the time. It was quiet. But the unusual atmosphere has not changed since then: ‘Being able to make something from nothing was and is appealing,’ he says. ‘Everything was simple and stayed simple, too.’ There are still many small studios and galleries, but they don’t stay open for long. 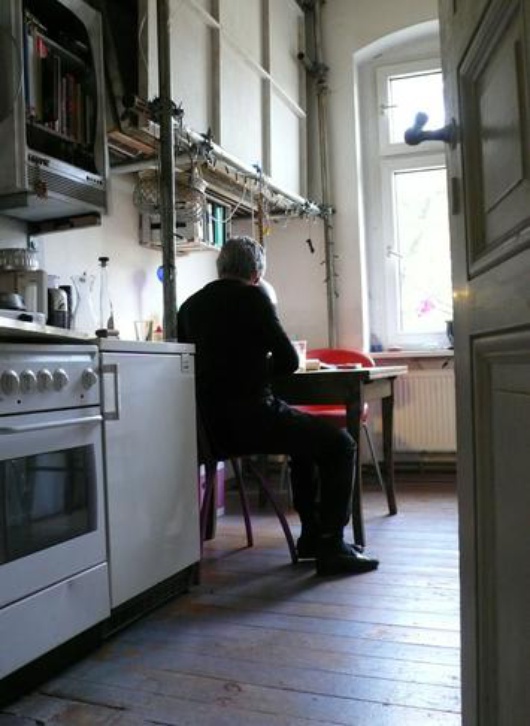 Helge in his kitchen | © Franziska Hessberger

It takes me ten minutes to walk along the 850-metre Weichselstraße. Decorated pre-war buildings are scattered among buildings constructed in the 1950s. Graffiti sprayers dabble on the building walls. I count no more than twenty bars, cafés and restaurants. There’s an organic supermarket opposite the discount store. The organic ice cream parlour and the kiosk are just one hundred metres apart. The last building at the upper end of the street is number 34. Annette, a journalist, lived there until 2005. ‘Seven years ago there wasn’t even one bar, just Turkish bakeries and electrical goods shops. There were syringes lying around in the playground over there,’ she says. The ground floor of her building, like so many others, was boarded up until 2006 when Cafe Rudimarie opened. Nowadays, stylish parents get themselves a coffee to go before they head to the playground next door. 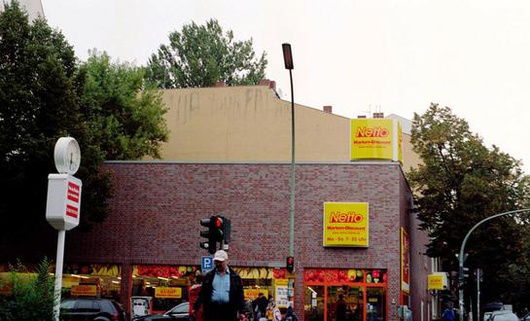 The prices at Cafe Rudimarie remind Thomas of the lifestyle in Friedrichshain, another district of Berlin - so do the expensive rent prices and the hipsters who he came to Neukölln to escape. ‘It used to be more mixed here,’ he explains. ‘Now only a certain few can afford an apartment here.’ There are forty tenants in nos. 37 and 38. Over the past two years, the tenants have changed in thirty of these apartments due to the increasing rents after refurbishment. Hardly anyone moved out voluntarily. Thomas’ 80 metres squared apartment with stove heating costs 380 euros per month. After redevelopment, the rent will rise to 750 euros. ‘Property managers are transferring the costs to the residents and rent prices are increasing,’ says Thomas. ‘When everything is paid off in ten years’ time, the rent prices will stay high. Nobody acts in a socially responsible manner around here!’ He was one of the only people in the building to take legal action against the increase in rent. He lost the first lawsuit, but he is still suing. If nothing changes, he’ll move away.

There is a café nearby that Thomas has never been to which opened two and a half years ago. It has large windows and old furniture inside. During its renovation, curious residents would often take a peek inside. The coffee shop owner, who wants to stay anonymous, tells me about the sceptical faces in the kiosk next door when he popped his head in and told them that they should come by. The prices and the young, fashion-conscious clientele aren’t exactly appealing to the core residents of Neukölln. ‘We want to create an environment where people can really talk,’ says the owner. ‘This isn’t possible if twenty people want to dance here.’ They are doing without tourists, and are relying on a quiet atmosphere and space instead.

The future is bright 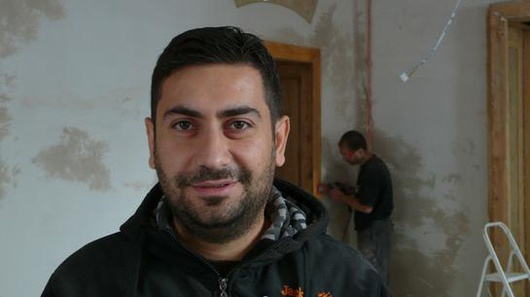 Ferhat is carry out building works another street corner over. ‘This neighbourhood will be the most popular in all of Berlin within the next three years,’ he says, explaining his vision. The 32-year-old wants to open a kiosk with a deli department at no. 54 Weichselstraße. He is paying 3, 000 euros for almost 300 squared metres. He proudly shows me every room of the contorted shell construction. He has torn out old carpets, exposed bricks, polished floorboards, and invested around 70, 000 euros. He has high hopes. A neighbour once told him that Weichselstraße was once as famous and popular as Kurfürstendamm – Berlin’s answer to Paris‘ Champs-Élysées – is today, with many shops and pubs. He is now renovating one of these pubs.

Ferhat: his kiosk is being renovated | © Franziska Hessberger 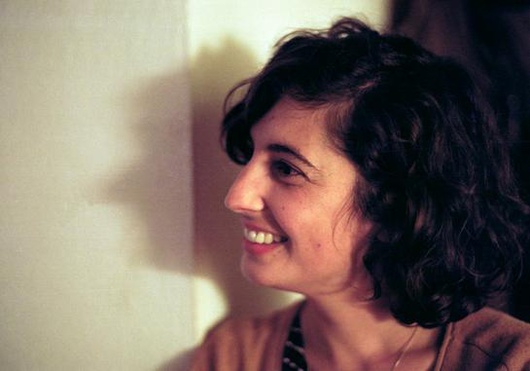 A group of young graphic designers and illustrators are also relying on the future of Weichselstraße. They have just set up Salon Renate in building no. 65. Eva, a graphic designer from Portugal, did one work placement after the other in Berlin until she decided to become self-employed; flyers for the next bar or tenant protest campaign could be designed in her office. She feels inspired by Neukölln’s day-by-day transformation.

Eva at her office | © Luka Knezevic-Strika

In spite of all of the problems, these are some of the people in Weichselstraße who value the mixture of highly diverse life concepts. But how much change can one place take until it loses what makes it unique?