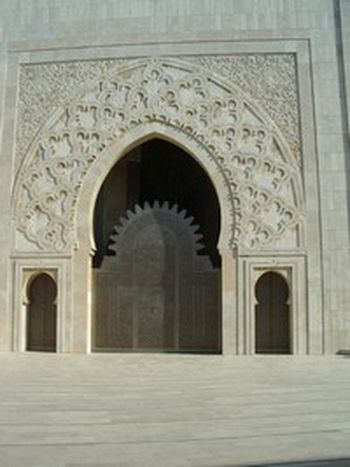 For years, terrorism and regional tensions have made the Middle East and North Africa a ‘high security zone’. Will the new European Neighbourhood Policy (ENP) be enough to tame the region?

On the eve of the tenth anniversary of the Barcelona Process, Euromed is being held back by the ambivalence of the EU faced with the human rights situation in its partner countries. And yet in 1995, following the end of the Cold War, the Euro-Mediterranean Partnership fully intended to meet the challenges of the Southern Mediterranean countries with new and innovative strategies. Immigration, water, the rise of Islamic fundamentalism, regional conflicts – all these issues were to be dealt with in a supportive and multilateral context. The objective was clear: to create a “zone characterised by peace, prosperity, and mutual understanding between peoples.”

From conflicts to concessions

This objective remains highly relevant, given the number of persistent conflicts in the region. The Israeli-Palestinian conflict has not ceased to poison relations between the Euromed partners; when the Second Intifada broke out in September 2000, the limits of the Euromed dialogue became abundantly clear. The Syrian and Lebanese delegations simply boycotted the Ministerial Conferences in Marseille (2000) and in Valencia (2002), in protest of the Israeli occupation of Palestinian territories. Professor Manuela Moschella, from the University of Catania in Italy, points out that the only accords agreed on recently have relied on American leadership: the Sharm el-Sheikh summit (1999), the Taba agreeement (1995), the Mitchell Plan (2002) etc. Moreover, the thorny conflict over Western Sahara continues to be a major obstacle to good relations between countries of North Africa, given that tensions between Morocco and Algeria are still running high on that issue.

Terrorism is another difficult problem. The EU has adopted a Code of Good Conduct in the fight against terrorism, which it will present to its Southern Mediterranean partners at the anniversary summit of the Barcelona Process. It hopes that this code will help these countries to become more responsible about managing terrorism. The EU’s Euromed policy is often discredited by various diplomatic trade-offs, where a blind eye is turned to human rights standards in exchange for concessions on security objectives. The question for countries like France and Spain is, do they really want to push their neighbours towards democracy when such steps would undoubtedly bring instability in terms of security and immigration flows?

Faced with the failures of Euromed, the EU hopes to reform its strategy. Launched in 2003, the new European Neighbourhood Policy (ENP) attempts to manage the EU’s extended borders and be complementary to the Barcelona Process. The key concept is a return to bilateral agreements with its near neighbours. The Middle East is situated next to the countries of the Southern Caucasus as well as Belarus, including countries from Moldova to the Ukraine. It is a more or less heterogeneous collection of countries, towards which the EU tries to balance the desire to ensure a ‘circle of friends’ with the desire to avoid any promises of accession to the EU. Securing relations with the Mediterranean also includes benchmarking, in other words, action plans negotiated with each country, establishing a clear list of responsibilities.

As for the neighbourhood programme, it involves reciprocal obligations to support common values, such as the rule of law, good governance and respect for human rights. The fight against terrorism and the proliferation of weapons of mass destruction also feature on the agenda of the European Neighbourhood Policy, which is founded on the principles of market economy and sustainable development. All that sounds great, as long as the ENP does not become a mere placebo, diffusing the mistrust of its partners to the South, whose products and citizens do not always have the right to freely circulate in the Euro-Mediterranean space.

The Commission has also released new objectives for Euromed, such as education. It plans to increase its budget for education in the region by 50%, calling it a “human security” approach, given that more than a third of the population of its Southern Mediterranean partners is under the age of 15. Another change is the advent of dialogue with Islamic religious groups. In the past, the Barcelona Process has favoured dialogue with the autocratic elites and secular civil society. Nevertheless, at the Luxemburg summit in May 2005, the member states acknowledged that the diffusion of democratic values would not be effective without the inclusion of moderate Islamist groups.

But the pious political declarations must be accompanied by the financial means to accomplish them. For the moment, the ENP has a budget of only 15 million euros for the period 2007-2013, i.e. 10% of the EU’s budget for external activities. Moreover, the EU must learn to allow Mediterranean countries to contribute more to the definition of the reform agenda, which is currently determined in Brussels more than in Cairo, Damascus, or Rabat.