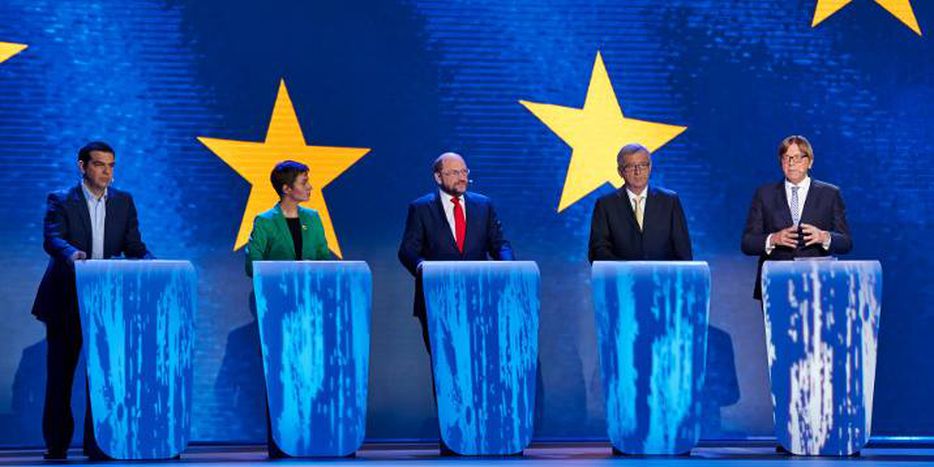 For centuries the left-right political spectrum has served us well in political analysis. The terms originate from the seating arrangement in the first French National Assembly of 1789. Supporters of the King sat to the President’s right and supporters of the Revolution to the left. This binary opposition is conducive to the kind of confrontational tension that politicians thrive on. But what happens when opposition is not binary? What happens when there are five factions, as in last night’s second European Commission Presidential debate? Does some kind of five-winged monstrosity emerge? Or is the traditional left wing/ right-wing spectrum still helpful? 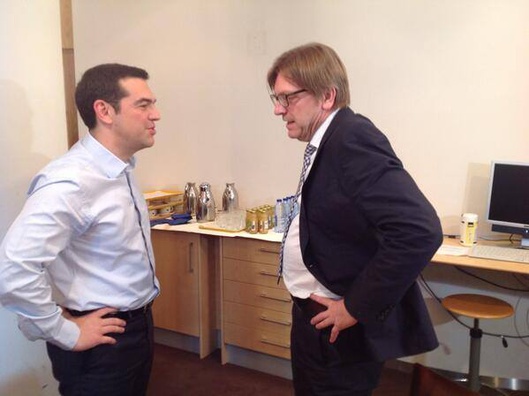 Economic issues have repeatedly threatened to tear the eurozone apart since the crisis struck in 2007. As such it’s no surprise the economy dominated the debate. A very traditional left/right divide opened, with clear blue water between Alexis Tsipras (European Left), Ska Keller (European Greens) and Martin Schulz (Socialists and Democrats) on the left and Guy Verhofstadt (Liberals and Democrats) and Jean-Claude Juncker (European People's Party) on the right.

The Left Lashes Out

The three lefties slammed austerity. “What happened in Greece is not a success story but a social tragedy that shouldn’t be repeated anywhere in Europe,” thundered Tsipras. They all blamed austerity for youth unemployment. Martin Schulz, the outgoing socialist President of the European Parliament, chimed with empathy for Europe’s six million unemployed young people; “They are paying with their life chances and their futures for crises other people have caused,” he roared through his charming mini-Marx beard. Tsipras complained the EU puts banks before young people, “The EU has found liquidity to recapitalise banks, but we've not been able to find the money to provide young people with jobs." The left’s solutions? Tsipras demanded debt write-downs. Ska Keller the Green proposed green jobs. Schulz’ panacea is to tackle tax evasion. 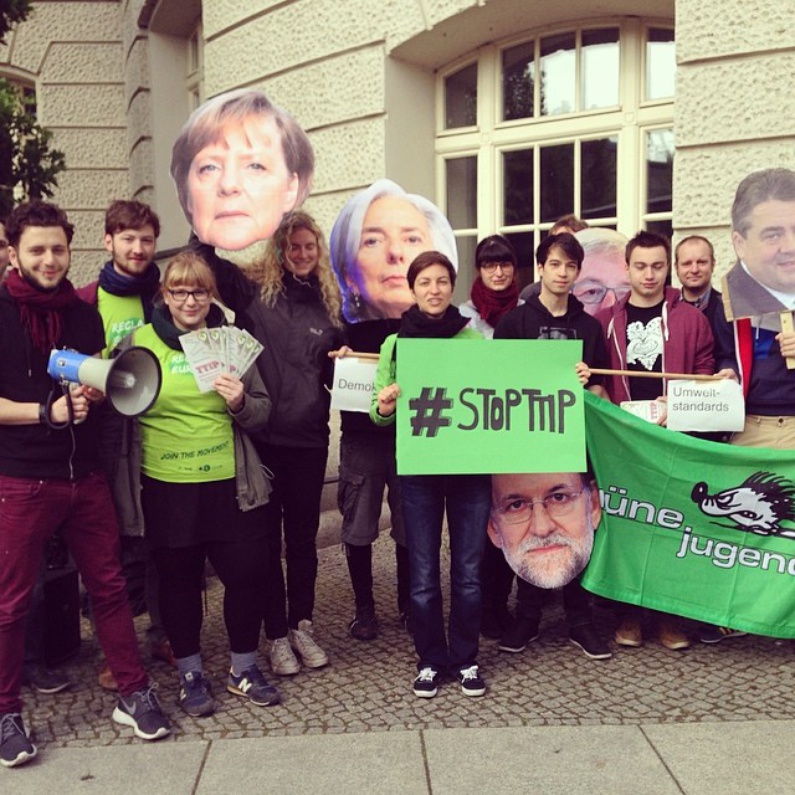 Right Back At You

And what about the right? Breaking out into a clammy, raging sweat, a rare but welcome sign of animation and vitality in an otherwise limp performance from a moribund mannequin, Juncker growled, “Over years I worked day and night, more nights than days, to keep Greece in the euro.” Verhofstadt also went on a hand-flailing, hair-waving Tsipras hunt; "In Greece, in Italy, it wasn't a matter of banking, but bad policies on the part of your political parties." Verhofstadt wouldn’t use the dirty –a- word, but he stuck up for austerity strongly, "You need fiscal discipline, otherwise you cannot have growth... and that means making no new debt." 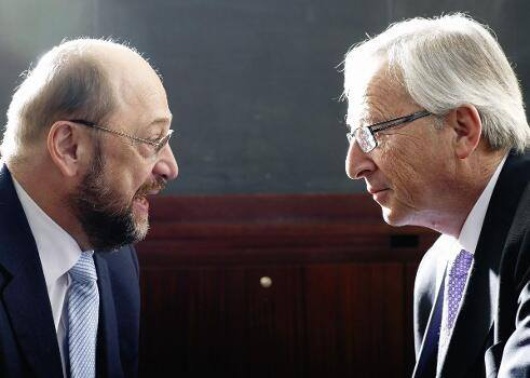 Their solutions? Verhofstadt the liberal unsurprisingly called for liberalisation of the single market. Juncker placed his hopes on the Transatlantic Trade and Investment Partnership (TTIP), which he mistakenly said would put 545 euros in the pocket of every European. Keller and Tsipras are vehmently opposed to it because it has been hammered out behind closed doors and enforces the rights of corporations over nation states. For example, US corporations could sue EU governments if they think competition is unfair and US firms don't have equal market access.

So, in terms of the economy, a reassuringly traditional left-right stratification.

This question divided the left candidates. Alexis Tsipras said that sanctions would lead Europe and Russia into a new cold war. Ska Keller sided with Juncker and Verhofstadt who called for tough economic sanctions on Russia to tackle the ongoing crisis in Crimea. 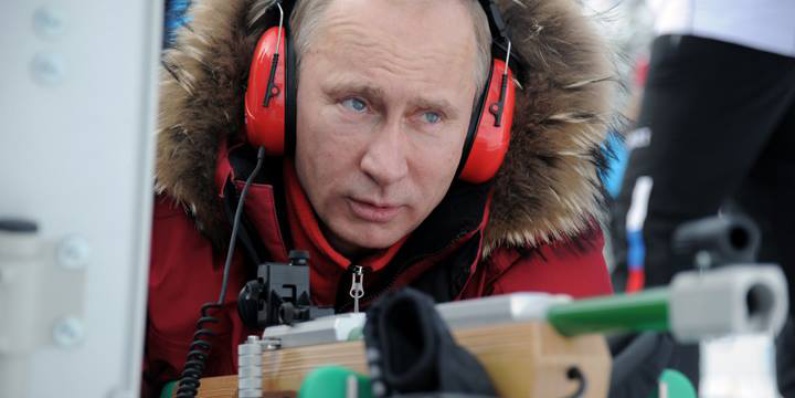 Verhofstadt read a letter from chess genius and political activist Gary Kasparov, calling for Europe to stand up against Putin’s actions in his neighbouring country. But Juncker wants Europe to remain a “soft power”, a peaceful union full of diplomats: flower power from the right.  Although the candidates were united in their condemnation of Putin’s actions, the candidates were not very pronounced concerning concrete answers. But nobody expects them to be miracle masterminds just because they want to be President of the European Commission…