Every year, Eurovision imports its share of colourful clothes and kitschy pop songs to each country in the Old Continent. This year, it's Ukraine’s turn to welcome the parade of flags and good feelings despite a complex political context. Welcome to Europe's fanzone!

"Above all, Eurovision is all about the atmosphere!" Whether they are wearing make up and the colours of their countries or just everyday clothes, whether they have travelled kilometres or just a few blocks, whether they attend the final live from the International Exhibition Centre in Kiev or watch it on one of the giant screens installed in the city, all spectators are the same. Nadia, with a heart-shaped flag of Belarus painted on her cheek, explains: "What I like is to see all these different people who come together and support their country, who shout its name proudly, and all that in good spirits." In the eyes of a teenager, the friendly festivities of Eurovision are more important than the quality of the music.

"A little dangerous to go"

But this year, politics has made its way into the festivities. The conflict between Ukraine, the organising country, and Russia has dominated the area for the past three years. And despite their groupie appearances, Nadia and her two friends are not fooled. "Of course it's political, it's a nice symbol that this European event takes place here", says Tatiana (whose father is Ukrainian) before returning to a more serious subject: "Anyway, which is your favourite?” 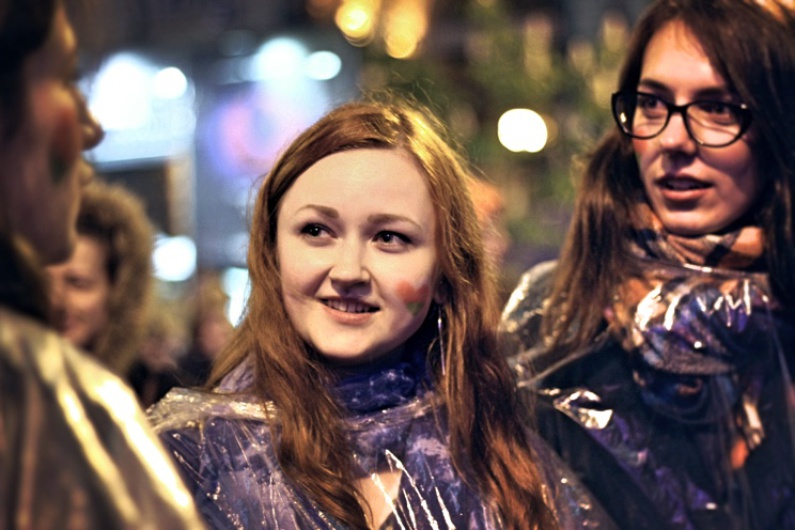 The symbol, more than the competition, is what seems to have seduced Sergei and his wife Olga. The young man, who prefers to be spoken to in English rather than in Russian, confesses: "I'm not really a fan of Eurovision music." The desire to feel the atmosphere that reigned in the capital that night led them to the fan zone, located on Khreschatyk Street, just a stone's throw away from Maidan square. "We're here for all that," he says as he points at the party behind the security gates. "Just being here talking to you is great", he continues, while a northern Irish, a southern Irish and a Finnish start a discussion in the queue.

Wearing false eyelashes and gowns embellished with the Union Jack, these two friends have been following the competition since they were seven years old, and they are now on their fourth trip to attend the final. It is this aspect of the event that they like most, the fact that it takes them "to places where they would never go otherwise." "Last year when we saw that Ukraine was the winner, we hesitated a bit because we thought it was a bit dangerous to go there," admits Catherina, batting her silvery lashes. But now, as they are busy dancing and posing for selfies in the middle of the wooden tables, their final verdict is conclusive: "Kiev surpassed our expectations." 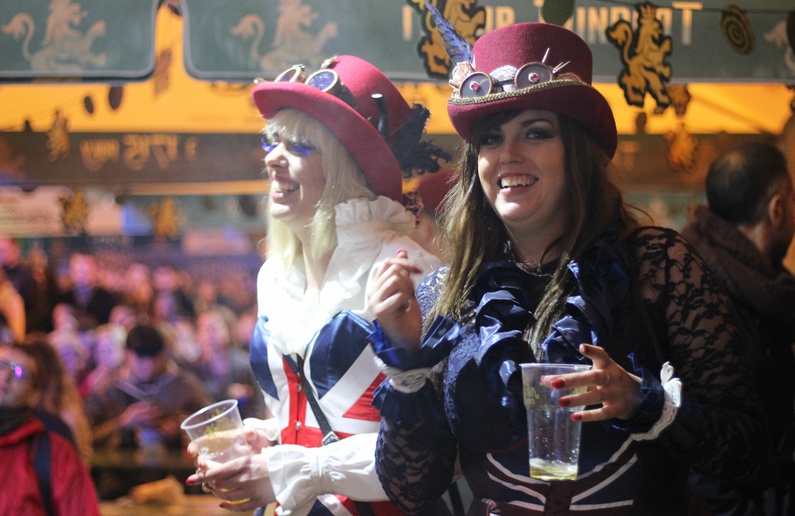 While there's still shooting going on in the east of the country, a European event of the scale of Eurovision represents an unexpected opportunity to boost the image of Ukraine. And the government's campaign of seduction seems successful. At 3 pm, the International Exhibition Centre is already full of vyshivanka for the dress rehearsal. The traditional Ukrainian embroidered shirt blends with blue and yellow fabrics, as well as with flags from many countries such as Sweden, Great Britain, Germany and Poland. Luc, who proudly sports a 'do not mess with Eurovision fans' t-shirt, doesn't regret having travelled from Australia. "I love Kiev, I was really surprised by the energy of the city and its welcoming inhabitants", he says before turning on the torch of his smart phone to imitate the lighter effect.

Not even the ban on entering the territory that prevented the Russian candidate, Yulia Samïlova, from participating in the competition (due to performing at a Crimean concert in 2015 without passing through Ukraine or warning the authorities of the country) succeeded in tainting the image of this 2017 edition in the eyes of Eurovision enthusiasts. "It's always political," remarks Ingrid-Louise without surprise, "but Ukrainian law is Ukrainian law, so I believe they were right to apply it." Ioulia, a resident of Kiev, shares this view. "It is seen as a scandal, but it's not exceptional. It's not the first time that bans like this one are applied. It even happened to Gérard Depardieu", explains the young woman.

Only Anastasia, interrupted in the middle of a photo session at the fan zone, seems sceptical: "I wish we did not have to think about these kinds of issues and that we only talked about music." Anastasia can resume her poses quietly now that Salvadore Sobral fulfilled her wishes. Owing to his victory on Saturday, next year the contest will leave the east of the continent to return to Portugal, a country that has been at peace with its European neighbours since 1918. 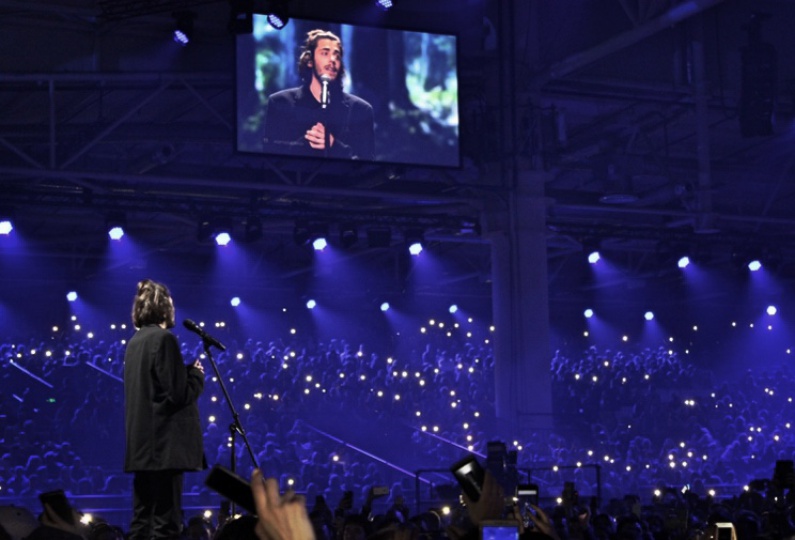