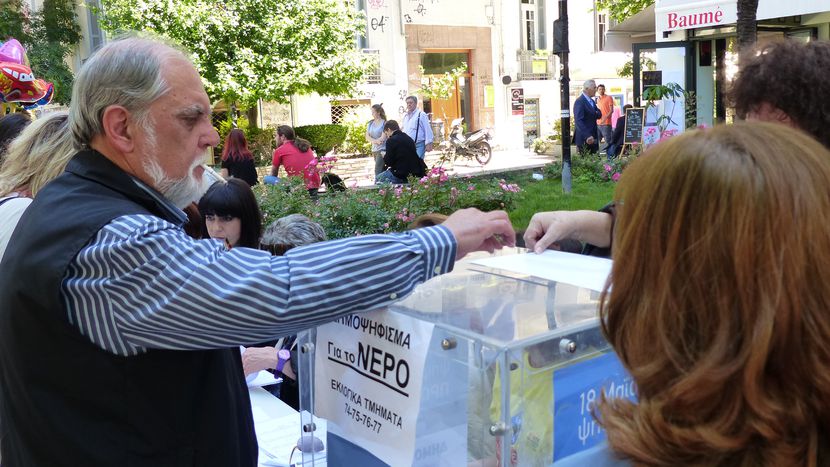 On Sunday the citizens of Thessaloniki were invited to vote on the privatization of the public water company EYTHA. 98% of them said ‚Oxi,’ objecting the government’s plan to privatize EYTHA. But: the referendum is unofficial. On Saturday, the Ministry of Interior Affairs and the Supreme Court in Athens declared the public vote illegal. Despite of this, 218,000 people participated. 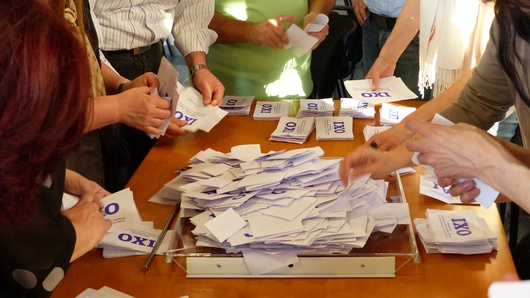 The referendum was organized by the citizen’s initiative  Soste to nero (Save the water). „This is not a public referendum,“ explains Giannis Konstantinidis, Professor for Engineering and active member of the group. „The municipality of Thessaloniki doesn’t offer the legal grounds to hold a public vote. But we think that, if enough people participate, we can exert more pressure on the government.“ Eventually, approximately 40% of the half a million citizens with voting priveliges took part in the referendum, which exceeded by far the expecatiations of the organizers.

And people did participate. It was the hope of the organizers to achieve a representative number of votes by connecting the referendum to the local elections. The plan worked out: more than half of those who elected the new administration additionally took part in the public vote. „Many people came just for the referendum and didn’t vote in the elections,“ reported one of the many volunteers in a district in the East part of the city, just a few hours before the polling stations closed. 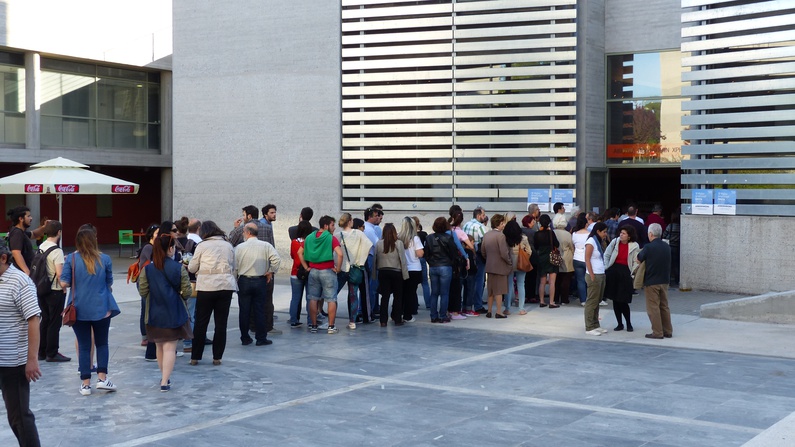 Unexpected support came from the government in Athens. On Saturday around noon, not even 24 hours before the referendum began, the Ministry of Interior Affairs and the Supreme Court in Athens declared the public vote illegal. They explained their course of action with the proximity to the local elections, banning the referendum from the official ballot points and confronting all of those handing out voting slips with possible legal actions. „The government is bluffing,“ commented Juán Antonio Julián, coordinator of the international election observers, on the drastic measures taken by the government. „We even believe that this has motivated more people to vote.“

And he was right. The state police did not interfere. None of the international observers, who came from Germany, Sweden, Italy, the Netherlands, Bulgaria and Austria, reported any irregularities. They even mentioned how well the organizers managed to adapt to the new situation after Athens had banned the referendum. The ballot boxes were placed outside of the official polling stations and the lists of voters were reduced to first and last name in order to avoid any similarity with the documents of the local elections.

Although hardly acknowledged in leading European media, the referendum in Thessaloniki is a milestone on Europe’s path to become more democratic. After the first successful European Citizen’s Initiative campaign Right2Water, that collected more than 2,000,000 votes against privatization of water all over Europe, and after comparable national referendums such as the ones in Berlin or Paris, the demand of the people to participate in the shaping of Europe becomes increasingly obvious. 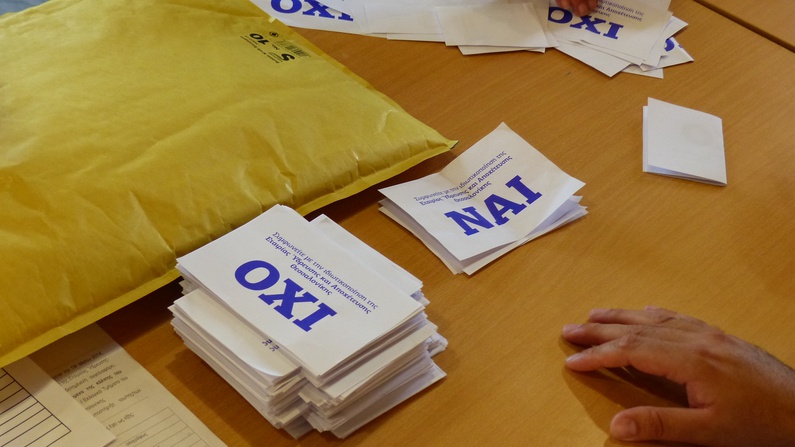 Proof of this cannot only be found in the social media, where people all over the continent followed the events in Greece, but also in sight of the many people who came and helped. It was because of hundreds of volunteers from Thessaloniki that the public vote could be held without any significant incidents. The referendum was an example of determination and public order – despite the threatening gestures from the state government. Supporters also came from other European countries, among them Claus Kittstein. Officially sent by the Berlin Water Forum to observe the referendum, he perpetually wandered from one public appearance to another, gave radio and television interviews and warned people about the dangers of blind privatization.

No united Europe without the people 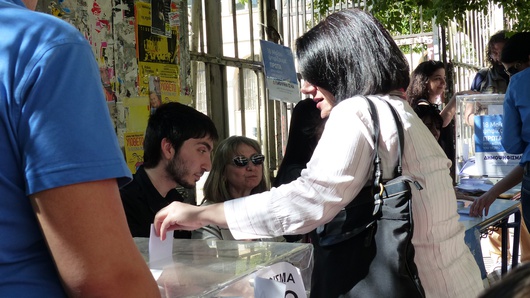 For many, the idea of a united Europe has already failed. But, despite the one-sided measures taken to overcome the crisis by the state governments, despite the many privatizations imposed on the people and despite the lack of transparency from administrations and the economy, the referendum in Thessaloniki shows: Politics is a people’s duty. A united Europe will not work without including its’ citizens in political decisions. „The whole thing here is not only about the water, but about democracy itself,“ explains Janna Tsokou from Soste To Nero. It remains to be seen how the government in Athens will react to the clear results of the public vote. There was no official statement so far.

For the municipality of Thessaloniki and for the citizen’s initiative Soste To Nero, the referendum was a huge success. The tremendous organizational effort already served it’s purpose by raising the citizens’ attention to the dangers of privatizing water. It is unlikely that the transaction itself can be stopped. The people of Thessaloniki are aware of that. If Athens doesn’t react at all, people might – once again – become disillusioned. They have failed to be heard by their government too many times. Though, the most important effect of the referendum is that questions concerning the necessity of more direct democracy have been raised and need to be answered in the future – not only in Greece, but everywhere in Europe.

This article appeared firt as a guest blog for the European Citizen's Initiative.

The German version can be found on www.eudyssee.net.