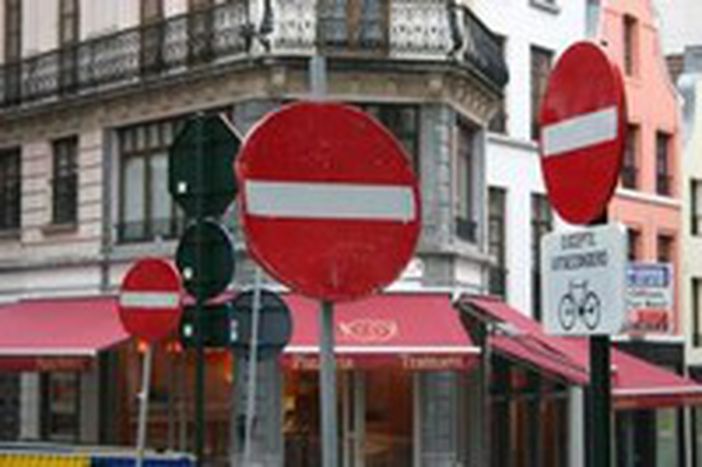 Talks with Turkey over its entry into the EU may have finally opened but for it, like for other EU hopefuls Croatia and Serbia, joining the club is anything but certain.

Turkish Foreign Minister, Abdullah Gul, arrived in Luxembourg in the early hours of Tuesday October 4 to begin negotiations, after a day of uncertainty about whether the EU would be able to overcome Austria’s opposition to offering Turkey the prospect of full membership. Yet, for all the fanfare, the Turkish government finds itself in a position not dissimilar to Damocles who, when looking up from the table of the king, saw a sword dangling by a single horse hair above his head. Even though the negotiations are now underway, it remains that member states such as France have promised their electorate a referendum on the issue of Turkish entry. In all likelihood, Turkish politics will continue to function with a sword of Damocles swinging above its head for the whole of the decade-long accession process.

This pattern has been repeated in other hopeful “pre-candidate” states. At the same time as Turkey began negotiations, Croatia was also given the green light by Carla del Ponte, chief prosecutor at the International Criminal Tribunal for the former Yugoslavia (ICTY). And yet only a few months ago, Croatia’s own negotiating start date had been postponed. Set for March 17, the opening of talks was vetoed by several member states after the same Carla del Ponte delivered a report criticising Croatia for not fully cooperating with the ICTY over the indicted war criminal General Gotovina. Unsurprisingly, the reaction to this decision in Zagreb was a mixture of disappointment and frustration. Since then, Eurosceptic sentiment has been on the rise in Croatia: a Eurobarometer survey in September found that only 36% of those polled believed in the benefits of EU membership, whilst 53% believed that EU membership would bring no benefits (an increase of 4% since last March).

It would seem that Serbia, another EU hopeful, has recently seen its own sword of Damocles lifted. EU Ambassadors in Brussels decided on Friday September 30 that talks on a Stabilisation and Association Agreement should begin. However, this only signals the beginning of a precarious time for domestic politics in Belgrade. The EU still supports the State Union of Serbia and Montenegro as its principal negotiating partner; a union which remains in a very fragile state. Most recently, it has been rocked by a procurement scandal, dubbed “the robbery of the century” by the country’s media, which saw equipment for the Serbian army paid for at inflated prices by the government. The corruption charge has risen all the way to the president of the State Union, Svetozar Marovic. And if Marovic resigns, the State Union will be in political free fall.

The EU plays such a central role in domestic politics in these countries that local politicians are little more than hostages to fortune. Internal crises in the EU can change the direction of politics beyond the EU’s borders. This can only increase public disaffection with politics and risks undermining further the fledging democracies in the Balkans and beyond.