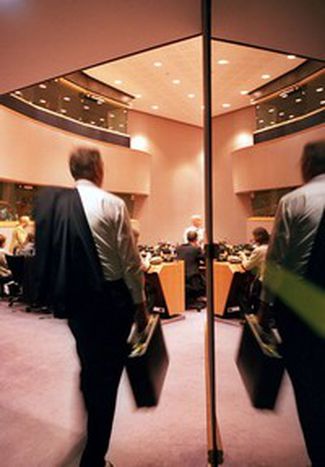 The monthly migratory wave from Brussels to Strasbourg is wasteful and inefficient. There is another way.

Once a month, the bags are packed. The 732 Members of the European Parliament (MEP), as well as their assistants and staff, travel every month from Belgium to France and back, taking everything but the kitchen sink, in order to hold their four-day plenary session in Strasbourg.

This long-standing travelling circus was approved by the Treaty of Amsterdam in 1997. The European Parliament (EP) is the only assembly in the world that does not have a single seat. It spreads over nine main buildings in three cities in three founder Member States of the former European Community: Luxembourg, France and Belgium.

The dispersion of Parliament's activities between these three working places is costly and damaging to the institution's credibility. According to the European Parliament's Secretary-General's report on the cost of maintaining three places of work, the additional cost to the taxpayer, following enlargement, was estimated to be over 200 million euros a year. Citizens rightly ask themselves why taxpayers' money is spent on unnecessary travel costs and a building in Strasbourg that stands empty for 300 days out of 365. Many citizens see this empty building as yet another example of the expensive bureaucracy of the EU.

The current arrangement also causes a great deal of inefficiency in the work of the European Parliament. The other two EU-Institutions, the EU Commission and the EU Council, have their seats in Brussels. During the plenary session of the parliament, some staff and facilities remain in Brussels, making work difficult to carry out.

Unlike its humble beginnings, The European Parliament is now a full-time Parliament like its national counterparts, and an arrangement which may have worked in the early years of the Union's existence, when the Parliament was a part-time assembly, is today no longer workable.

Unfortunately the European Parliament does not have the sovereign right to decide its own working arrangements. Any change can only be achieved by the Council unanimously amending the Treaty.

Ringin' in the changes

In March 2001, nine MEPs from four political groups founded the Campaign for Parliament Reform (CPR). CPR seeks fundamental changes to the way the European Parliament functions on a day to day basis, in order to make it more transparent, more accountable and more efficient. Today over 130 MEPs are members of the initiative, representing almost every political group in Parliament.

At the moment, CPR has two major initiatives; one aiming for the support of the European citizens and one for raising political awareness at national level.

CPR launched the first Europe-wide citizen's referendum, www.oneseat.eu, to generate EU citizens' support for ending the commuting circus to Strasbourg. This initiative has in its first 6 weeks accrued the support of over 700,000 Europeans and is gaining more signatories by the hour. The petition has its roots in Article 47 on participatory democracy in the proposed constitution for the European Union. The European Commission supports this campaign and wants the citizens in the European Union to become more active and to participate in the debate on European issues. One million signatories are needed to put the topic on the Commission's agenda.

But in addition to this citizen's initiative there is a need to ensure political awareness and support at the national level. Since unanimity among the Member States is needed to change the Treaty, national parliamentarians have been raising questions to their respective governments on the cost-effectiveness and the seat of the European Parliament.

Given the historic importance of the city of Strasbourg as a symbol of reconciliation and European unification, the debate on the seat of the European Parliament has often been emotionally tinged. While recognising the importance of these ideals, the way to best ensure unity and political stability in the European Union of 25 member states today is to ensure that it is an efficient and accountable decision-making body.

And this means a decision on the seat of the Parliament is inevitable.