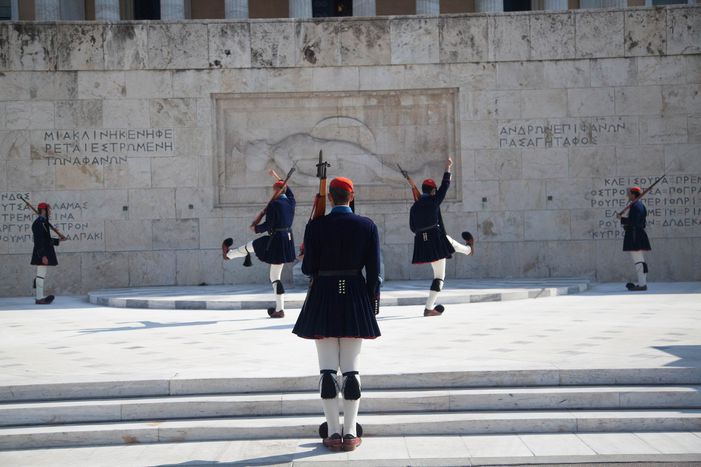 Europe's Rasputin: The definitive guide to the Euro crisis

Greece: the mother of democracy and the Olympus of fiscal irresponsibility. Here's why Europe's problem child can only compare to the infamous Russian priest Rasputin, who was poisoned, shot four times, and beaten until he finally died from drowning, and why it is no longer the end result that matters.

The European Union has accomplished two major tasks since its conception. On one hand it managed to unite a continent previously unrivalled in its proclivity for war. On the other, it has done this in such a way that has taken its ~500 million citizens to unknown levels of political confusion and subsequent apathy. What remains unclear is whether EU policymakers intended their system to be obscure in order to obtain more authority or whether it was an inescapable sacrifice. In either case, the result is a revolving door of opinionated conflicts through social and traditional media, which are, at most, loosely based on economic or political understanding of the issue at hand. The Greek financial fiasco is not any different.

In what has turned into the most hostile subject within the EU since its formation in 1951, the Union is faced with its toughest economic decision to date: Who gets the power to do what? In addition to the complexity of Greece’s economic problems and complex set-up of the EU itself, at least two new players have emerged as decision makers since 2010: the IMF and the ECB. With both involved in dealing with a country like Greece for the first time, each brought their own proven or unproven remedies to attempt to prevent Greece’s economic default. The question became no longer whether to “save” Greece and its people or not, but rather what type of relationship all EU citizens should continue to have with the EU as a result. Let us look at how the situation developed.

Each for themselves and none for all 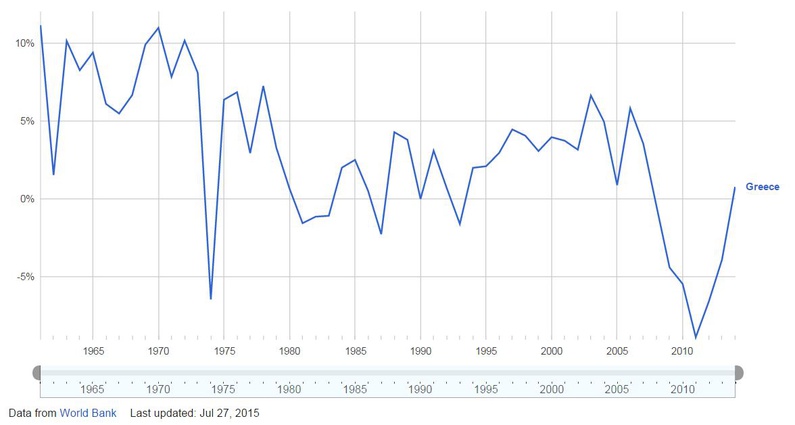 What economists such as Joseph Stiglitz called a “seriously criticisable triumvirate” (Eurogroup, ECB and IMF) has so far achieved questionable results through even more questionable methods. As unemployment sky-rockets and people are rioting, it is not a moment to celebrate the slightly improving financial results to appease the creditors.

A major concern has always been that the negotiating partners are unable to agree on cooperating, as they serve ultimately different functions. Each arrive with their own medicine, wanting to sell it to the hospital (i.e. the Eurozone), neglecting the fact that there might be unexpected side effects from giving the patient conflicting drugs. All the while it isn't even clear whether everyone is fighting for the same goal of curing the patient. Independent economists and sociologists like Jürgen Habermas have repeatedly issued concern over the lack of consideration for the well-being of the Greek people compared to capital repayments.

As each creditor has their strict and individual repayment conditions to be fulfilled, we end up with a handful of astronomical demands, which are neither properly communicated to the public or even the other creditors. It is only in very recent discussions that we have seen previously unconsidered compromises emerging. It is paramount to be aware of these discussions and their background. 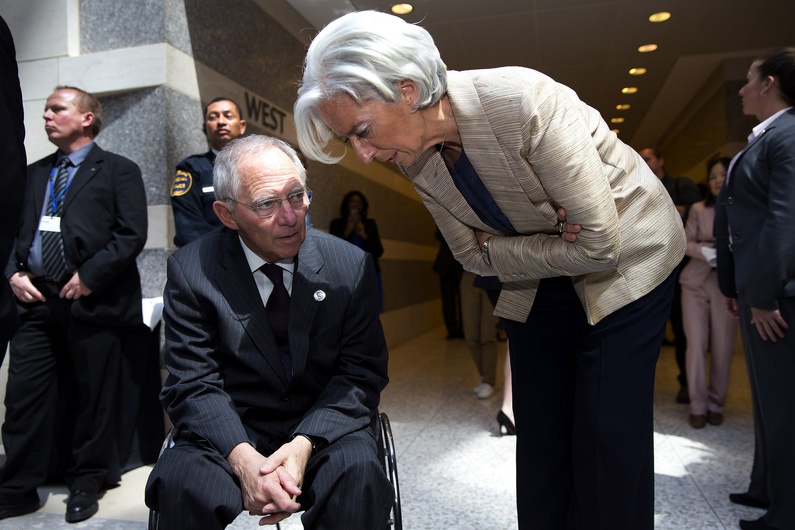 The IMF, lead by the aforementioned former French Finance Minister Christine Lagarde, is likely the most easily explained player in this conundrum. When the EU agreed to restructure Greece’s debt into public hands, the IMF had been assigned a Euro economy for the first time. While the IMF has been arguably successful in providing near broke states with cash flow from its fund, it always imposed the same measures to secure its repayment. "Hundreds of conditions, some little, some big, many irrelevant, some good, some outright wrong, and most missing the big changes that were really required", was the evaluation of Stiglitz. To continue with the patient metaphor above, calling the IMF to solve economic issues is comparable to asking a chemist to cure the patient. He will pump elements into the system, but not necessarily the right ones.

On top of it all, Greece was very different to usual IMF patients in that it was tied in a currency union with some of the world's largest economies and had a GDP to debt imparity the IMF was not used to handling. After first demanding to reach a projected budget surplus of 3.5% by 2018 in 2011, this comically high number was lowered to 1% in 2015. The GDP did grow positively last year for the first time since the crisis, with the backlash of a sharp unemployment rise and sinking productivity.

While the recently growing Greek GDP is a good sign in general, depressive unemployment and productivity figures are a more systemic problem, and not just socially. The issue here is that the entire system of the IMF is not capable of dealing with debt proportions such as Greece’s. The pre-2008 overvaluation and post-2008 borrowing have put Greece in a unique position of an enormous GDP to debt spread. According to Lagarde, the only viable way the battled state is seen to avoid insolvency in the long-term is to give it a debt write-off. A drastic, unliked, but ultimatively effective method.

The Eurogroup, the part of the EU Council consistent of all Euro states' Finance Ministers, lead by Wolfang Schäuble has strictly opposed a Greek debt write-off. As the representative from Europe’s largest economy, Germany, Schäuble is already struggling for internal political approval of his entire Greek policy. As in Sweden or the UK, the growing public disapproval of further “Greek bailouts” using taxpayer money has turned from international to national issues, as media outlets stigmatize the Greek tax evader. As the only directly elected body of the Troika, the Eurogroup remains the most powerful, yet volatile of the three, due to public opinion. 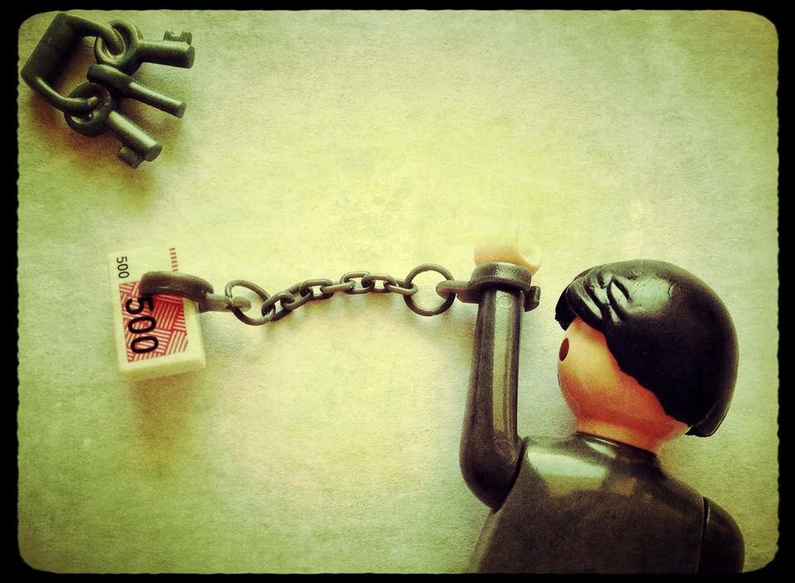 The two reasons why the Eurogroup cannot accept a debt write-off are the same why it has not seriously considered a Grexit. Firstly, the ideological rhetoric of “European solidarity at all cost” declares a responsibility for all Euro-states to carry the currency in good or bad times. The write-off of debt would send the wrong signal to investors and creditors. The second reason is imminent financial stability. A Grexit or debt-write off could also send the wrong signal to the remaining part of the Eurozone, following the logic of “if Greece gets a write-off, then why not Portugal, Spain, Ireland, etc…”.

The ECB, as any central bank, is concerned with just that. The most easily criticisable and only unelected institution of the EU, has its primary function in keeping the Eurozone’s checkbook in order. As a relatively new currency, the ECB had yet to test its gridworks before the crisis hit the Eurozone. In fact, before this crisis, the ECB had barely made any headlines at all. No politician was able to predict the role it would take after the 2008 worldwide financial collapse. So far its been very succesful in securing a position at the decision-making table.

After 2008, Europe was failing in more places than just Greece. The ECB was invited to play a more powerful position in making decisive interest rate changes (reaching the current miniscule 0.15% by 2014). A number of mechanisms were launched in hand with plans for a banking union which would ensure that no state or "systemic bank" defaults on its debt within the Eurozone. An ambitious, yet socially conflicting policy.

The problem with the ECB is that it only concerns itself with financial issues, is not democratically elected and mostly houses people from the private financial industry. Consequently, public distrust towards its goodwill has grown naturally in the EU. 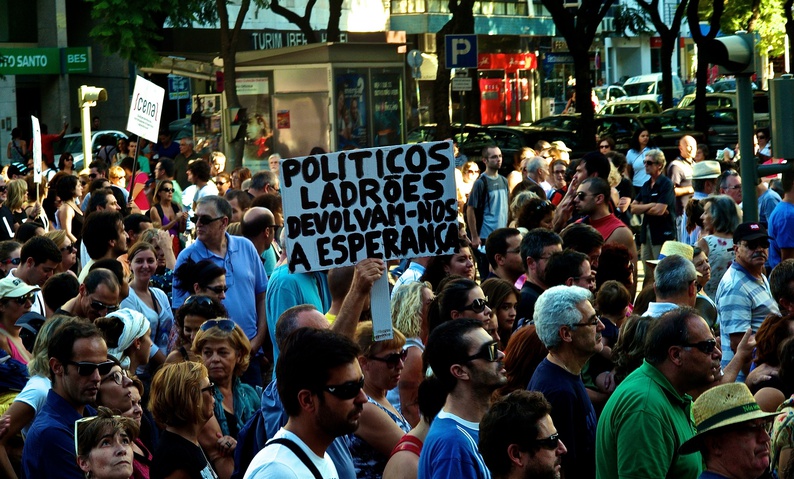 The way out of the Euro crisis

While many would rightfully argue that the issue is too complex to be on the mind of everyone, it will likely become the most remarkable development since the installment of the European Union. The way in which the EU will distribute power and handle this problem will also decide how the imminent refugee crisis and any further issues will be handled. That is why it is important to understand each institution and interest group involved in the subject.

It is clear that the biggest opponent to rational discussion are populistic statements and extreme politics, which have seen a rise across the entire continent. Transparency is replaced by polemics to further one’s political campaign. The Greek issue will roll into the awaiting immigration debacle and further manifest the vulnerability within the European être. Already we are seeing the ultra-right groups like the French Front National (FN) party reach 25% of the vote in the 2014 European parliamentary election (rising to 24/74 seats from just 3/74 seats in 2009), profiting on the general ignorance of the complexity of European politics. 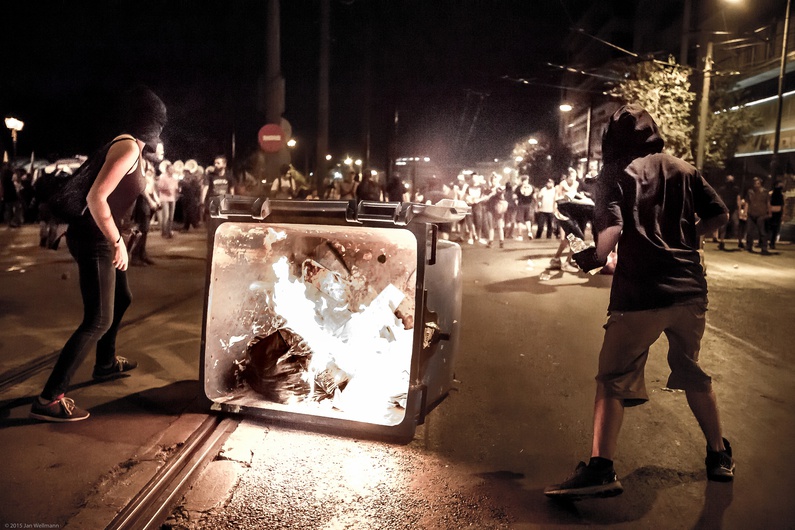 Meanwhile, elsewhere, we are seeing massive movements of protest and progress, especially among the younger population, demanding either more transparency or a change. The grown-up, digital Erasmus generation is not asking to disembowel the European idea, but rather that it becomes more clear to everyone. Instead of dividing the arguing parties into “good” and “bad” Europeans, politicians are called upon to break narrowminded national and economic ideology. The absolute way of argumentation has so far only led to a rift between the EU and its citizens. This discourse needs to start soon unless we want what Hans-Werner Sinn called the “dogma of European policymakers’ infallibility and the irrevocability of every step toward integration to collide with reality.”