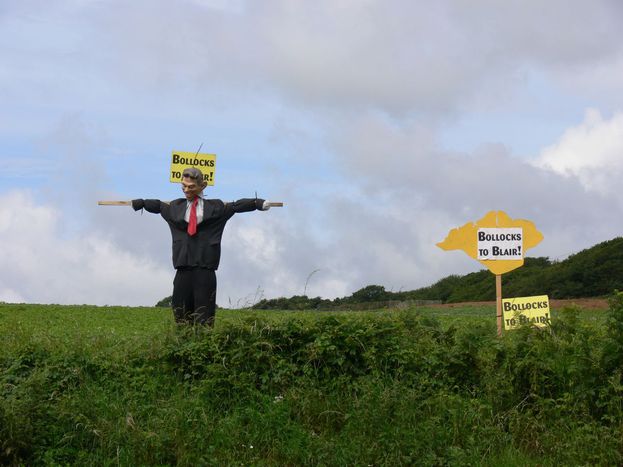 On 15 September the Polish tabloid Fakt published images of president Bronislaw Komorowski hunting, to the rage of animal rights associations  - though one of his election promises was to start going hunting with a camera as choice of weapon instead. 'The hobby of our president is killing,' came the cries

During the election campaign promises were made to avoid the wrath of animal protection associations; but after he became president of Poland, older and private images of Bronislaw Komorowski smiling as a massive deer lay dead to him were released on 15 September 2010. Komorowski’s colleagues across Europe haven’t got off so lightly. In February 2009, former justice minister Mariano Fernández Bermejo (2007-2009) was forced to resign after being papped deer-hunting in Andalusia with Spanish terrorism judge Baltasar Garzón. Though Bermejo didn’t have the correct license, hunting was more a backdrop in this scandal, as it was more about a conflict of interests; Garzo was investigating a case with members of the opposition at the time.

Britain’s hunting act, focused on foxes, dogs and stags, was passed under prime minister Tony Blair in 2004. He has since stated in his 2010 autobiography A Journey that it was a mistake: 'It was only when I got into the thing in a lot that I started to understand that this was more complicated than a bunch of toffs running around hunting foxes.’ Conservative prime minister David Cameron was taught to shoot rabbits by his late father, he has said, and is looking to reverse the ban at some point.

Animals have been hunted in European fields for safety rather than leisure too. That’s what happened to Bruno the bear who wandered over the Alps from Italy in 2006 and was blamed for killing sheep along the way. He was the first bear to dare to set paw on German land in almost two hundred years. Bavarian governor Edmund Stoiber classed him a 'problem bear’, and he ended up meeting a sad end in the face of a barrel in June of the same year. It’s gone down in history as one of the most famous decisions made by CSU (conservative) politicians.