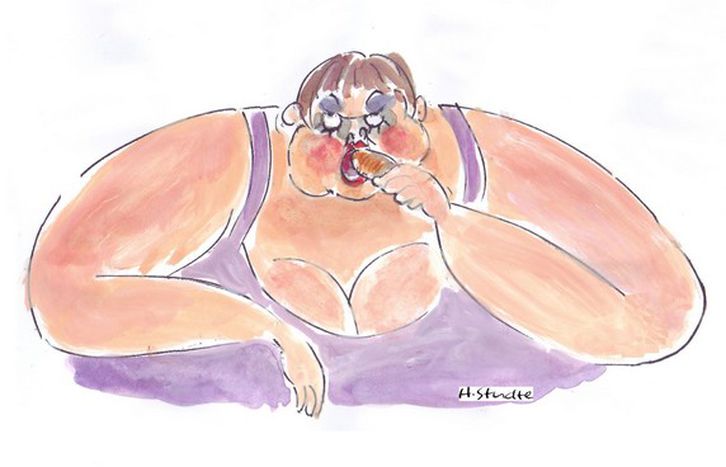 'Ugly' is relative. Europe is creative with names when someone is ‘offensive to the eyes’. Tuna fish, veils, mussels or middle-aged pop stars beware - when Europe maligns ugliness they all have to pay the price…

(ugly) was originally derived from the word ‘Hass’, meaning hate or hatred. Luckily this now has nothing to do with disparaging remarks on the appearance of our fellow human beings.

The present day meaning of the French term moche

comes from the old French dialect mokka, which is a misshapen heap of bread. Today, theoretically, deformedness and ugliness is put on the same level as obesity too. The French like to denote corpulent ‘gals’ nowadays as gros thon

(black pudding/ blood sausage). The Germans speak of ugliness with the aspect of a dreadnought; an ‘altenFregatte'

(old Frigate, aka 'ship'). A woman with an excessive body mass index gets off lightly by the Poles; she’s referred to as being a ‘pasztet’ (pastry/ pie).

The Brits, who run riot with economy in language, are rarely at a loss to aptly describe an extremely ugly person. Melting the words ‘bloody’ and ‘ugly’ forms the word bugly

; a ruder variety is fugly

is somewhat cooler, but cheats by adding a few letters to denote an Italian Quasimodo loser as sfigato

Being as ugly as an animal also works in France; laid comme un pou

(ugly as a louse), Italian cozza

(ugly cow) in Germany. Poland takes inspiration from dark Nordic traditions; the ‘Hemulen’ moomins by Swedish-Finnish author Tove Jansson. The Poles like the insult Paszczak, the name for this race of animals, which is dished out when someone is brzydki jak noc listopadowa (ugly as a night in November). 'Paszcza' means face or mouth, referring to its big size. The idea of the nocturnal mantle is picked up on German idiom with the notion of Schabracke

, an unattractive woman. Previously known as saddlecloth from the Turkish word çaprak, and now as a large cloak in order to conceal the ugly, what else could it be?!

In Spain, they don’t pull any punches; those people who are under the beauty radar are known as being cayo

(as ugly as callus skin on feet). Unfortunately, the late folk singer El Fary, who died in 2006, is also filed under this category. The expression eres más feo que el Fary comiendo limones

(you’re uglier than El Fary eating lemons) is used to ‘celebrate’ the much-missed El Fary in Spain to this day.