European Union, why are you so distant?

47% of citizens don't favor the EU, according to a report published by the Pew Research Center in 2016. European nationals and media feel they are being misinformed and dismissed as far as European affairs are concerned. But isn't the EU a victim of misinformation and misunderstandings as well? And doesn't the media contribute to it in its own way?

Nowadays, as information and communication grow exponentially, misinformation is devastating and can prove to be a very violent tool. Eyes on Europe, Cafébabel and the Representation of the European Commission in Belgium organized a workshop for exchanges between journalists, EU officials and experts on media and communication about two main themes: "European Union: how can misinformation be countered?" and "Communication regarding EU-funded projects."

Misinformation, yes, but what does that mean?

Misinformation is a mass communication technique that alters reality to influence, to deceive and to promote an idea or concept. It may be desired by the government, social groups, or companies, but it can also be unintentional due to incompetence, mistakes or misunderstandings of the facts. The EU, the media and citizens are both victims and contributors of misinformation. 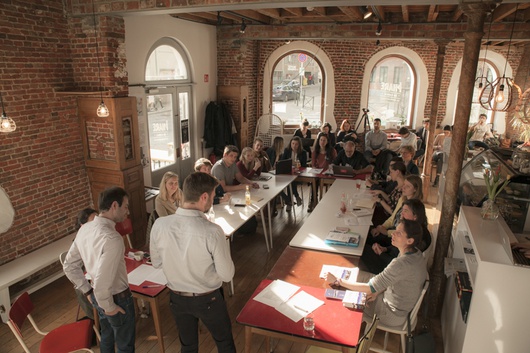 What’s the role of the EU in all this?

The EU shows a rather distant behavior towards the citizens who feel abandoned by it. Europe is a sign of disappointment and misunderstanding. According to the Pew Research Center’s report, the number of Eurosceptics will rise in 2017 in response to Brexit and EU’s future migration and economic policies. It’s harsh to see the gap between the EU and its citizens widening every day. The EU's future is bleak. Criticisms of the European Union are increasing and include its lack of transparency, its complexity, its detachment, its erroneous policies in economic, international and European affairs, as well as its unpunctual communication. But isn’t that Euroscepticism fed by misinformation or misunderstandings of European matters?

Misinformation and the media: a matter of aptitude?

One of the responsibilities of the media, and one that is far from unimportant, is making an appropriate report of European activities and decisions, yet the phenomenon of misinformation keeps growing. Journalistic training is certainly sharp, but many gaps remain in European studies and policies. Poor mastery of European political matters can quickly disfavor journalists and put their professionalism under questioning, though nobody will contradict the complexity of assimilating the workings of the EU and its policies with finesse. This lack of knowledge plays a significant role in the phenomenon of misinformation. 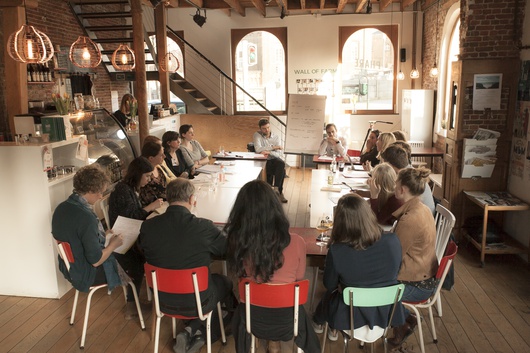 With the peak of "mainstream" internet sites like Facebook and Twitter, fact-checking has become less fashionable. The issue of verifying sources is certainly a great obstacle for the adequate work of a journalist; however, this verification, that is one of the basic tasks of journalism, now goes out the window: it's a race to be the one who published it first. Our journalists tell us: "we try to check, but sometimes we have no time." It is difficult for them to apply to the letter the rule of source verification, as it takes a lot of work and investigation. In addition, reporters seem to be partial sometimes. It’s easy to understand that a journalist will favor an article that will sell more over another one. The commodification of information, even giving false information through biased source verification and/or insufficient knowledge of the workings of the EU and its activities, can drive journalists to negligence. It is due to this phenomenon that some of the topics that are most important to the general public fall through the cracks.

According to a recent study, 75% of Belgians say they are not well informed or not informed about EU activities. And 8% declare to have contributed to European funding for the development of a project. Each year, the EU provides financial assistance in the form of grants, loans and contracts to SMEs, NGOs, non-profits, youth projects, researchers, farmers and rural businesses. This money is managed in association with national and regional authorities through various funds such as ERDF, ESF, CF, EAFRD and EMFF. The 2020 economic growth target for Europe is not to generate profit to the recipient of aid, but to assist in reaching an "economic balance". To cite just one example among many of European aid beneficiaries, there’s the Kaanal lighthouse, located in Molenbeek, which is a coffee shop and canteen with a co-working space with possibilities of privatization. 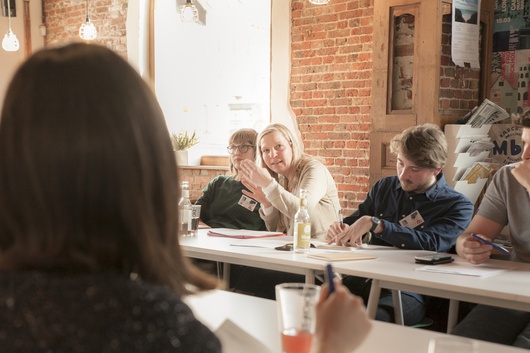 EU-funded projects are victims of poor communication on the part of European authorities and journalists, but also of the funds organizations mentioned above. The EU adopts a remote and invisible behavior precisely at the local level. The European Commission should establish a communication plan and strategy to promote these initiatives; it’s in the EU's interest to communicate its investments and improve the visibility of its activities requires working hand in hand with journalists and fund organizations such as the ERDF, ESF , CF, EAFRD and EMFF. The projects are difficult to sell to the public, according to our journalists, and therefore hard to advertise. This is not a selling point, basically. Our contributors advocate for the establishment of a local-level communication strategy by the EU that will connect with much more people who will have journalists and funding organizations as mediators, although this requires giving more resources to fund organizations to improve reporting of these projects.

Countering misinformation should be a priority for the EU and the media, as both contribute to and are victims of it. Left to work hand in hand, the Commission should implement debriefings to help journalists achieve a better understanding of and increase the visibility of European affairs, and propose a reform that would improve collaboration between the EU and the media. The EU should also consider concretely applying the principles of transparency set out in the Maastricht Treaty and reinforce the link between the administered and those who administer. Misinformation from both the EU and the media works against them. It is high time that they make every effort to counter this phenomenon, which one day may turn against them and the expression "hoisted by their own petard" becomes a painful reality.

This article was originally published on the official website of the association Eyes on Europe.

Created in 2004 by a group of students, Eyes On Europe is an organization that deals with European affairs. Through their magazine and their website, they promote Europe through citizenship and dialogue. For more information, visit their Facebook page.