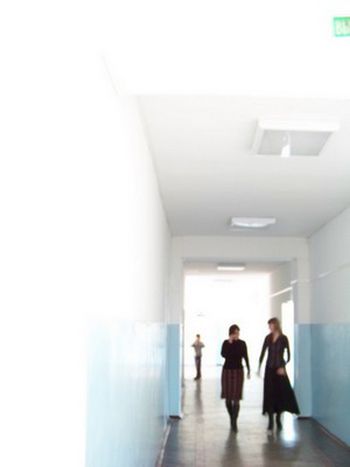 Working conditions for teachers are being discussed in every staff room throughout Europe. Overview

Forget the threat of unemployment; becoming a teacher in Italy is a real headache in itself. The public exam that gets you in to the national education sector has been on borrowed time for some years. In order to reform the system, a specialist school (SSIS) has been created. It trains teachers in two years, paying them 1, 500 euros net per month (£1, 165). But at the same time, the public exam is yet to be discontinued. The result? The very systems that regiment teachers' careers is putting teachers qualified by exam and those qualified by school in competition with each other. This battlefield is really nothing more than the juxtaposition of reforms from successive governments. At this time, no-one knows if the public exam or academic teaching will be chosen as the definitive way.

As it stands, it seems no-one really understands what is going on. Many stoic students have been plunged into a waiting game. With eighteen hours spent in school per week, Italian teachers receive an annual salary that touches 20, 000 euros (£15, 528) at the start of their career.

In Poland, there is some doubt as to how much teaching is considered a vocation. One reason amongst many as to why is the relatively low salary - it is the second lowest in Europe when considering the country’s GDP(Eurydice). Salary depends on the qualifications and experience of the teacher, their length of service and finally their professional development.

But all this is just theory.

‘Teaching is just one of my activities; I have to mark a class of thirty pupils' work. I must also attend numerous meetings during which we must 'self-train'. Every two years, I have to undertake more university training. This is all classed as 'professional development',’ says Agata Plucinska, social studies and geography teacher in a secondary school. This is all without taking into consideration the great expectations of parents towards teachers. ‘People often believe that teachers are there to bring up their child and if something goes wrong, the teacher will be seen as responsible for it.’

Being overworked is one of the most serious problems that affect Polish teachers, who spend eighteen hours at school per week, along with stress and nervous disorders. They are paid 5, 041 euros (£3496) at the beginning of their careers.

If one is to believe the complaints of those in the profession, being a teacher in Germany is the worst job possible. However, compared with their European counterparts, they seem somewhat spoiled; fourteen weeks holiday per year, the lifelong position of ‘government official’ (though with differences between the east and the west) and at midday, everything stops; in Germany, both teachers and pupils have no classes in the afternoon.

'Lazy civil servants' - the reputation that teachers have in Germany is terrible. But the training is still long. One must first pass the state exam ('Staatsexamen'), then complete professional training of two years (the 'Referendariat'), and all of this is part of the 'Studienseminar' set out by the state. For this, the prospective teacher must carry out practical work and 'succeed' in their first classes, supervised by a mini-jury watching from the back of the classroom. The profession has seen renewed confidence in it these past few years. In 2008, Germany needed 20, 000 more teachers according to the Association of Teachers. In light of this, regions have begun hiring more young graduates.

A young German teacher starts their working life on an annual salary of 30, 842 euros (£23, 998) and works around forty hours per week in total, seventeen hours of which are spent within school walls.

To become a teacher in Spain you need to have a master's degree, passed over four to six years of study or the equivalent from overseas, then follow teacher training given by universities. To work with the public, you also have to pass an exam and become a government official. The Spanish are physically in school for a longer period of time than their European neighbours; for thirty-five hours per week of work, twenty-five to thirty hours are spent in school, depending on the area you work in. This is either in the classroom or carrying out other management or team tasks. Once at home, there is preparation for future classes, continued training or pedagogical activities.

Physically in school for a longer period of time

Salaries vary enormously between autonomous communities. The average renumeration for teaching in Spain follows Germany's, being placed just behind it in the OCDE table at 27, 671 euros (£21, 531) per year for a young teacher.

France - reform that is making waves

France is going through a redevelopment of its teacher training system that should be ready to go live in September 2010. This has sparked many a discussion in teacher staff rooms. Instead of an exam taken after three years at university, students must get a master's in teaching after a further two years at university. Critics are already mourning the end of excellence and specialisation in the field.

However, nothing is official as yet. The main issue affecting teaching on the Hexagon is the topic of pay; a review of teachers' salaries is also being talked about. These salaries, as they stand, are much lower than those of their European neighbours. France takes thirteenth place in the OCDE teacher salary ranking, with teachers starting out at 20, 153 euros (£15, 681) per year. Of their thirty-five hour working week, French teachers are in the classroom for sixteen hours.