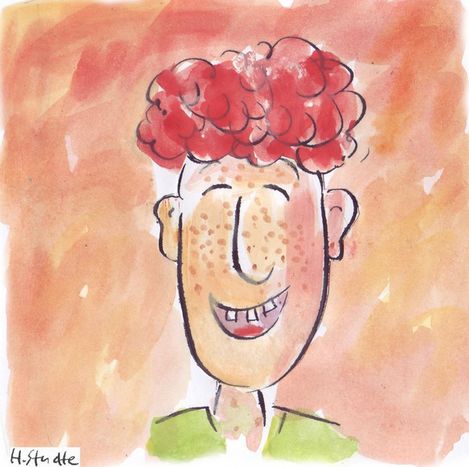 Adorned in all its summer colours, skin can sometimes reveal marks that can ‘stain’ or ‘make a hole’. Idiomatic expression of the week

Oft loathed by those who have them, freckles are not physical peculiarities like other marks. Generally sported by red-heads, for a long time they have been seen as a sign of bad luck by the superstitious or at least as an oddity. Literature also reflects this. In 1910, the American poet E. E. Cummings wrote if freckles were lovely… His Italian contemporary, Giovanni Verga, described Rosso Malpelo ('Little Boy Red'), the misfortunate and vindictive protagonist of his 1880 novel, an adolescent with a face dirtied by freckles.

This ill wind blows in France as well, where freckles are called taches (stains). The Germans, as usual, are more pragmatic and speak of Sommersprossen (summer stains) flourishing with the first rays of the sun. For their part, the Spanish use the word pecas, from the verb picar (to make holes).

Happily, not everyone on the continent despises freckles: certain people even associate them with cooking. The Polish refer to them as piegi and say that those who have them have been ‘delicately sprinkled with chocolate drops’ (piegus). In Italy, another culinary metaphor take shape in the form of lentiggini, derived from the Latin lens or lentis, meaning lentils.