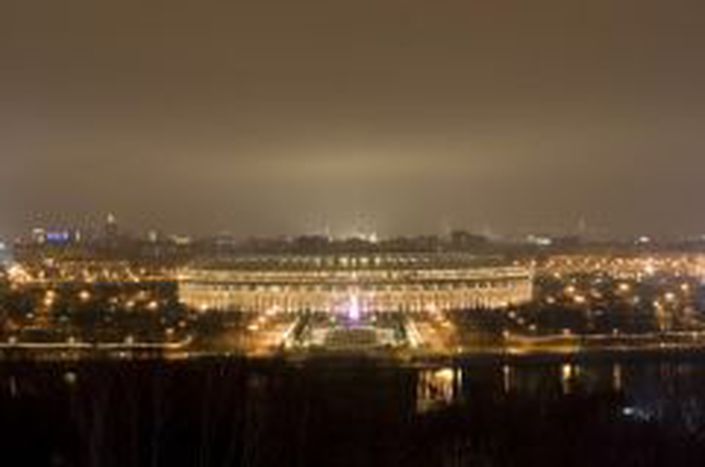 European Football: a time for expansion?

Strasbourg, 21 May 2008 By Jean-Baptiste Mathieu Translated by Andrew Kimpson

Wednesday 21st May at the Luzhniki Stadium in Moscow.
The final finds its place in history even before kick-off.

On Wednesday 21st May the final of the Champions League took place in Moscow’s Luzhniki Stadium.

For the majority of European football fans this was a particularly fascinating due to this being the first time two English teams – Chelsea and Manchester United – have met at such a high level. However, the historical importance of the game lay somewhere totally different. For the first time the final of the most important competition in European football took place in an Eastern European country. With the exception of Belgrade in 1978, a final of the European Cup or Champions League has never been held further east than Vienna. (1)

In this competition in which Italian, English and Spanish clubs take centre stage, European football fans have got used to the fact that Eastern European countries, with the exception of the 1998/99 Season, appear to have systematically failed for many years. The image of Eastern European football has suffered due to this absence of more than 15 years. In a history in which only the victorious are remembered, Eastern Europe sinks more and more into oblivion. However, it was the countries of Eastern Europe that made the European Cup a thing of legend. We only have to think back to the second leg of the quarter final between St. Etienne and Dynamo Kiev on 17th March 1976. St. Etienne, who had lost 2:0 in Kiev, were able to claw back the deficit in 90 minutes. Then, despite a calf injury, Dominique Rocheteau secured the French team’s qualification in the 112th minute during extra-time.

In the period between the 1960s and 1990s, the teams on the other side of the Iron Curtain ware able to enjoy growing success. Even by 1955 two Eastern European teams – Gwardia Warszaw and Voros Lobogo – were receiving great praise from French sport magazine L’equipe (2). The early years proved to be difficult: Real Madrid were somewhat pre-eminent, with over 100,000 supporters watching the finals and no Eastern European club progressing further than the quarter-finals. It was not until the 1964/65 Season when Hungarian club FC Gyori Eto made it to the semi-final. From then on it really took off. During the seasons between 1966 and 1970, CSKA Sofia, FC Marila Pribram, Spartak Tinava and Legia Warsaw all became part of the four best teams in Europe one after the other. In the following decade, both FC Ujpest and Dynamo Kiev reached the semi-final.

The 1980s were then a golden age for Eastern European football. Excluding the 1980/81, 1984/85 and 1989/90 Seasons at least one Eastern European club made it to the semi-finals, with the climax coming in the 1986 Final held in Seville’s Sanchez Pizjuan Stadium. The year after the Heysel Disaster in 1985 all English clubs were banned from competing in Europe. FC Barcelona were picked as favourites to beat Steaua Bucharest. But after 120 minutes without score the Romanian goalkeeper Helmuth Duckadem saved all of Barcelona’s penalties. In front of the Barca goal Marcus Lacatus and Gavril Balint were able to show their ability and made their penalties count. The trophy headed to Romania. In the 1988/89 Season the team from Bucharest once again reached the final, this time against AC Milan, played at Barcelona’s Nou Camp. The Rossoneri demolished the Romanian defence: Ruud Gullit and Marco van Basten grabbing two goals each as Milan won 4:0. by the end of the 1980s Steaua Bucharest had made it to the semi-finals three times, whereas Dynamo Bucharest, CSKA Sofia, Widzew Lodz and Dynamo Kiev getting there once each.

The 1990s then marked a turning point. Apart from the 1998/99 season, the semi-finals of Europe’s most important competition took place without the presence of Eastern European countries. Spartak Moscow collapsed just before the final in that season against Olympic Marseille, viewed by experts as the best team in Europe. Marseille beat Spartak, but lost the final on penalties against Red Star Belgrade in Bari.

The form of the competition changed in 1993. The European Cup was transformed into the Champions League and this lead to a task that was now much more demanding for Eastern European Clubs. The direct knock-out elimination was abolished in favour of group qualification format, in which in which every team not placed at the top of the UEFA rankings had to play several preliminary rounds. This meant Easter European clubs were impeded entry to the top table of the competition. Today only the winner of the Russian league is guaranteed a place in the closing stages of the Champions League. The other Eastern European clubs must firstly progress through one, two or even three preliminary qualifying rounds before they may face the winners of third largest championship. In the period between 1991 and 2008 only one team managed to reach the semi-final. Dynamo Kiev, lead by Andriy Shevchenko, were beaten by Bayern Munich, who themselves would go on to lose what seemed to be a promising finale against Manchester United on a thrilling night in Barcelona.

Today there are two possible solutions to an imbalanced relationship between clubs from West and Eastern Europe. Firstly the promotion of one or two Eastern European clubs into elite teams in the form of Chelsea. Russian football is showing signs of achieving this with its major club and current holder of the UEFA Cup, Zenith St. Petersburg. The second option is a reformation of the Champions League by changing the participation requirements of the champions from countries outside of the top ten UEFA rankings. Michel Platini, the UEFA president wants to proceed with such a project. However, this may be difficult to implement.

In the meantime, the fact that finals of European competitions are being held in Eastern Europe, with the European Championship itself taking place in Poland and the Ukraine in 2012, can be used as a reminder that football is also loved east of Vienna.

(1) The history and style of football in the Balkans is not the same as that of Russia, Poland, Ukraine or Romania. It is therefore important not to tar the former Yougoslavia and its neighbours with the same brush as the Eastern European countries.