The process of stabilisation and association underway in the western Balkans shows the involvement of the EU in a region where a decade ago it was powerless. Its objective: integration 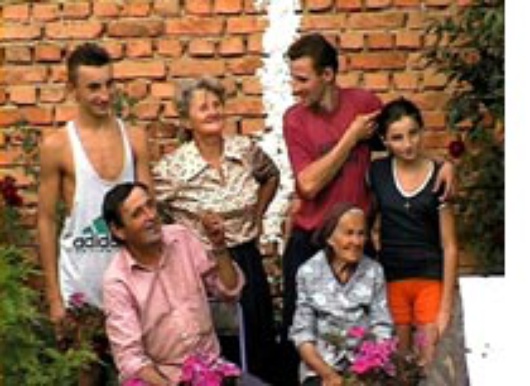 Dayton, 1995. It was in the United States that the agreement which brought the last European war to an end, that of the Yugoslavian conflict, was signed. This date also marked the birth of a new era for the European Union as from this date onwards the western Balkans became a growing preoccupation for the EU. Incapable of handling the Yugoslavian crisis between 1992 and 1995, in 1996 the EU set itself clear objectives in the region. At first, it adopted a regional approach that involved the integration of Albania and the four new states resulting from the break-up of Yugoslavia: Bosnia and Herzegovina, Croatia, the Federal Republic of Yugoslavia (composed of Serbia and Montenegro) and the Former Yugoslav Republic of Macedonia (FYROM).

On May 26 1999 events began to gather pace. The Parliament and the Commission released a report in which was detailed a process of stabilisation and association aimed at the five western Balkan states. The long-term objective of the report being EU membership for the countries concerned. Relations with the EU, in the past integrated into the EU’s regional policy, now begin to be dominated by a policy of enlargement. As it did for the eastern and central European countries, the Commission set up a process preparing for integration based on the creation of a road map that described reforms to be made and provided substantial financial aid.

The Stabilisation and Association Agreement entered into force in 2002. Its aim is to enable the Balkan states to develop economic and commercial relations both at an interregional level and with the Union by means of preferential trade agreements and, in particular, to put in place the reforms necessary to meet the Copenhagen criteria. Each year, the Commission publishes a progress report reviewing the political, economic and normative situation of the Balkan states with regard to the requirements for entry into the EU on which they agreed with the Commission.

EU economic aid was unified and simplified in 2000 within the framework of the CARDS (Community Assistance for Reconstruction, Development and Stabilisation) programme, which replaces the former programmes of Phare and OBNOVA. This financial assistance conforms, of course, to the democratic principles of the rule of law, fundamental freedoms and human and minority rights. CARDS funding increased in the 2002-2006 period to €4.65 billion. The programme finances - in the form of grants - reconstruction projects, the return of refugees and displaced persons to their homes of origin, support for democracy and the rule of law, the development of a market economy, the fight against poverty, training and regional co-operation.

If, at the present time, it is the eastern Balkan states – Bulgaria and Romania, who are expected to become members in 2007 – and Turkey who are holding the reigns of the road to membership, the Commission reaffirmed in a report on May 21 2003 that the integration of the western Balkan states has become a priority in EU policy. Although it is attracting very little attention from the public, and even less so from the media, EU enlargement in south eastern Europe is on the agenda.

For the past three years, the Commission has been following closely the institutional and economic changes in these potential candidate countries. It has even approved the application for membership by Croatia, whose progress in the post-Tudjman era has been truly impressive. Others could follow suit. The entry of these countries into the EU could happen soon – there are talks of 2009 for Croatia. There are, however, differences between countries in the region and the western Balkans are still, for the most part, not prepared for EU membership. While Slovenia is already a member, Bosnia and Herzegovina, much weakened by war, has a long road to economic recovery; Serbia and Montenegro needs to resolve the problem of minorities and the issue of co-operation with the International Criminal Tribunal for the former Yugoslavia (ICTY) and Albania needs to intensify its fight against corruption. As for Kosovo, which is still under UN administration, its final status remains unknown.